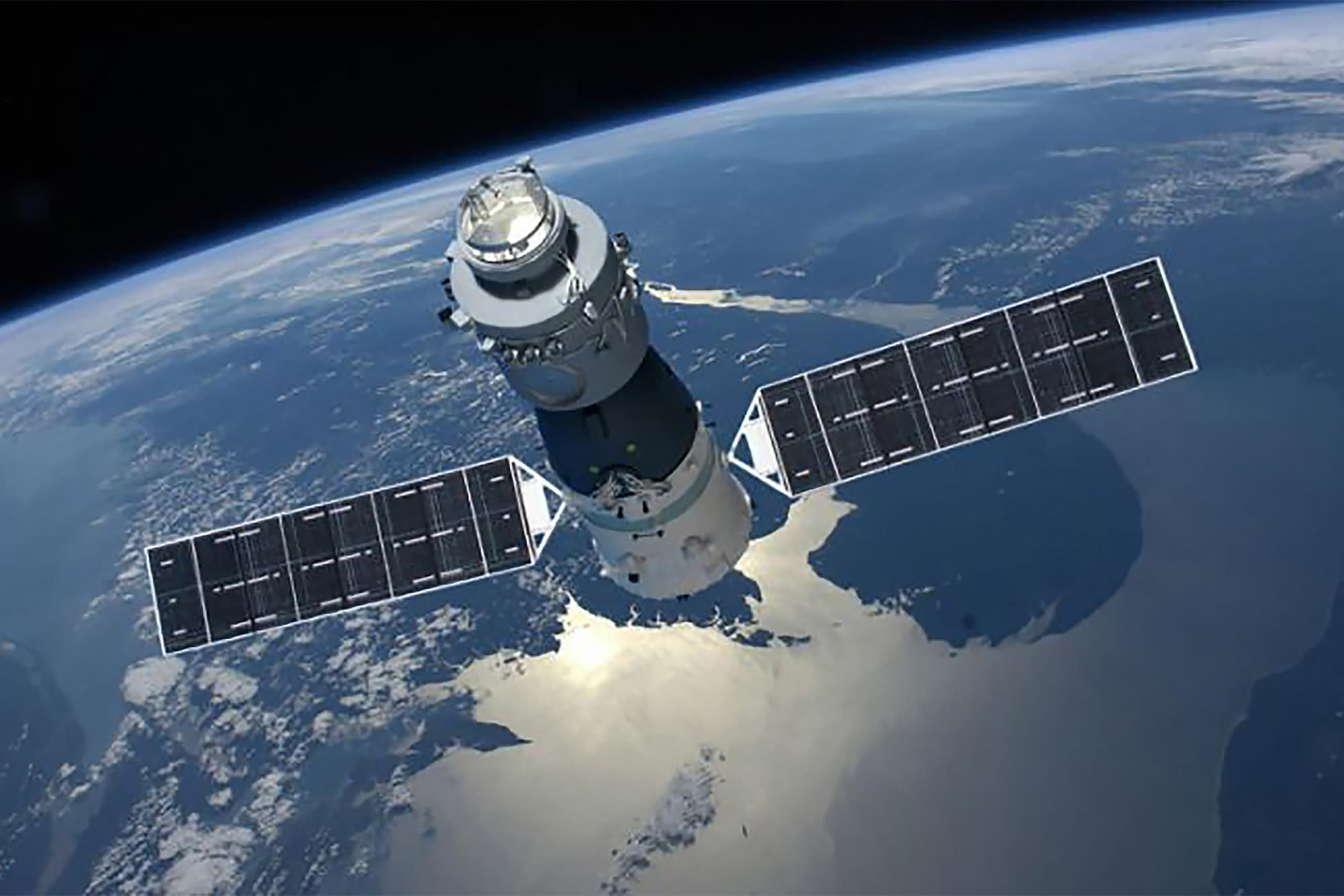 China's Tiangong-1 has met its fiery end. The out-of-control space station plummeted through the Earth's atmosphere at roughly 7:15pm ET on Sunday evening, as expected. Most of Tiangong-1 was destroyed during re-entry, however parts crash-landed somewhere over the South Pacific Ocean. Speaking to Reuters, astrophysicist Brad Tuckers estimated that 10 percent, or 700 to 800KG may have made it to the Earth's surface. "Most likely the debris is in the ocean, and even if people stumbled over it, it would just look like rubbish and be spread over a huge area," he said.

Tiangong-1's demise was confirmed by the China Manned Space Engineering Office and separately by US Strategic Command, with help from "counterparts in Australia, Canada, France, Germany, Italy, Japan, South Korea and the United Kingdom." The event was largely publicised due to misplaced fear that the craft could land on a heavily populated city or town. In truth, this was always highly unlikely — the Earth is mostly ocean, and humanity occupies a relatively small part of the green bits. Still, a human collision was possible, and Tiangong-1's large size (it was 10.4 metres long and weighed 18,740 pounds) was an understandable concern.

The space craft, known as "Heavenly Palace 1," was launched in 2011 as a testbed for orbiting and docking experiments. Two astronaut crews visited the station using Shenzhou capsules in 2012 and 2013; the first mission included Liu Yang, the first Chinese woman in space. China's long-term plan is to have a larger, modular station in orbit by 2023, and originally planned to decommission Tiangong-1 by 2013. That didn't happen, however — possibly because Tiangong-2 wasn't ready — and in 2016, the country's space agency told the UN that it had lost control of the vessel.