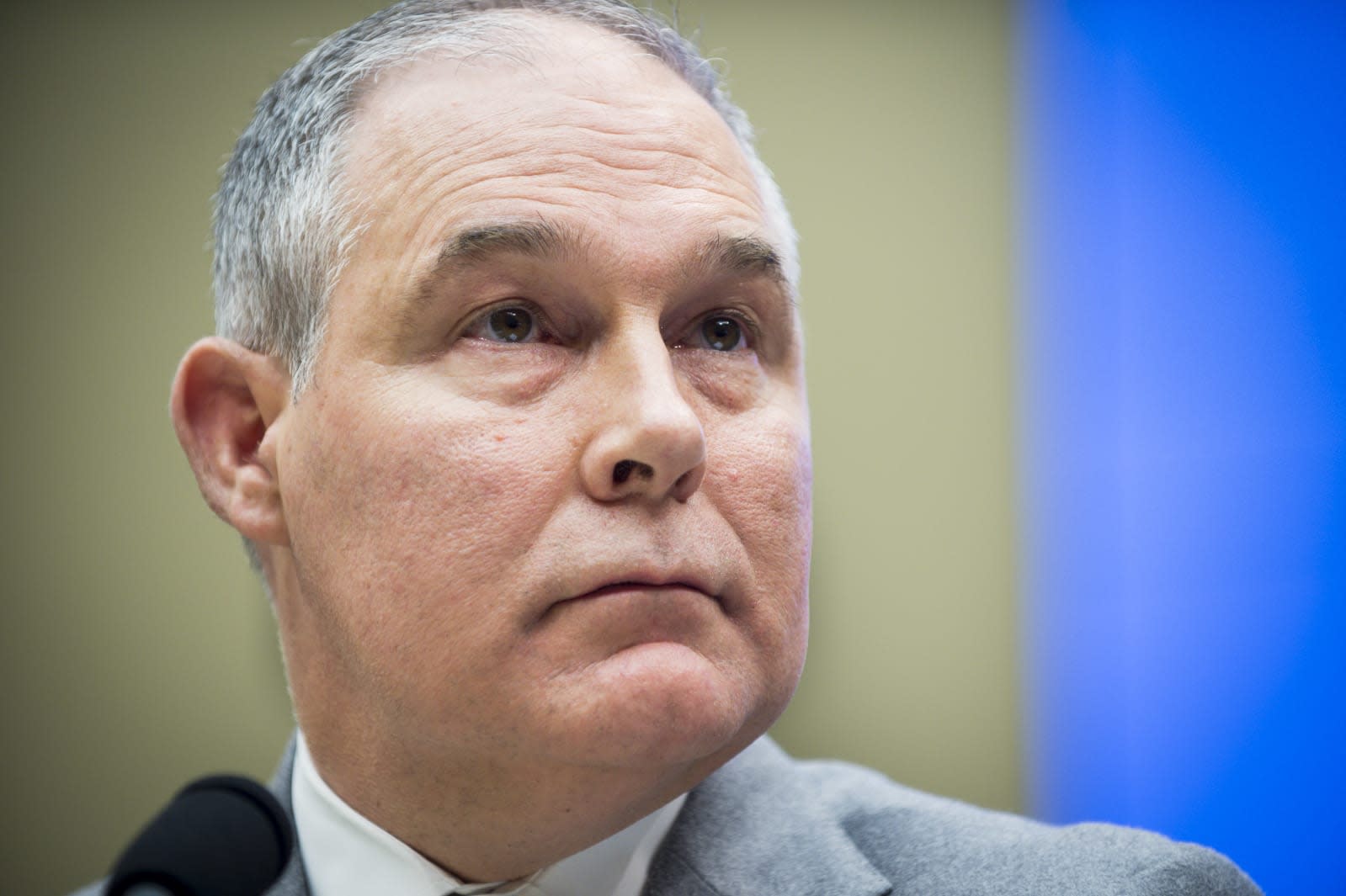 Under the Obama administration, the EPA instituted a set of goals for automakers aimed at improving vehicle efficiency and reducing greenhouse gas emissions. The terms state that companies have until 2025 to get their fuel efficiencies up to a fleet average of 51.4 miles per gallon. But automakers have been asking Donald Trump to change those regulations ever since he took office and now it looks like the EPA will attempt to relax those standards.

In early 2017, companies including Ford, GM, Honda, VW and others sent the president a letter asking him to reconsider the guidelines put in place by the previous administration. And in October, the Alliance of Automobile Manufacturers made those same requests to both the EPA and the National Highway Traffic Safety Administration (NHTSA). The companies claim that the current standards underestimate the costs associated with such goals and overestimate how effective conventional technologies will be in achieving them.

As Bloomberg reports, the Trump administration has now announced that it will begin the process of rolling back the standards that are currently in place. "The Obama EPA's determination was wrong," EPA head Scott Pruitt said in a statement. "Obama's EPA cut the midterm evaluation process short with politically charged expediency, made assumptions about the standards that didn't comport with reality and set the standards too high." The EPA and the NHTSA will now work together on developing a new set of standards.

Additionally, though California currently has a waiver that allows it to set its own vehicle efficiency standards, the EPA said today that it's currently reexamining the issuing of that waiver. "Cooperative federalism doesn't mean that one state can dictate standards for the rest of the country," said Pruitt. "EPA will set a national standard for greenhouse gas emissions that allows auto manufacturers to make cars that people both want and can afford -- while still expanding environmental and safety benefits of newer cars. It is in America's best interest to have a national standard, and we look forward to partnering with all states, including California, as we work to finalize that standard."

California's standards are followed by 12 other states and Senator Dianne Feinstein said last week, "California has its own authority under the Clean Air Act to fight pollution. I fully support California, the largest auto market in the country, to use that authority to retain the achievements being made that will likely result in fuel efficiency of more than 50 mpg by 2025."

This is the latest decision from the Trump administration that deemphasizes environmental protection. So far, it has rolled back Obama-era climate change policies, withdrawn the US from the Paris climate change agreement and removed climate change from the national security strategy. In a statement today, Sierra Club Executive Director Michael Brune said, "Pruitt's decision to side with Ford and the Auto Alliance rather than the overwhelming majority of Americans who want these clean car standards should come as no surprise as this is an administrator who focuses solely on what's best for corporate polluters, not the public."

In this article: automaker, ClimateChange, efficiency, emissions, environment, epa, gear, green, politics, scottpruitt, transportation
All products recommended by Engadget are selected by our editorial team, independent of our parent company. Some of our stories include affiliate links. If you buy something through one of these links, we may earn an affiliate commission.