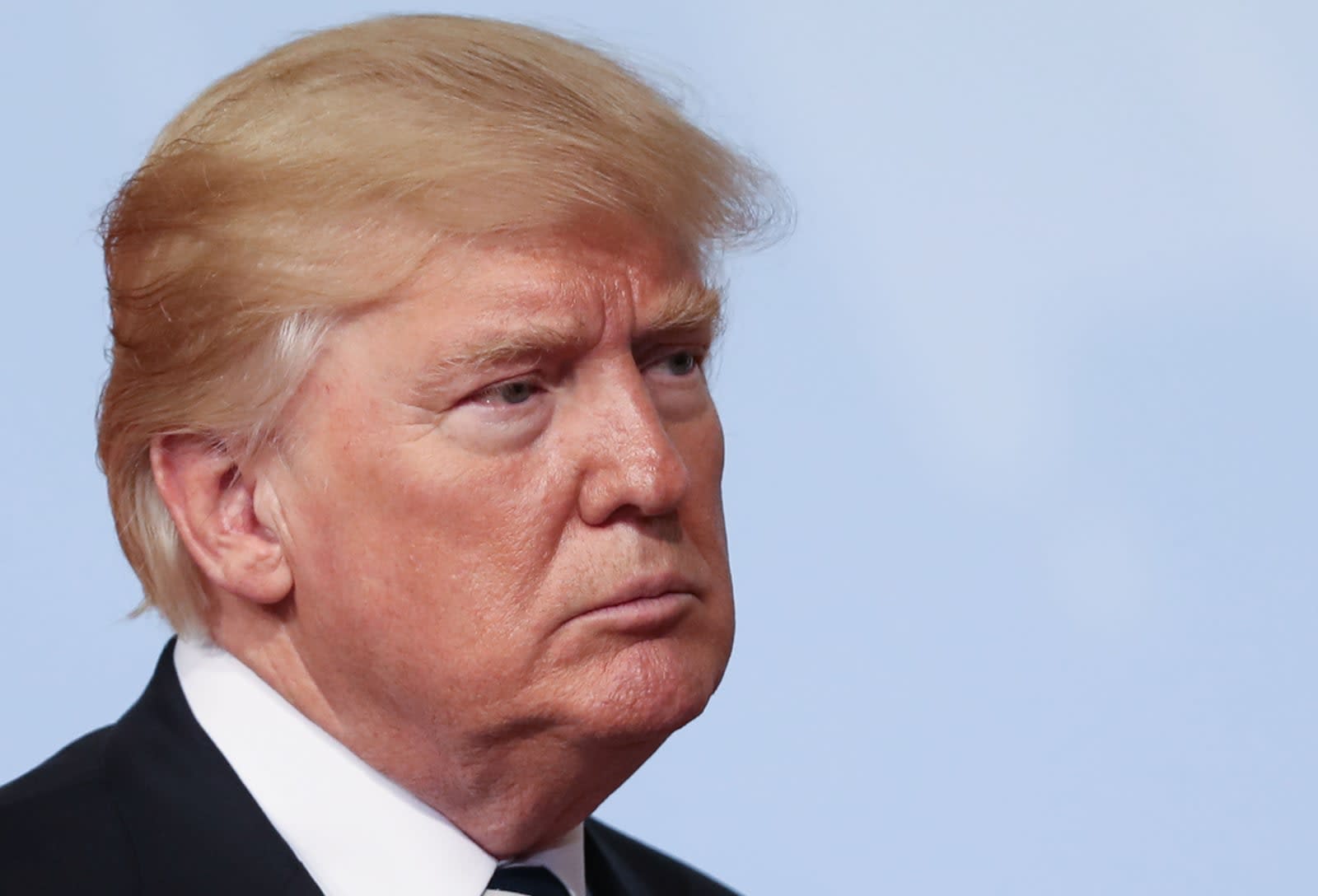 It's no secret that the Trump administration has a sceptical view of all things science-based -- earlier this week it banned the CDC from using that very term -- and now, in the face of mountains of evidence to the contrary, it's taken climate change out of the US national security strategy (NSS) claiming it's not a threat. And in an unprecedented move, Trump broke with normal protocol to launch the new NSS with a speech.

According to a senior White House official: "Climate change is not identified as a national security threat but climate and the importance of the environment and environmental stewardship are discussed." The revised document instead focuses on the impact of economic security, a marked change from the NSS under the Obama administration, which emphasised the national threat of climate change. The paper is allegedly the work of 11 months of collaboration between leading security, foreign policy and economic agencies.

The new NSS follows Trump's decision in June to take the US out of the Paris Agreement, when he declared that he "was elected to represent the citizens of Pittsburgh, not Paris", and that the agreement "hamstrings the United States while empowering some of the world's top polluting countries". Climate change has consistently been deemed a threat to countries around the world, and while one of the biggest nations on the planet fails to take it seriously, that threat becomes even more devastating.

In this article: climatechange, economic, environment, green, NationalSecurityStrategy, NSS, politics, Trump, US, WhiteHouse
All products recommended by Engadget are selected by our editorial team, independent of our parent company. Some of our stories include affiliate links. If you buy something through one of these links, we may earn an affiliate commission.