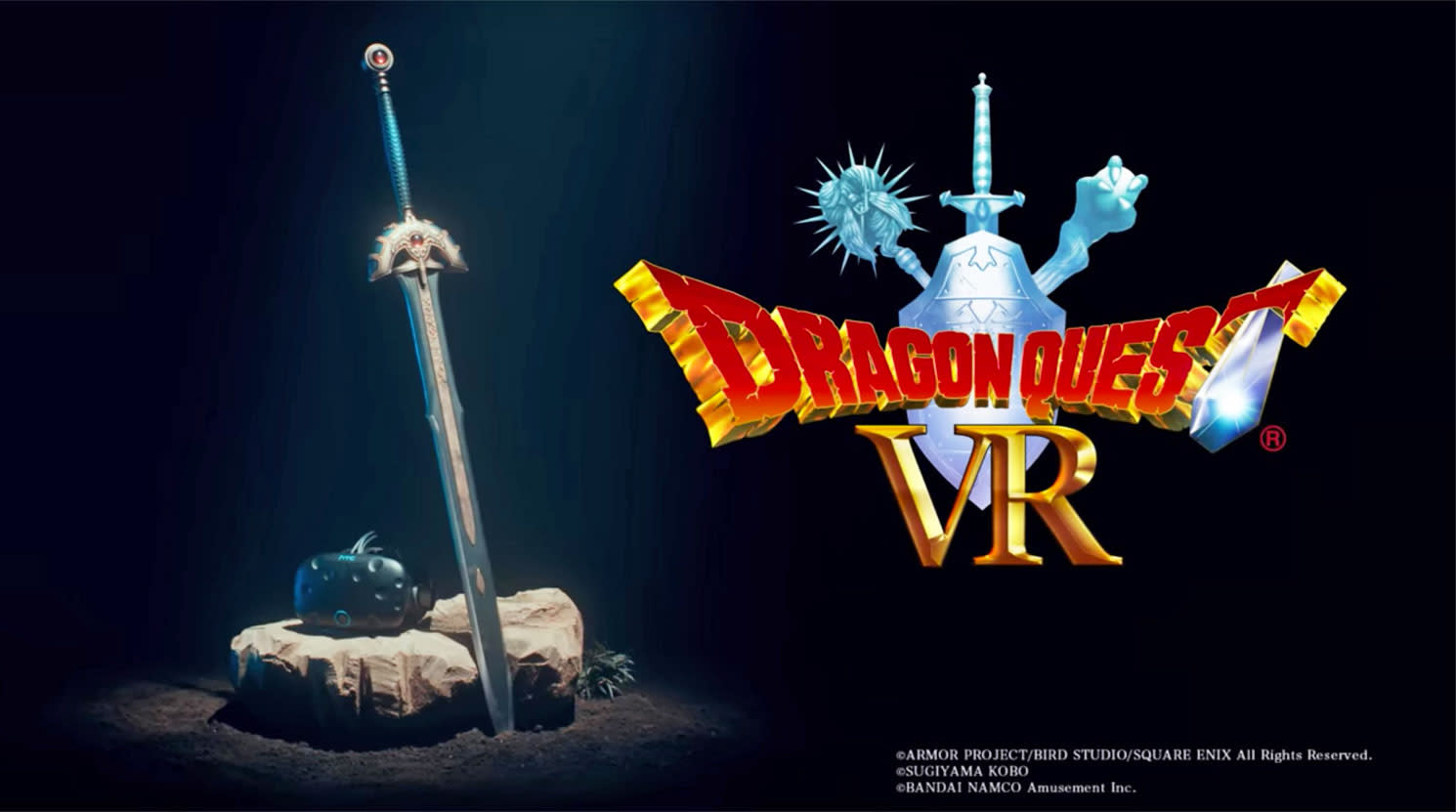 What do you mean you haven't ever played Dragon Quest? One of few JPRGs to have gone toe-to-toe with Final Fantasy and lived to tell the angsty tale, the series is still huge in Japan, even if the games have struggled to amass similar fanbases elsewhere. (Something that its Minecraft-esque spin-off has been trying to fix.)

Next up, then, is virtual reality. Dragon Quest VR is set to launch at the end of April in a Tokyo arcade -- in fact, the same place (Shinjuku's VR Zone) where you can virtually race Mario Kart. Dragon Quest creator Yuji Horii claims the new title is "like a dream" although the YouTube teaser doesn't offer much in regard to gameplay. Well, nothing beyond some guys waving some plastic around while decked in VR gear. At least we know there's a shield involved?

If you're looking for a taste of Dragon Quest away from Nihon and virtual medieval lands, then you'll have to wait on Dragon Quest XI, which launches in Europe and the US in early September, on both PS4 and PC. Japan's been playing it since July last year, on both the 3DS and PS4. There's still no signs that rest of the world will pick up the portable version.

In this article: arcade, dragonquest, dragonquestvr, gadgetry, gadgets, gaming, japan, tokyo, VirtualReality, vr, wearables
All products recommended by Engadget are selected by our editorial team, independent of our parent company. Some of our stories include affiliate links. If you buy something through one of these links, we may earn an affiliate commission.