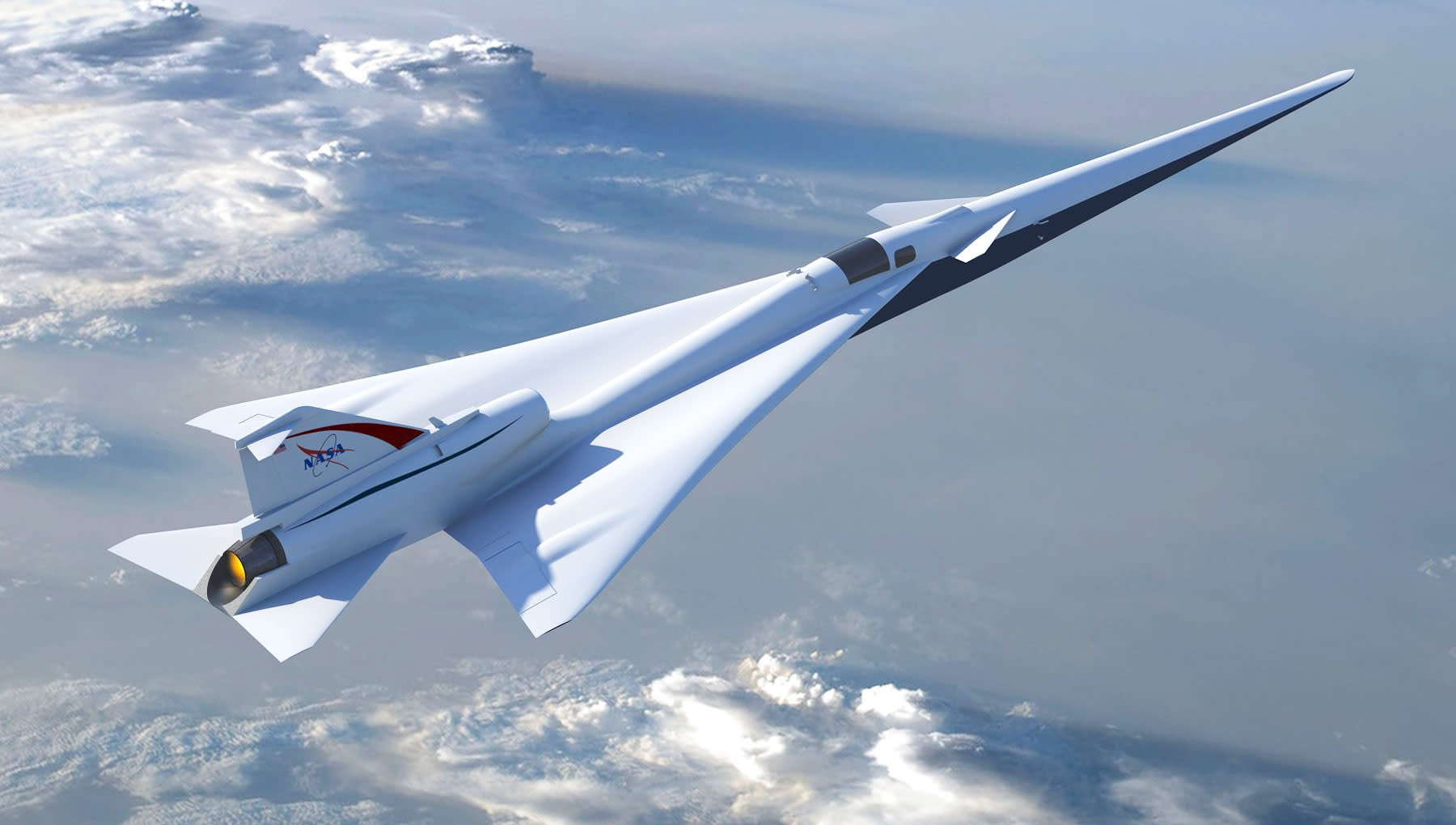 Today, NASA announced its latest X-plane experimental aircraft called the Low-Boom Flight Demonstrator (LBFD). The agency signed a contract to design the plane back in 2016; now it's ready to proceed with development and construction. If the LBFD is successful, it will be a testbed for quiet supersonic technology, and possibly allow for supersonic flights over land, getting passengers from New York to Los Angeles in just two hours.

At a press conference today, Jaiwon Shin, the associate administrator of NASA's Aeronautics Research Mission Directorate, announced that Lockheed Martin would build the aircraft for $247.5 million. Dave Richardson from Lockheed Martin made clear that this plane is not a prototype; it's a research aircraft only. It will start flight tests in 2021.

Lockheed Martin's research will focus on reducing the noise of a sonic boom (hence the name "low boom"), allowing the LBFD to fly quietly over land. It will be flown over select US cities, and then NASA will ask residents and workers in those cities whether they heard anything. They hope to use this data to change the rule that prohibits civil supersonic flights over land, opening the air travel market to supersonic flight on land.

In this article: aircraft, lbfd, nasa, supersonic, tomorrow, transportation, x-plane, xplane
All products recommended by Engadget are selected by our editorial team, independent of our parent company. Some of our stories include affiliate links. If you buy something through one of these links, we may earn an affiliate commission.