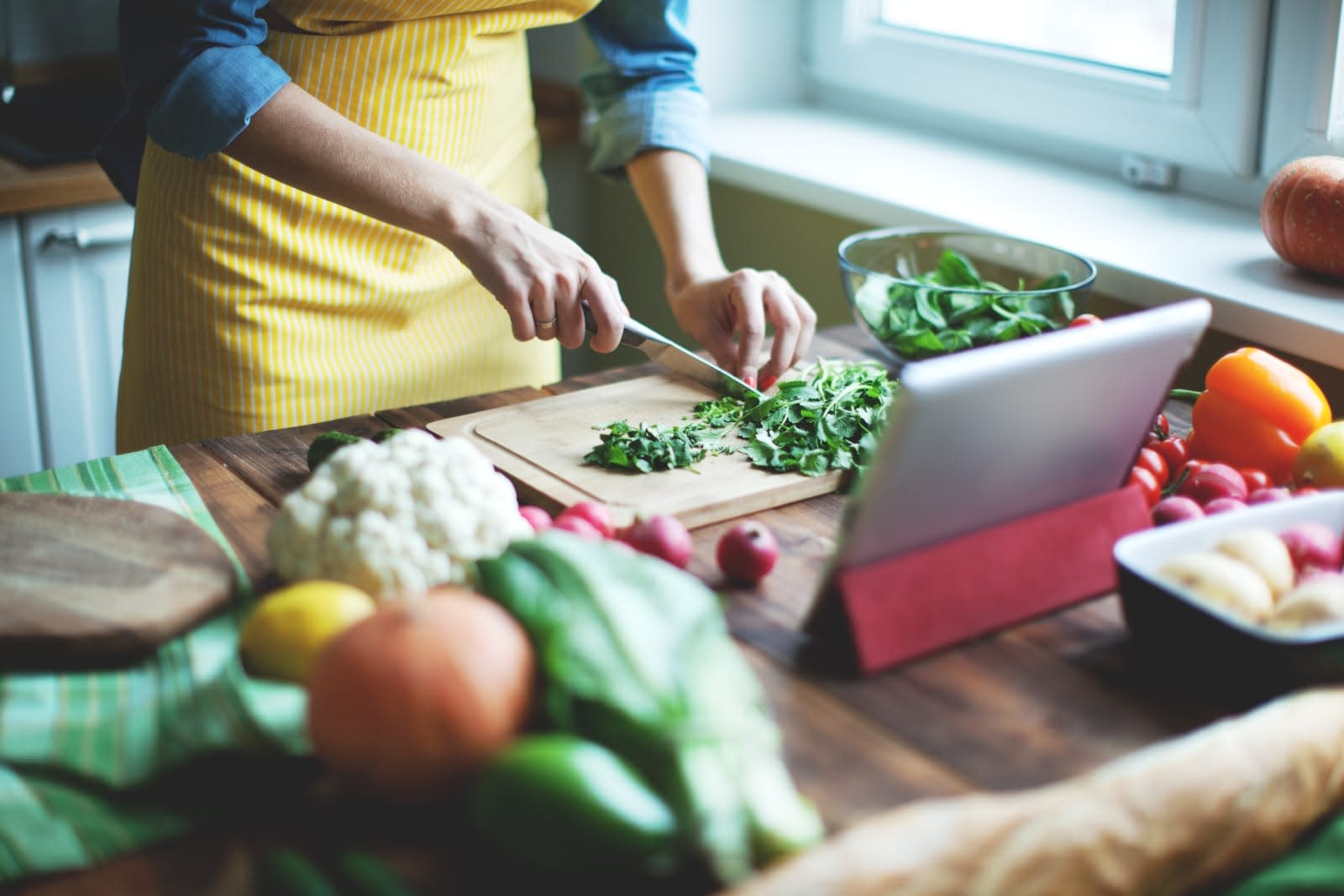 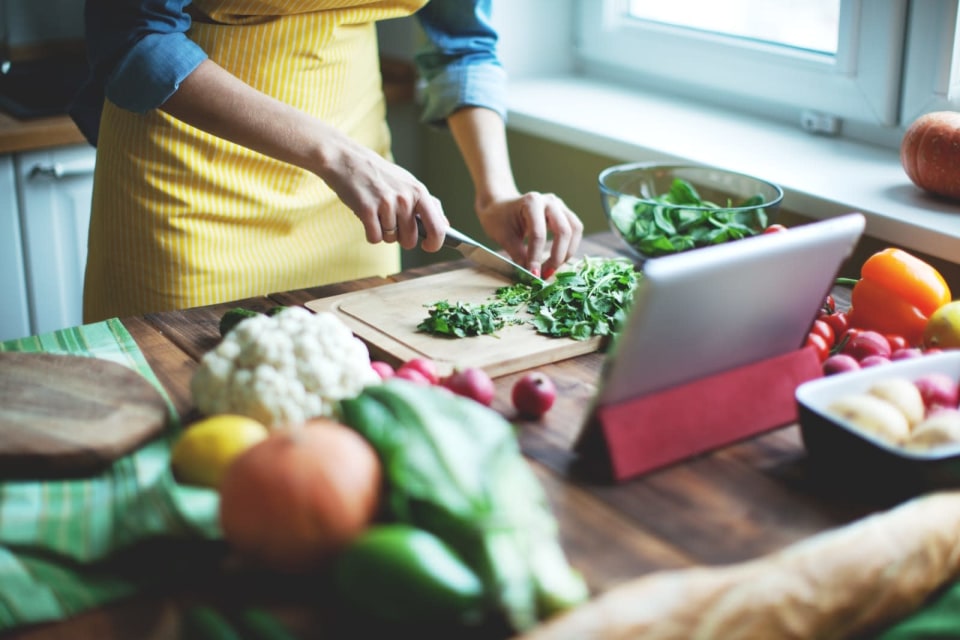 Tablets may not be for everyone, but they're uncannily well suited to the kitchen. They can guide you through recipes or play Netflix shows without taking up as much countertop space as a laptop. And unlike the Echo Show and other screen-equipped smart speakers, you can move them anywhere you like while you prepare your meal. But how do you go shopping for a tablet with kitchen use in mind? It can be tricky, since some of the usual shopping advice goes out the window. Here's what you'll want to consider if you're buying a tablet as a cooking companion.

Buy only the performance you need When you're buying a tablet with a single purpose like the kitchen in mind, don't worry about getting the fastest, most capacious tablet you can afford; you don't need the latest hardware to read the ingredient list. Instead you'll want something that has just enough performance and storage to handle your recipe and media apps for the foreseeable future.

What constitutes "enough" is bound to vary depending on when you're reading this, so we'll spare you the deep dive on specs. However, there are some general rules. If you're at least slightly concerned about speed, look for a device with a processor and memory that would have been cutting-edge a year ago. (As of this writing, the recently updated iPad would fit the bill, as would Android tablets with Snapdragon 400/600 series chips.) And if speed doesn't matter much to you? You don't have to be too picky, although you'll generally want to avoid hardware that's either more than two years old or cuts one too many corners. If you see less than 2GB of RAM or an ancient dual-core chip, you'll want to steer clear.

Storage is usually easier to figure out. At this point, 32GB is common even on budget tablets, and it's usually more than enough for recipe and streaming media apps. You'll want to consider 64GB or more only if you either have many apps or intend to play media stored on the device itself. The microSD card slot you find on some Android and Windows tablets can be helpful if you're not convinced that 32GB will be enough.

If there's any doubt about what's good, you can always use price as a yardstick. As a rule of thumb, any tablet over $500 is likely overkill for the kitchen, while $300 to $350 is the sweet spot if you're willing to splurge a bit. Even then, that might provide far more power than you need. Amazon's Fire HD 10 offers solid performance for as little as $150, and it's not hard to find other tablets in the $150–$200 range that make for adequate cooking helpers.

Naturally, the situation changes if you plan to regularly use your tablet outside the kitchen. You'll clearly have a good reason to spend more on hardware like the iPad Pro or Galaxy Tab S3 if you know your tablet will serve as an all-purpose workhorse. You may still want to exercise some restraint if you'll be using it as part of your meal-making, though, as you really don't want to risk losing a maxed-out iPad Pro or Surface Pro to a kitchen mishap.

Look for designs (and cases) that can handle some abuse 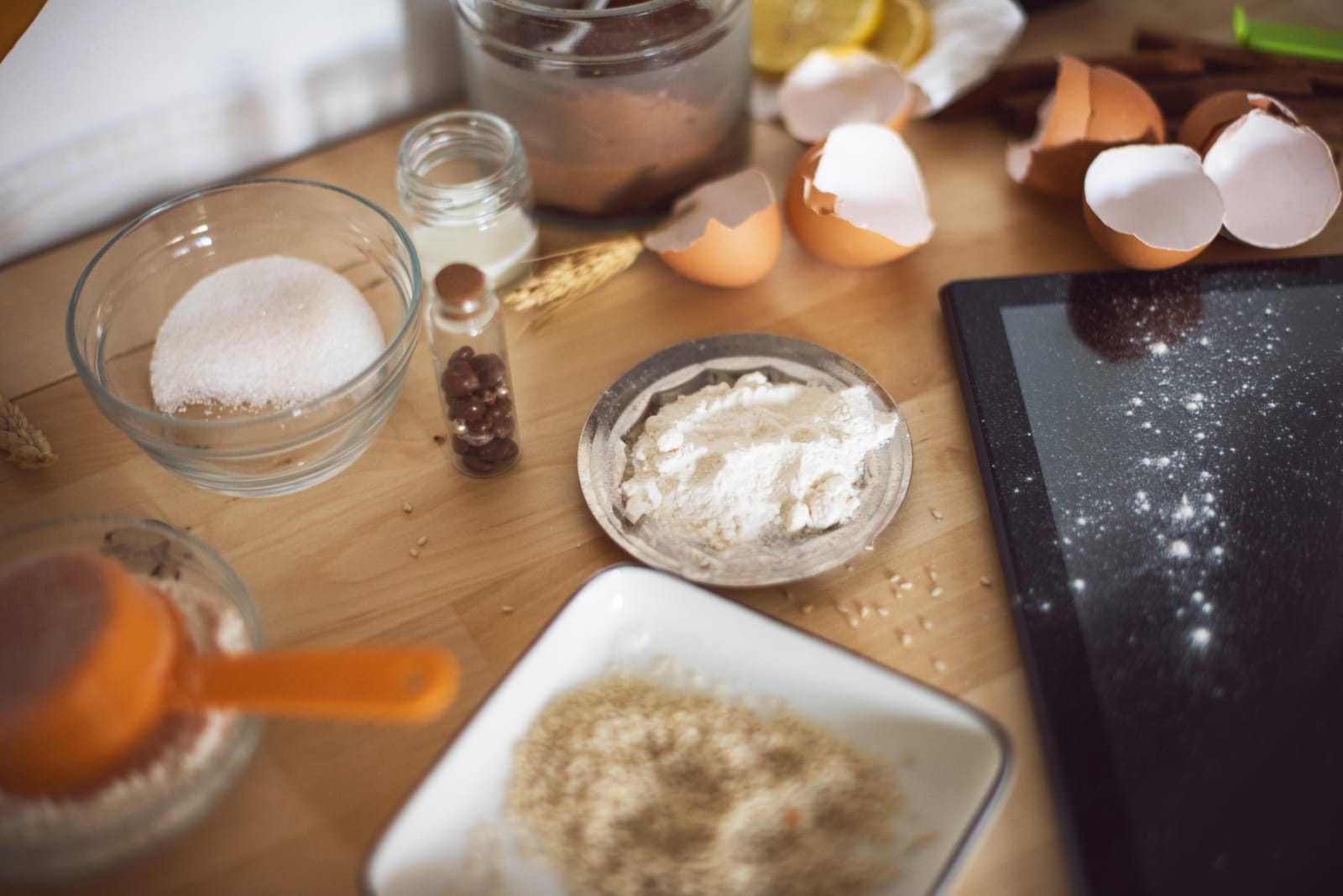 As we've hinted, the kitchen isn't exactly kind to tablets, between messy ingredients and the flurry of activity that could send devices crashing to the floor. That doesn't mean that you'll want a rugged tablet, however. They tend to be costly, and they're typically designed for in-the-field business users rather than the home crowd. You'll be better off looking for a design with solid construction and a healthy selection of cases to protect it.

Whether the chassis is made of aluminum or plastic, a tablet shouldn't feel flimsy or have large panel gaps where flour and other ingredients could get stuck. And when it comes to the case, be sure to get one that adds a layer of protection. You don't have to spring for an extra-tough case, but it should offer at least a modest level of shock resistance. Ideally, it should also have a lip that prevents scratches on the screen if you lay the tablet facedown. We'd consider brands like MoKo and Urban Armor Gear if you're interested in particularly sturdy, stand-equipped cases.

For that matter, keep an eye out for tablets that either have built-in stands (like the Yoga Tab series, if Lenovo updates it) or a selection of stand-equipped cases. Your tablet will likely need to sit upright while you're cooking, and a built-in support can both preserve valuable countertop space and save you from having to buy a dedicated stand. While this is far from a make-or-break element, it might save you some hassle.

Make sure it has the apps you want No matter how powerful a kitchen tablet may be, it's nothing without the apps you want while you're cooking. Android and iOS tablets share many of the same media apps (Netflix and Spotify are virtually ubiquitous), but that's not necessarily true with recipe apps. Popular apps like Epicurious and Yes Chef run only on iOS, for instance. Your best bet is to focus on finding the apps that meet your criteria and then figure out whether or not they'll run on the device you want. Be particularly mindful if you're shopping Fire tablets. Amazon's Appstore does have a slew of popular titles like Allrecipes and Yummly (not to mention recipe-friendly social apps like Pinterest), but the selection is considerably smaller than on Google Play.

In some cases, the most important app may already be built-in: a voice assistant. Amazon Alexa and Google Assistant can both walk you through recipes using spoken commands, making them invaluable if you don't want to look at the screen while you're baking dessert. Apple's Siri doesn't currently have the developer support needed for step-by-step voice control over recipes. That's not necessarily a deal-breaker, but it does mean that you'll be relying more on third-party apps with hands-free features.

And whichever apps you choose, don't forget to take their specific features into account when you're tablet shopping. If you're going to depend heavily on spoken commands or music, loud stereo speakers (found on tablets like Amazon's Fire HD 10 and Lenovo's Tab 4) are a definite plus; if you watch a lot of video or just don't want to squint at instructions, be ready to pay for a reasonably large (9 inches or larger) screen. Cases aren't the only add-ons you should consider buying. Whichever tablet you get, it's worth setting aside some money for kitchen-oriented accessories that could make your life easier.

If your tablet or case doesn't have a kickstand, a dedicated tablet stand should be high on your priority list. You don't normally have to worry about compatibility, but it's worth getting a stand with both grippy rubber contact points and a wand that will let you poke at the screen without getting it dirty. (Prepara's iPrep is a notable example.) Don't worry about getting a tablet with stylus support -- you probably don't want to use an expensive pen with grease-covered hands.

Should counter space be at a premium, look at a tablet mount that either clamps to a table edge or sticks to your wall or fridge. We don't have specific recommendations, but you'll want a mount that's sturdy, offers a firm grip and doesn't revolve around one tablet brand or model. You don't want to throw out your mount (or any other accessories, really) when it's time to upgrade your tablet.

And if you work in a very noisy kitchen or want more than your tablet's built-in audio, it's worth budgeting for a speaker. It doesn't need to be powerful, but it's worth looking at Bluetooth speakers, especially compact portable models like the UE Wonderboom or Beats Pill. Kitchen tablets are alluring in part because you can place them wherever you want, and ideally your speaker has that same kind of freedom.

In this article: android, buyersguide, cooking, food, food and drink, food-and-drink, foodanddrink, gear, howto, ipad, kitchen, mobile, personal computing, personalcomputing, tablet, thebuyersguide, windows
All products recommended by Engadget are selected by our editorial team, independent of our parent company. Some of our stories include affiliate links. If you buy something through one of these links, we may earn an affiliate commission.