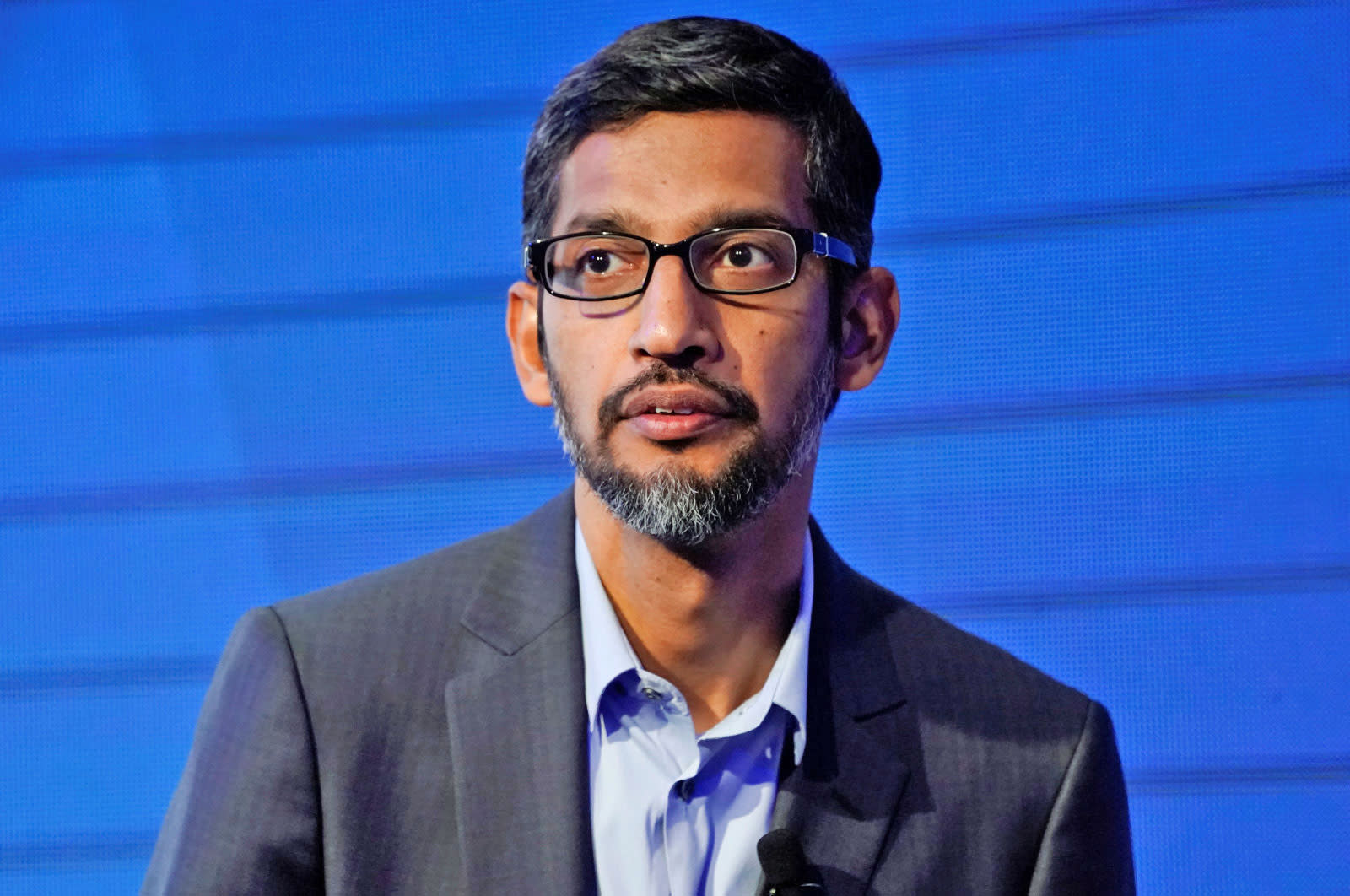 Over 3,100 Google employees have signed a petition opposing the company's part in a Pentagon AI program. The letter asked CEO Sundar Pichai to pull Google out of the project, which harnesses artificial intelligence to analyze video and could improve drone targeting. Further, it urged him to establish and enforce a policy that kept the company or its subsidiaries from ever building "warfare technology."

That could include a lot of things, but if this partnership is a baseline, said policy would include simply providing government agencies with Google's tech. Gizmodo broke the news last month that the company would lend AI TensorFlow programming kits to the Pentagon's Project Maven, and according to sources, employees were outraged that the government would use it to improve drone operations.

The Pentagon first announced Project Maven last May as a next-gen application of machine learning to churn through big data to get 'actionable' intelligence more quickly. Some of this is intended to automate administrative tasks, but Google's AI tech would improve the system's ability to parse video and could be used to better identify both targets and civilians.

Despite what Google maintained was a "non-offensive" involvement with the Pentagon project, the letter to Pichai claimed that involvement would tarnish the corporation's brand.

"Amid growing fears of biased and weaponized AI, Google is already struggling to keep the public's trust," the internally-circulating petition read, according to The New York Times. "The argument that other firms, like Microsoft and Amazon, are also participating doesn't make this any less risky for Google. Google's unique history, its motto Don't Be Evil, and its direct reach into the lives of billions of users set it apart."

When reached for comment, Google provided the following statement:

An important part of our culture is having employees who are actively engaged in the work that we do. We know that there are many open questions involved in the use of new technologies, so these conversations - with employees and outside experts - are hugely important and beneficial.

Maven is a well publicized DoD project and Google is working on one part of it - specifically scoped to be for non-offensive purposes and using open-source object recognition software available to any Google Cloud customer. The models are based on unclassified data only. The technology is used to flag images for human review and is intended to save lives and save people from having to do highly tedious work.

Any military use of machine learning naturally raises valid concerns. We're actively engaged across the company in a comprehensive discussion of this important topic and also with outside experts, as we continue to develop our policies around the development and use of our machine learning technologies."