When you think about the numbers associated with Volkswagen's US "Dieselgate" scandal, it's easy to zone out. $25 billion in claims and fines ... 500,000 vehicles affected ... 294,000 vehicles in storage -- figures like that are hard to fathom. Reuters has put some of it in perspective, however, with a photo essay showing how VW and Audi are housing affected vehicles.

The scandal erupted when investigators discovered that VW used software that reduced vehicle emissions during tests, even though real world pollution levels were up to 35 times higher. As part of a $25 billion settlement, which includes claims from owners, dealers and government, Volkswagen agreed to buy back 500,000 affected cars. So far, it has fixed and resold 13,000 of those, and destroyed 28,000. But where is it keeping the rest?

Images in the article show some of the 294,000 vehicles housed at 37 facilities by the tens of thousands. Those include a defunct Detroit football arena, a shuttered paper mill in Minnesota and a desert vehicle cemetery in Victorville, California. 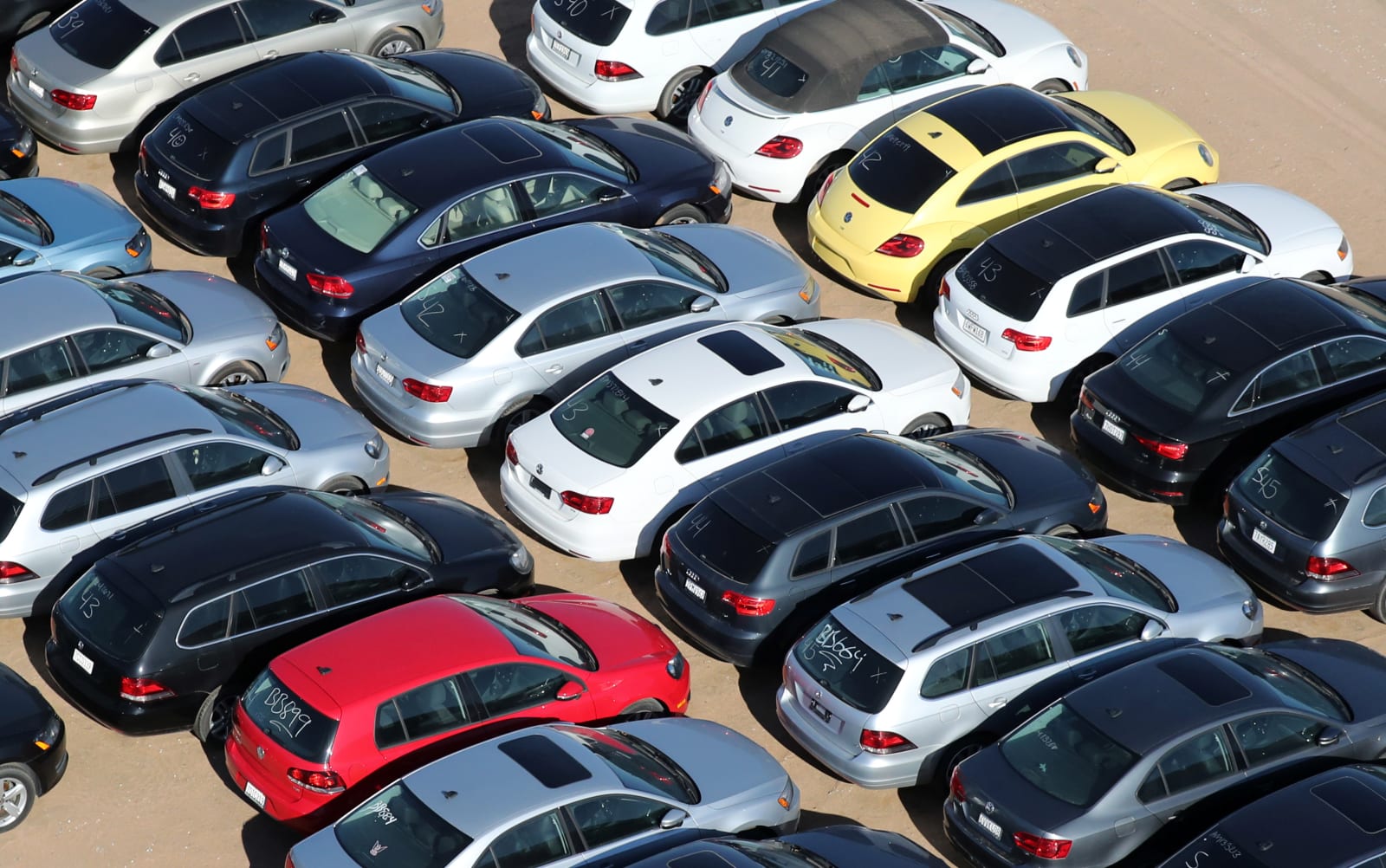 From afar, they're just specs of mostly black, white red, and gray (black is not a very original car color choice, it seems). Zooming in close, however (above) you see that these are actual vehicles, some of which cost upwards of $80,000, built from the blood and talent of thousands of workers in the US and abroad.

By some estimates, VW's corporate malfeasance caused up to 20,000 deaths a year from respiratory disease and other health issues. It's also lamentable that perfectly good cars are being stored or destroyed, considering the amount of time and energy that went into making them and the use that they could otherwise be put to.

For all that, the automaker received a relative wrist-slap of three years probation and a $4.3 billion fine for three felony counts. US compliance officer Oliver Schmidt did get seven years for his part in the cover-up, but no higher-level executives have even been charged. That's despite the fact that Schmidt told a judge he "was directed to follow [talking points] ... approved by management level supervisors at VW, including a high-ranking in-house lawyer."