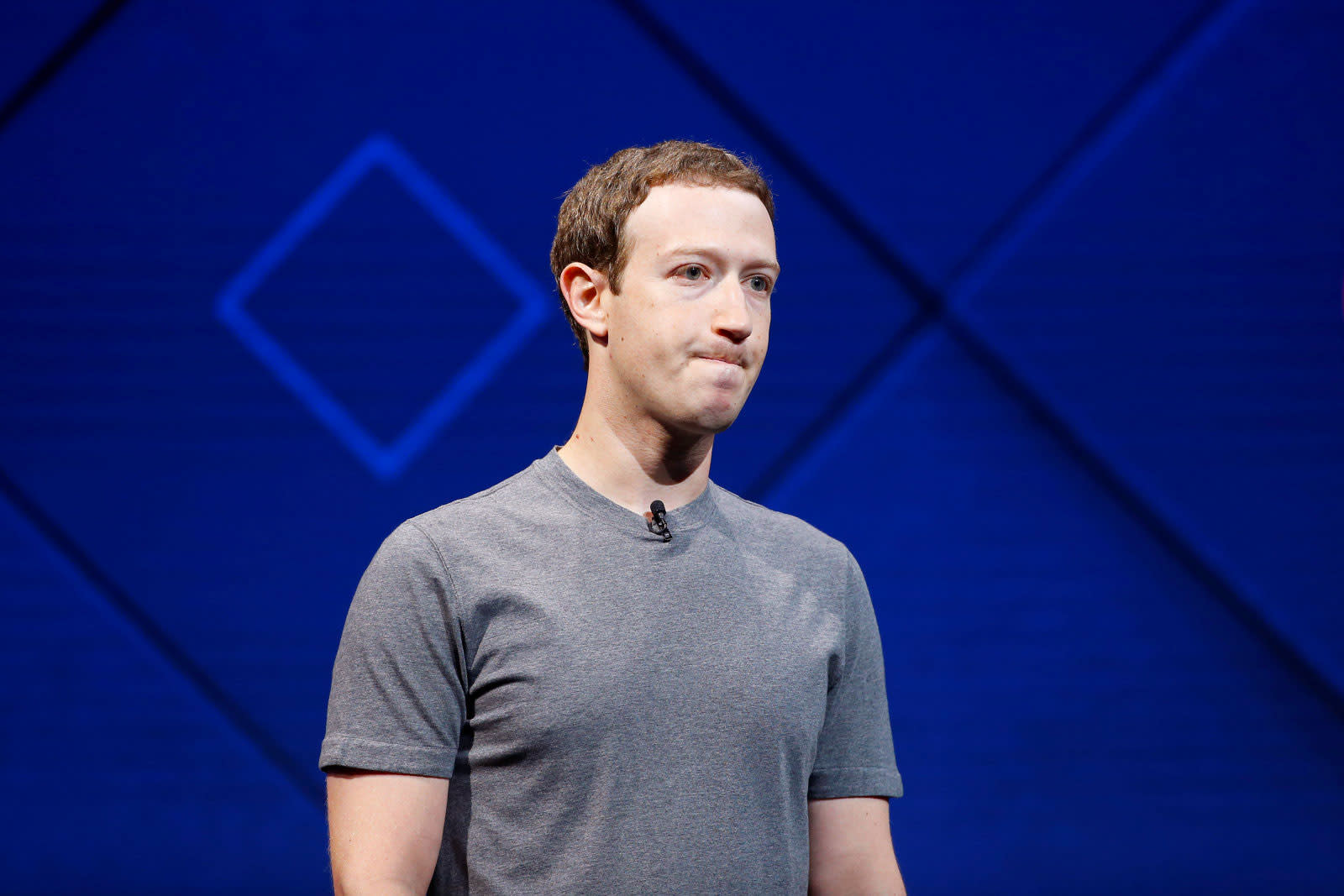 Facebook has been ramping up its damage control as outrage continues over the Cambridge Analytica mess. But it seems nobody at the social media company has been let go as a consequence. On a media conference call, Mark Zuckerberg confirmed that no employee was fired in the wake of the scandal because, in his words, it's his fault: "At the end of the day this is my responsibility," he said.

Has anyone been fired in the wake of the Cambridge Analytica data scandal?
Mark Zuckerberg: I have not. At the end of the day this is my responsibility. I'm not looking to throw anyone else under the bus for mistakes that we've made here.

Zuckerberg won't be firing himself, either. Separately, he was asked if he still feels like he's the best person to run Facebook ('Yes') and if the board discussed him stepping down as chairman ('Not that I'm aware of'). Which was, predictably, an awkward moment in a public call.

Most awkward moment on Facebook press call so far: reporter asks if board has talked about Zuckerberg stepping down. His answer: "Not that I'm aware of." Followed by 3-second silence.

And those of you hoping that #deletefacebook made enough of a dent in the platform's userbase will be disappointed. When asked if he'd seen any change in usage from the movement, Zuckerberg said "I don't think there's been any meaningful impact that we observed. Look, it's not good. I don't want anyone be be unhappy with our service. Even if we cant measure change, it still speaks to people feeling like this is a massive breach of trust."

In this article: business, data, dataprivacy, facebook, internet, interview, MarkZuckerberg, security
All products recommended by Engadget are selected by our editorial team, independent of our parent company. Some of our stories include affiliate links. If you buy something through one of these links, we may earn an affiliate commission.