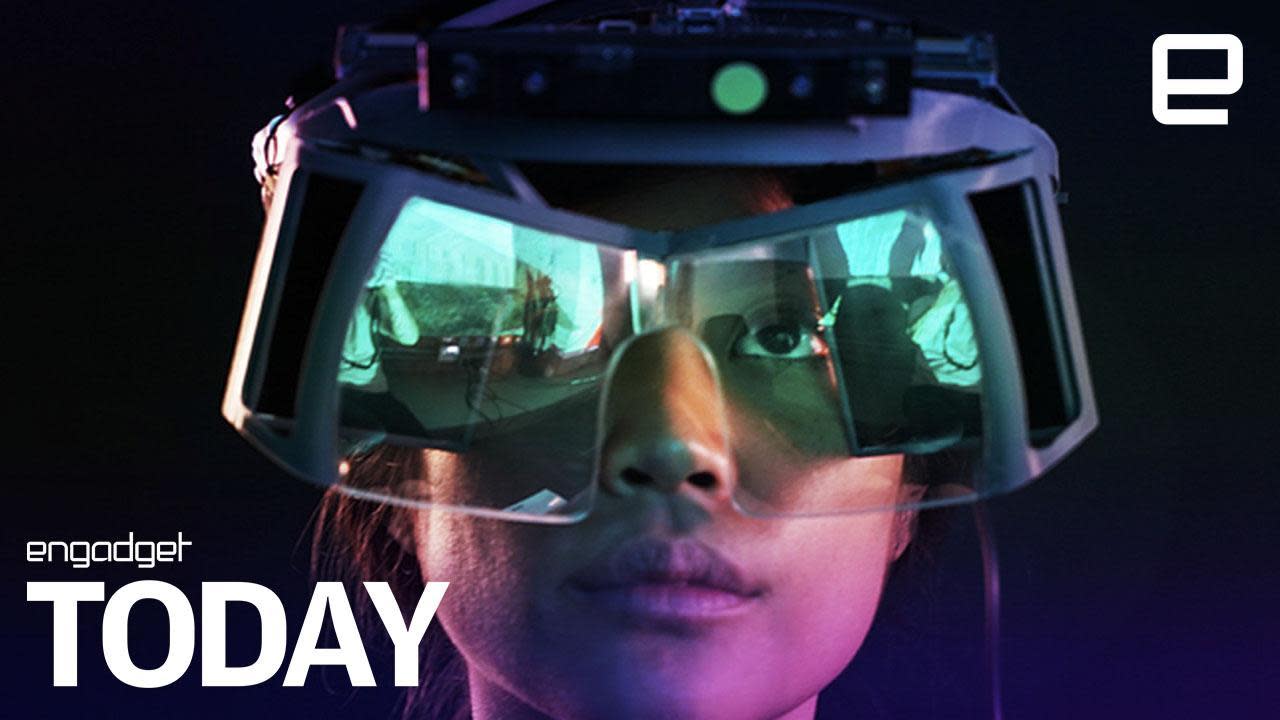 Leap Motion is a company most famous for building a gesture-recognition doodad for PCs that wound up integrated into keyboards. Since then, however, it has built ever-smarter sensors that can bring hand gestures to VR without the use of dedicated controllers. Now, the outfit is taking its biggest ever, er, jump by announcing Project North Star, a proposed augmented reality headset it plans to open-source next week.

In a blog post, co-founder David Holz explains that the advent of AR is, at some point, going to become a pretty big deal. Consequently, the company has developed its own Hololens-esque device, albeit with a tasty-looking specsheet. The North Star headset would use a pair of 3.5-inch, ultra-bright, low-persistence, 1,600 x 1,440 displays running at 120 fps that is paired with Leap's 180-degree hand tracking sensors.

Holz believes that the specifications and design are such that it would be possible to build North Star, at scale, for just $100 per unit. It's hoped that with a relatively low cost and open-source hardware and software, third parties can experiment with the technology. These experimental AR systems will theoretically find places for the technology to work, and how best to go forward with it in the future.

working on something new pic.twitter.com/IyQgRLNBdb

Of course, there are still plenty of unknowns here, including the fact that Leap Motion may not build any hardware itself. Plus, it remains to be seen if its software is the equal to, say, Magic Leap's apparently bleeding-edge, albeit top secret, systems. The fact that employee Keiichi Matsuda has already demonstrated some early hand-tracking tests does, at the very least, bode well for the technology.

Then again, it's easy to wheel out a spec sheet and tell others that they can mass-produce it for a small up-front fee. Mass-adoption of AR will require plenty of investment from companies, creators and consumers, and it doesn't necessary make anyone confident if Leap won't get involved itself.

In this article: aoloriginals, AR, av, DailyShow, Engadget, EngadgetToday, EngadgetVideo, entertainment, gear, HoloLens, LeapMotion, MagicLeap, NorthStar, tomorrow, video, wearables
All products recommended by Engadget are selected by our editorial team, independent of our parent company. Some of our stories include affiliate links. If you buy something through one of these links, we may earn an affiliate commission.