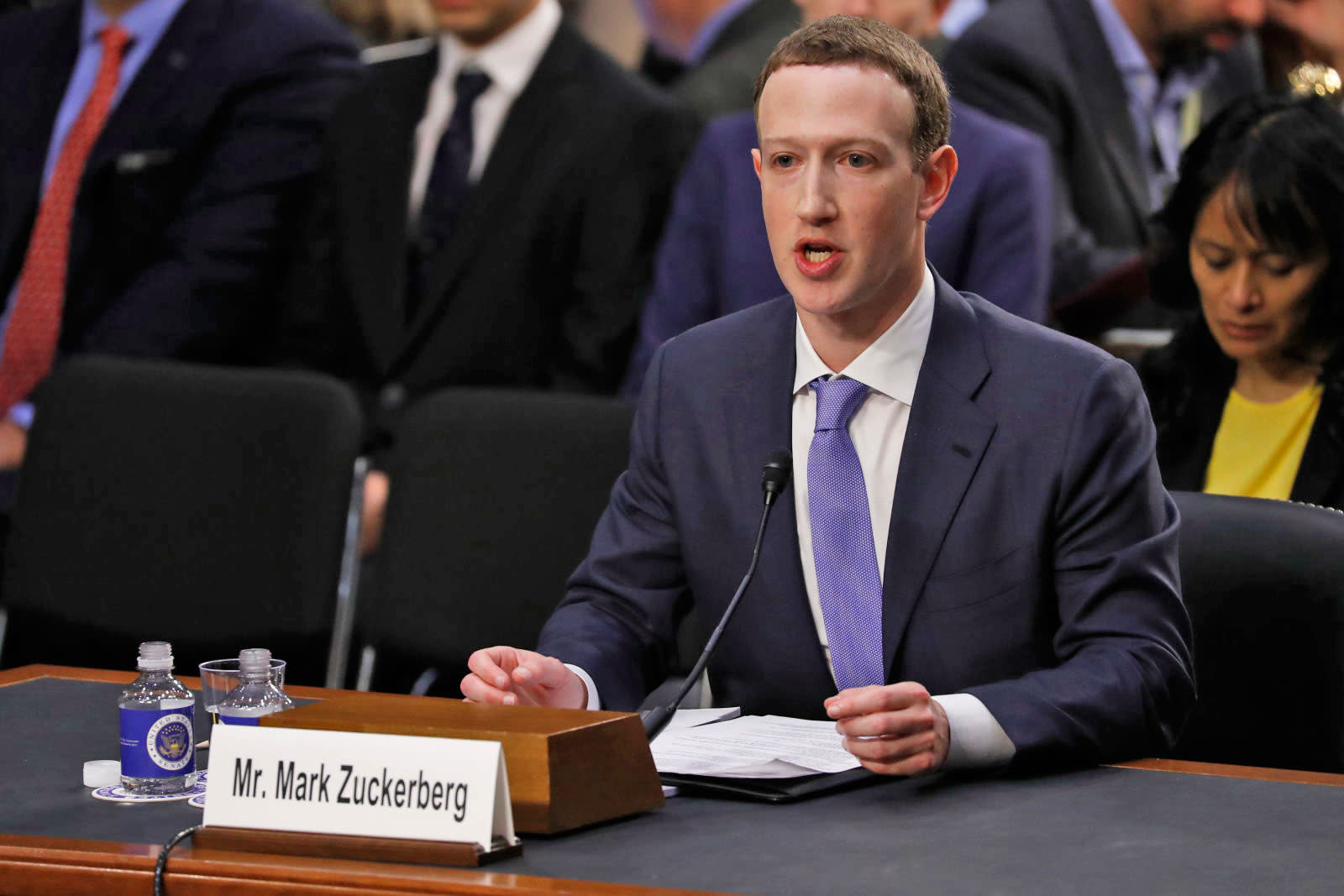 During today's joint hearing before the Senate Judiciary & Commerce Committees, CEO Mark Zuckerberg faced one question that addresses a privacy concern you've probably heard about: whether or not Facebook listens in on your conversations via microphones to display relevant ads. It's a conspiracy theory that won't die, but Zuckerberg fully denied it when asked by Senator Gary Peters (D-MI).

Peters asked him to answer "yes or no" whether Facebook used audio from personal devices to fill out its ad data, and Zuckerberg said no. The CEO explained that users can upload videos with audio in them, but not the kind of background spying that you've probably heard people talk about. So are you satisfied, or are you still wrapping your phone in foil while discussing vacation plans, TV purchases or other advertising-rich topics?

Zuckerberg pinky swears that Facebook isn't using your microphone to spy on your conversations for ad targeting, ok?https://t.co/e94gZLcGs4 pic.twitter.com/hdi1TvTnEf

Peters: I have heard constituents say Facebook is mining audio from their mobile devices for the purpose of ad targeting. This speaks to the lack of trust we are seeing. I understand there are technical and logistical issues for that to happen. For the record, I hear it all the time, does Facebook use audio obtained from mobile devices to enrich personal information about its users?

Zuckerberg: We do not. Senator, Let me be clear on this. You are talking about the conspiracy theory passed around that we listen to what is going on on your microphone and use that. We do not do that. We do allow people to take videos on their device and share those. Videos also have audio. We do, while you are taking a video, record that and use that to make the service better by making sure that you have audio. That is pretty clear.

In this article: ads, advertising, audio, facebook, gear, internet, MarkZuckerberg, microphone, spying
All products recommended by Engadget are selected by our editorial team, independent of our parent company. Some of our stories include affiliate links. If you buy something through one of these links, we may earn an affiliate commission.