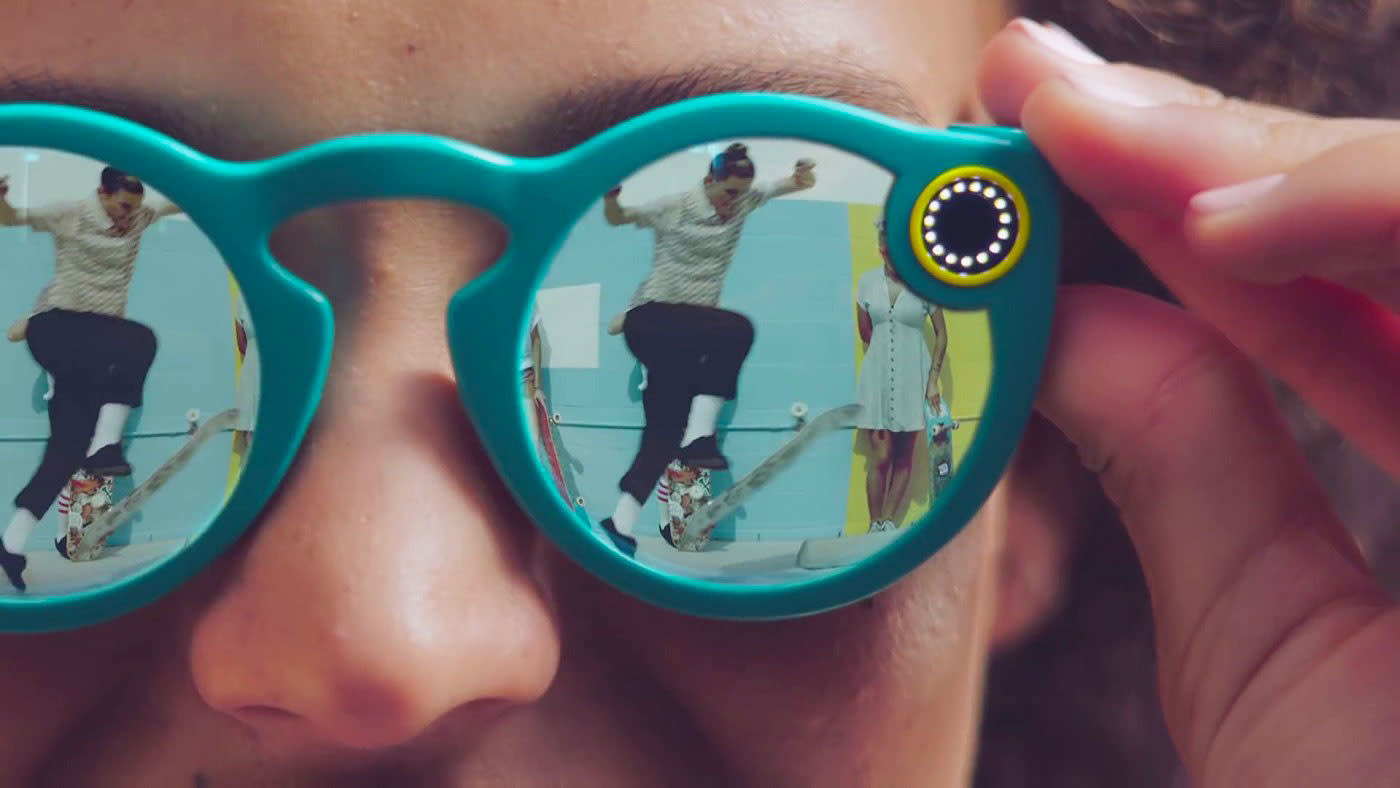 Snap's first forays into hardware may not have been a rousing success -- a year after the launch of Spectacles there were reportedly hundreds of thousands of pairs still sitting in Chinese warehouses. However, it seems the company isn't willing to admit defeat just yet, as a new FCC filing has surfaced suggesting a new version of the tech is on its way.

The filing for a "wearable video camera" -- heavily redacted, of course -- doesn't reveal any meaty details about the potential device, but refers to it as "Model 002", indicating it's the second version of the product. According to the filing, it will support the 802.11ac WiFi standard, which means faster file transfers. The original Spectacles included a FCC ID label on the physical device, whereas the new version will come with an electronic ID label, accessible within the Snapchat app. Could this mean a redesigned frame?

Sources have reported that Snap is working on two new versions of Spectacles: one with smaller tweaks to the existing device, and another with GPS and a dual camera, slated to sell for as much as $300. But if the company struggled to sell its originals for $129, the premium device will probably have to boast a raft of additional features to make it appealing to a mainstream market -- especially since much of the product's young demographic are unlikely to be particularly cash rich. We've approached Snap for comment.

In this article: app, dualcamera, gadgetry, gadgets, gear, GPS, Snap, Snapchat, Spectacles, wearables
All products recommended by Engadget are selected by our editorial team, independent of our parent company. Some of our stories include affiliate links. If you buy something through one of these links, we may earn an affiliate commission.