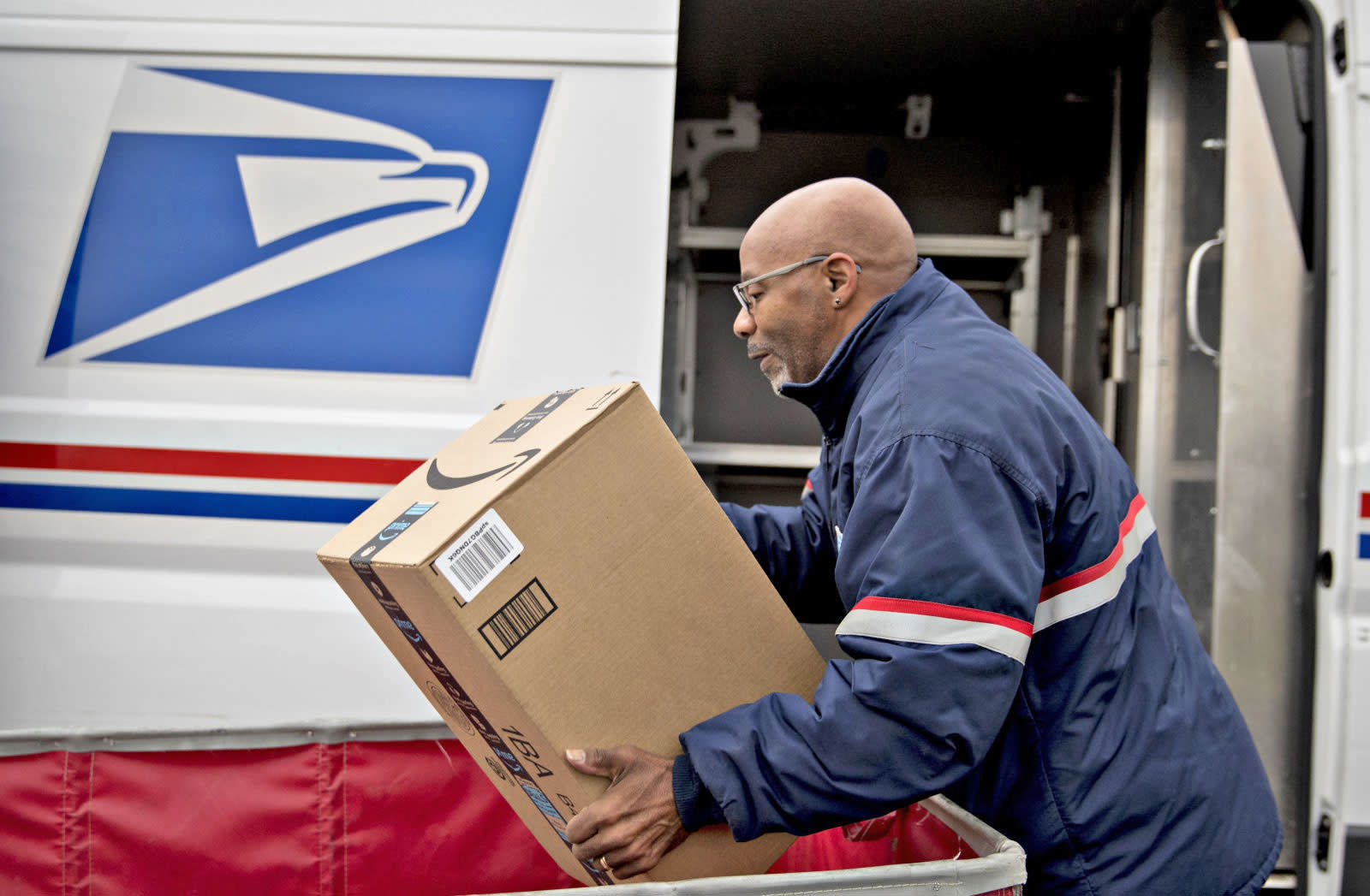 President Trump recently tweeted that the US Postal Service's deal with Amazon was bad for taxpayers, but he has now taken his complaints beyond social media, the New York Times reported. The White House has convened a task force to examine the service's operations and "conduct a thorough evaluation of the operations and finances of the USPS," the order states.

Trump has said that the USPS loses $1.50 for every Amazon package it delivers. However, experts have countered that the while the service does lose money delivering first class mail, e-commerce package deliveries are profitable. In 2017 they brought in $19.5 billion, up 11.4 percent over the year prior.

Trump ordered the task force to look at how the USPS does package deliveries with companies like Amazon, and also at declines in mail volume. "A number of factors, including the steep decline in first-class mail volume, coupled with legal mandates that compel the USPS to incur substantial and inflexible costs, have resulted in a structural deficit," the order states. "The USPS is on an unsustainable financial path and must be restructured to prevent a taxpayer-funded bailout."

Amazon also uses all major logistics companies in the US. Amazon does use USPS but, if an arrangement were to become uneconomic to Amazon, Amazon has plenty of options. What are the options for the USPS?

Trump's Amazon Twitter tirades have often coincided with negative press from the Washington Post, a paper owned privately by Amazon CEO Jeff Bezos. Experts have noted that its nearly unprecedented for a sitting president to criticize a US business, and some of those rants have actually caused the company's stock to fall.

In any case, revenue the USPS makes from Amazon helps offset unprofitable parts of its business, so raising rates to gain more revenue may produce the opposite outcome, said financial analyst Scott Devitt. "Amazon also uses all major logistics companies in the US," he wrote in a report. "Amazon does use USPS but, if an arrangement were to become uneconomic to Amazon, Amazon has plenty of options. What are the options for the USPS?"

In this article: amazon, gear, politics, shipping, taskforce, Trump, USPostalService
All products recommended by Engadget are selected by our editorial team, independent of our parent company. Some of our stories include affiliate links. If you buy something through one of these links, we may earn an affiliate commission.