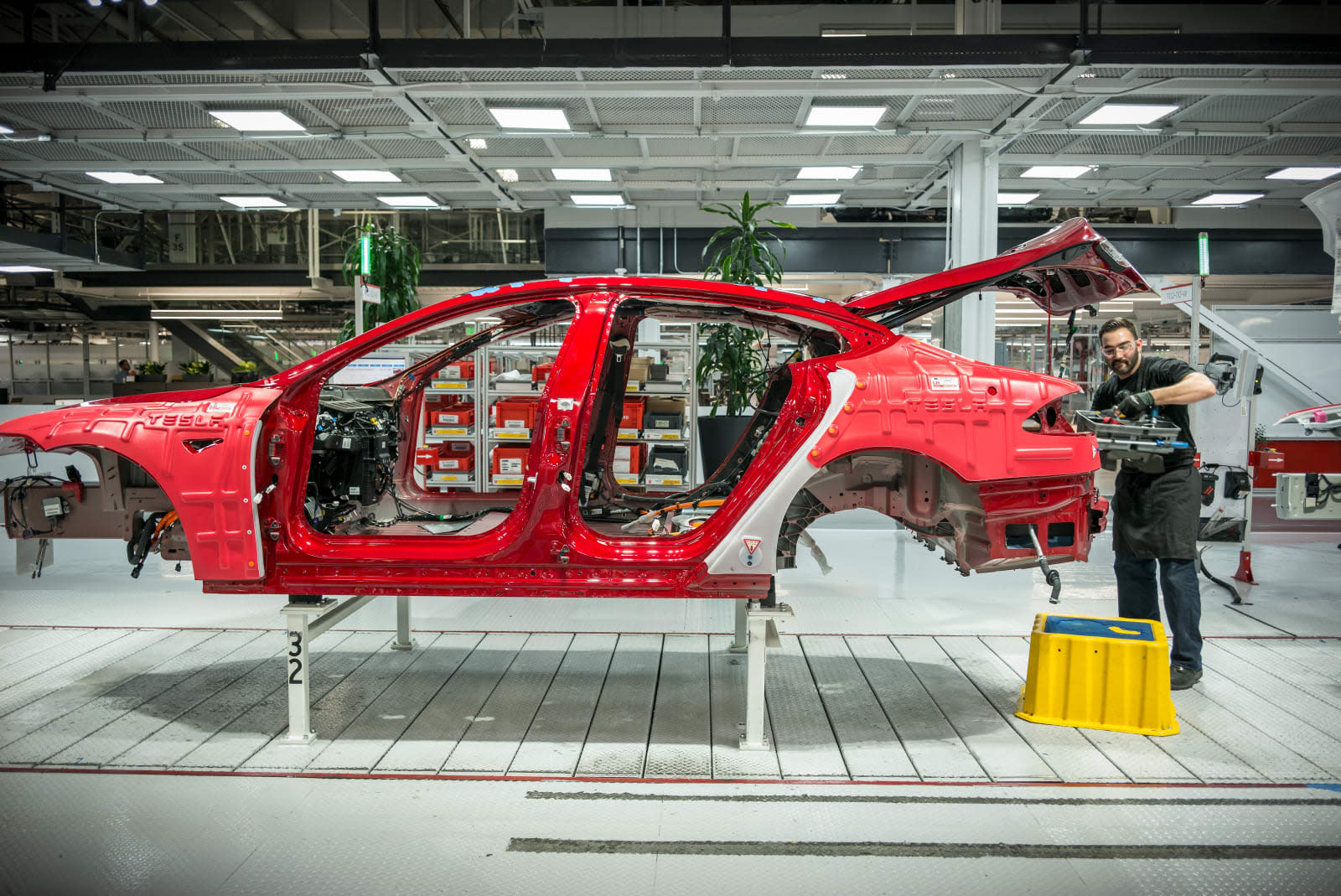 In a report published today, Reveal details evidence that Tesla has been undercounting the injuries sustained by workers at its Fremont, California factory. Over the last couple of years, injury rates at the factory have been higher than the industry average, but for 2017, the company reported a sharp drop in injury rates. The reductions brought Tesla in line with the rest of the industry, but Reveal's investigation, in which it conducted interviews with more than three dozen current and former employees and reviewed hundreds of pages of official documents, suggests that the company has been mislabeling work injuries.

By law, the company has to report any injuries sustained on its property that result in missed work, job performance restrictions or medical treatment beyond first aid. But according to Reveal's findings, the company has frequently labeled such injuries as "personal medical" cases, meaning they don't have to be reported. "I saw injuries on there like broken bones and lacerations that they were saying were not recordable" said one safety professional. "I saw a lot of stuff that was like, 'Wow, this is crazy.'"

Former managers claimed that they had pointed out a number of safety issues to their superiors. Many of those, however, were dismissed. For cases like using more yellow or posting more signs to denote areas that require extra caution, higher-ups said Elon Musk didn't like those things. Same for wearing safety shoes.

For its part, Tesla has denied the claims, saying it tallies injuries accurately, provides adequate training and is very concerned with workers' safety. "Anybody who walks through our doors into this factory is our responsibility, and we care about them," Laurie Shelby, Tesla's VP of environment, health and safety, told Reveal. "I have a passion for safety and it's about caring." In a statement to Reveal, Tesla said that the report was "an ideologically motivated attack by an extremist organization working directly with union supporters to create a calculated disinformation campaign against Tesla."

You can read the full report here. We've reached out to Tesla and we'll update this post if we receive more information.

Update: Tesla has released a response to the Reveal report. "The report suggests Tesla doesn't accurately track injuries or that we mislabeled or undercounted injuries to make our record look better than it actually is," says Tesla. "We believe in transparency and would never intentionally misrepresent our safety record to our employees or the public." It goes on to say that it did properly record the injuries presented to it by Reveal and that the report suggests "a lack of understanding about how injury reporting works." It also claimed that Tesla employees reported feeling harassed by Reveal reporters and that those reporters ignored what they were told by current employees Tesla invited them to speak with.

"This is not to say that there aren't real issues that need to be dealt with at Tesla or that we've made no mistakes with any of the 37,000 people who work at our company," says Tesla in its response. "However, there should be absolutely no question that we care deeply about the well-being of our employees and that we try our absolute hardest to do the right thing and to fail less often." You can read the full response here.

In this article: business, ElonMusk, gear, injury, investigation, tesla, transportation
All products recommended by Engadget are selected by our editorial team, independent of our parent company. Some of our stories include affiliate links. If you buy something through one of these links, we may earn an affiliate commission.