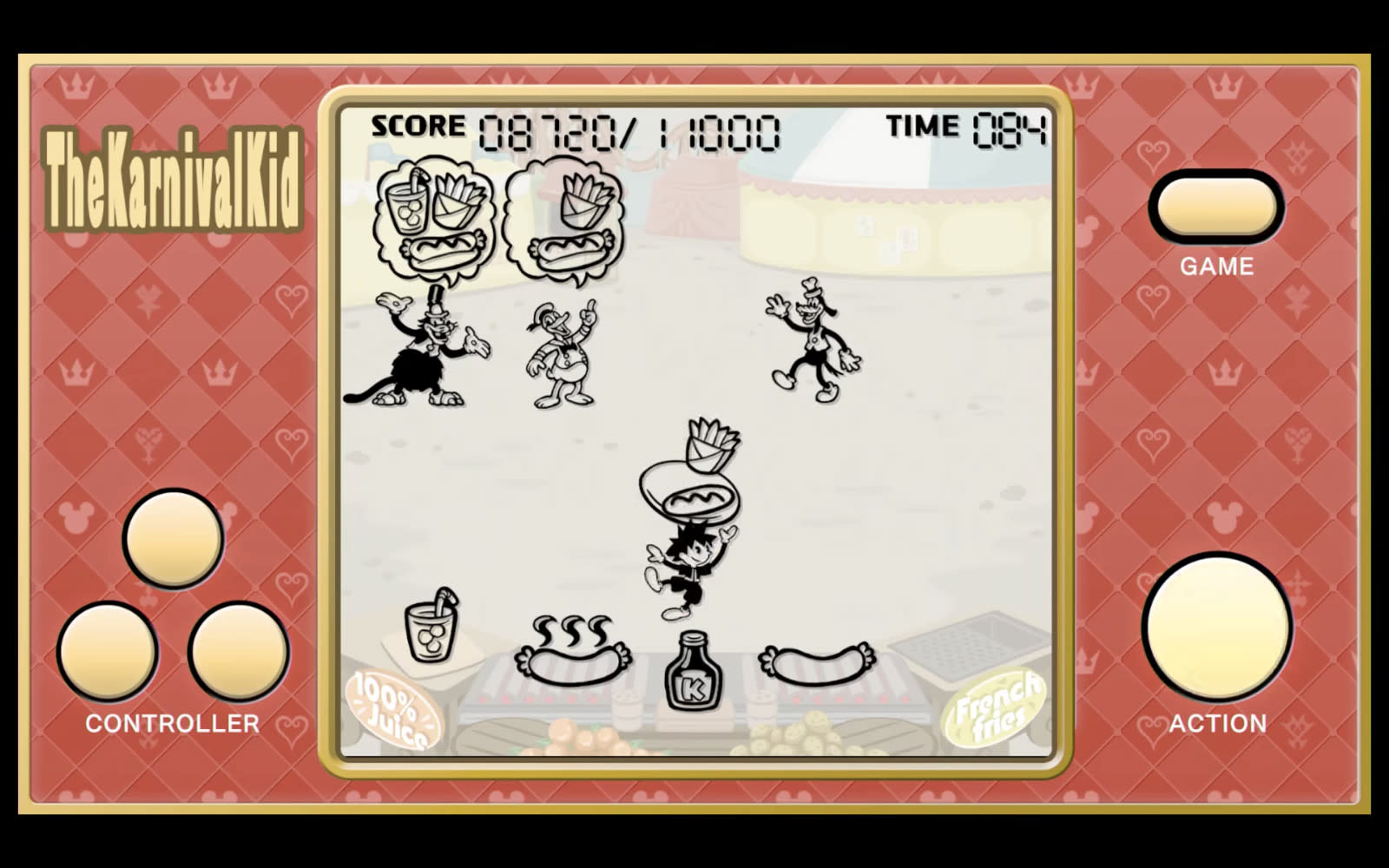 Kingdom Hearts' long-awaited sequel comes with a surprise for anyone fond of those old LCD games from the '80s. At the first official Kingdom Hearts Union χ convention, Square Enix has premiered a new Kingdom Hearts III trailer showing retro style games within the game based on classic Disney cartoons and 1980's handheld consoles. You can start spending your time playing black-and-white virtual handhelds instead of the actual game once Sora gets the machine in Twilight Town. And, yes, you control a small black-and-white Sora!

You can watch all those (and more) in action below:

In this article: art, disney, gaming, kingdomhearts, retrogames, squareenix
All products recommended by Engadget are selected by our editorial team, independent of our parent company. Some of our stories include affiliate links. If you buy something through one of these links, we may earn an affiliate commission.