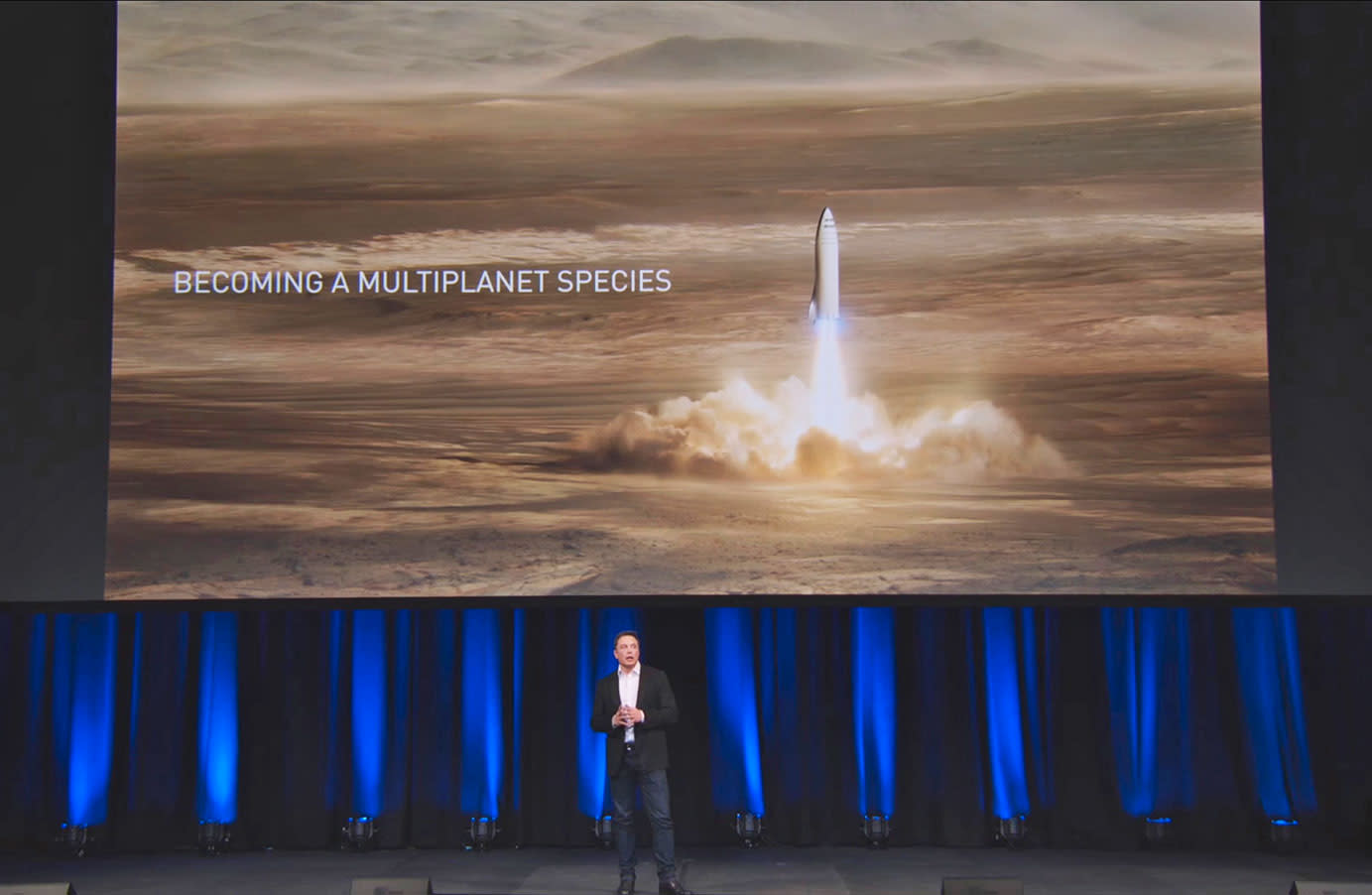 SpaceX can start building its "Big Fucking Rocket," now that it has officially found a home in LA. Mayor Eric Garcetti has announced on Twitter that the private space giant "will start production development of the Big Falcon Rocket (the spacecraft's tamer name, apparently)" at the port of Los Angeles. SpaceX designed the 348-foot-long behemoth to fly humanity to the moon, Mars and beyond. It will be able to carry up to 50 tons in payload, whereas Falcon Heavy can only carry 30 tons. "This vehicle holds the promise of taking humanity deeper into the cosmos than ever before," he added, along with an illustration of the company's massive interplanetary spacecraft.

Officially announcing that @SpaceX will start production development of the Big Falcon Rocket 🚀 in the @PortofLA!

This vehicle holds the promise of taking humanity deeper into the cosmos than ever before. #SOTC2018 pic.twitter.com/2TtGy9NERX

SpaceX signed a 30-year lease for an 18-acre site at the LA Port in late March. According to Ars Technica, it has already started moving hardware to the location with the intention of building a "state-of-the-art" manufacturing facility. Due to the BFR's size, the company needs a new plant separate from its Hawthorne site where it builds its Falcon 9 and Heavy rockets -- one that's near water, so it can easily ship it out for testing when it's ready.

"SpaceX has called the Port of Los Angeles home to our west coast recovery operations since 2012. The Port will play an increasingly important role in our mission to help make humanity multi-planetary as SpaceX begins production development of BFR -- our next generation rocket and spaceship system capable of carrying crew and cargo to the moon, Mars and beyond."

SpaceX will build the BFR not just for deep space journeys, though, but also for incredibly fast air travel from one country to another. The company believes we can use the rocket to travel anywhere on Earth within an hour. But before that can happen, SpaceX will have to put it through some rigorous testing. Company chief Elon Musk wants the first set of tests to take place in 2019, but as he said, his timelines tend to be a bit too optimistic.

In this article: bfr, bigfuckingrocket, gear, la, portofla, space, SpaceX, tomorrow
All products recommended by Engadget are selected by our editorial team, independent of our parent company. Some of our stories include affiliate links. If you buy something through one of these links, we may earn an affiliate commission.