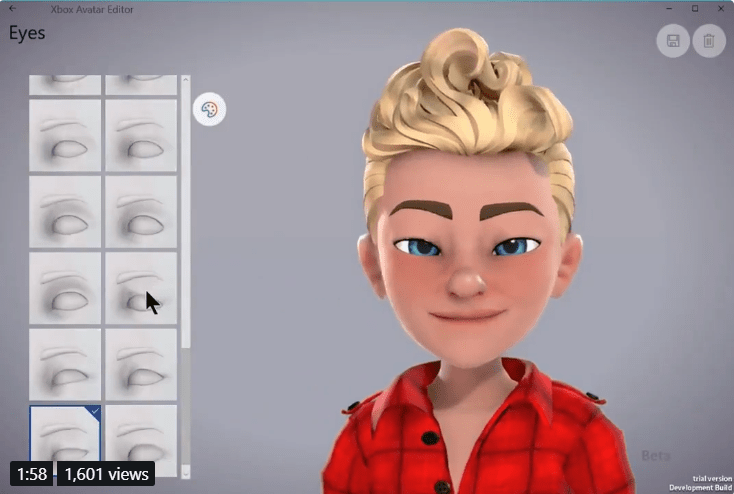 Microsoft's new Xbox Live avatars have been on the cards for a while now, with the company last year promising more diversity and customization. Now, a leaked video (allegedly from a former Microsoft designer and since removed from YouTube) has revealed what they'll look like, plus the editor interface that'll let you design your character.

The new Xbox Avatar Editor lets you customize body, face, hair, makeup and limbs with color pickers across all features and the option to purchase additional items from the avatar store. It's pretty comprehensive -- you can even edit your character's fingernails. While the update won't support items from existing avatars, you'll be able to import your previous character into the system. The editor will operate across Xbox One and Windows 10, and will be made available to testers this month, so you shouldn't have to wait too long to start designing your virtual self.

In this article: av, Avatar, editor, gaming, microsoft, video, Windows10, XboxOne
All products recommended by Engadget are selected by our editorial team, independent of our parent company. Some of our stories include affiliate links. If you buy something through one of these links, we may earn an affiliate commission.