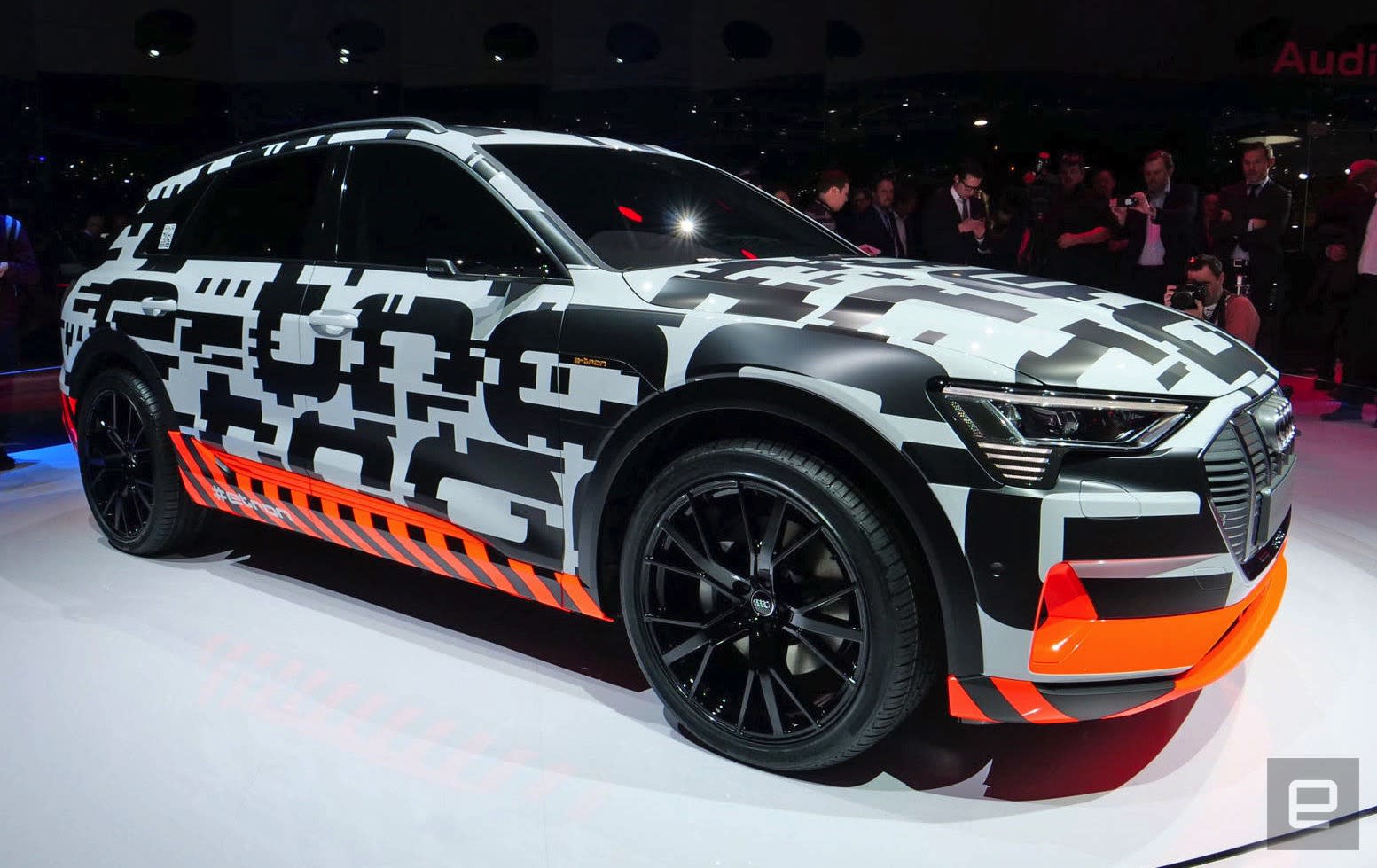 When Audi first trotted out its e-tron SUV concept, it was promising: there was talk of the electric crossover managing 311 miles on a charge, which would put Tesla's Model X to shame. You... might need to dial down your expectations a bit. Audi has revealed that the production version of the e-tron prototype has an estimated range of 248.5 miles on the WLTP driving cycle thanks to its 95kWh battery. That's still very usable for around-the-city driving, but it's only slightly more than the 238 miles of a Chevy Bolt (although that was tested on an EPA cycle). Audi may have an ace up its sleeve, however: fast charging.

The e-tron SUV will be one of the first vehicles on the market to support charging up to 150kW, or about three times the 50kW you typically see in non-Tesla chargers. If you're fortunate enough to live within range of one of those stations, Audi claims it'll take a relatively quick 30 minutes before you're ready to resume your trip. It's not clear if that's a full charge, but Tesla's vaunted half-hour recharge only covers a partial top-up (a full charge takes over an hour). At the least, this should give you a healthy amount of range while you've stopped for lunch.

Home charging is, unsurprisingly, more limited. The standard garage outlet musters up to 11kW, or enough for a full recharge in 8.5 hours. There will be an optional 22kW charging option, though Audi didn't say how quickly it would work -- we wouldn't expect it to take half as long, although it might come close.

The biggest obstacle may be the availability of public stations. Audi plans a network of "nearly 200" fast chargers by the time the e-tron reaches European customers in late 2018, with 400 of them by 2020. It won't be the only automaker deploying these chargers, but that could still mean having to hunt for a specific station instead of using whatever is available. The next wave of EV technology is coming -- it's just going to take a few years to live up to its promises.

In this article: audi, crossover, e-tron, electriccar, electricvehicle, ev, gear, suv, transportation
All products recommended by Engadget are selected by our editorial team, independent of our parent company. Some of our stories include affiliate links. If you buy something through one of these links, we may earn an affiliate commission.