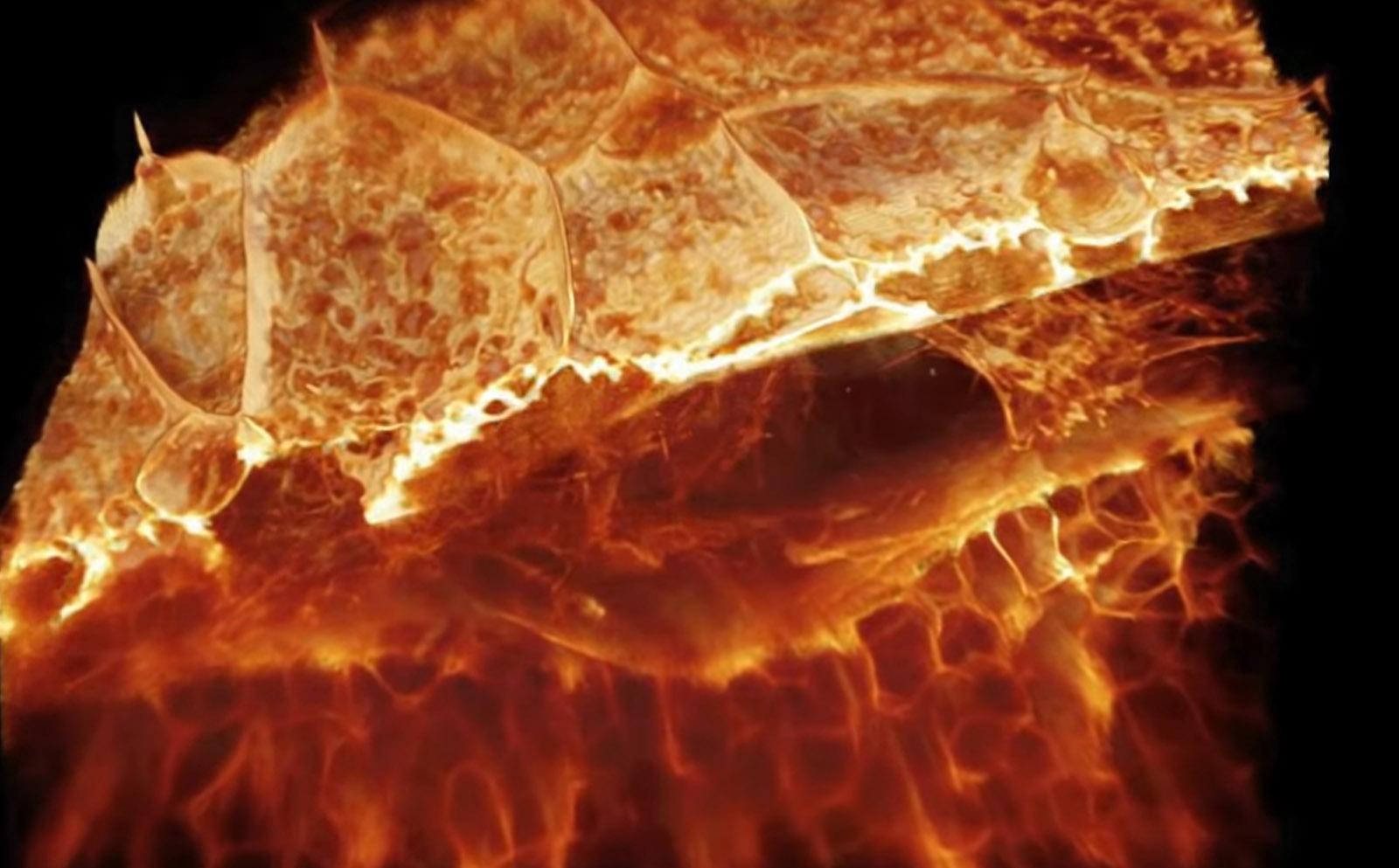 For the first time, scientists have peered into living cells and created videos showing how they function with unprecedented 3D detail. Using a special microscope and new lighting techniques, a team from Harvard and the Howard Hughes Medical Institute captured zebrafish immune cell interactions with unheard-of 3D detail and resolution. The tech has already yielded new insights on cell function and could transform our understanding of how organisms function at the smallest scales.

"Every time we've done an experiment with this microscope, we've observed something novel -- and generated new ideas and hypotheses to test," said study co-author and Harvard professor Tomas Kirchhausen. "It can be used to study almost any problem in a biological system or organism I can think of."

Imaging on such small scales normally requires intense light levels that can kill the organism being studied. Instead, the team used a technique called "latice light-sheet microscopy," which involves rapidly passing sheets of light across living tissue, leaving it undamaged.

At the same time, the team co-opted technology normally used to correct astronomical images called "adaptive optics." A laser is beamed through the target tissue, and by comparing the beam's appearance before and after it passes, the microscope can calculate the distortion and correct it. The technique also allowed the researchers to look at the cells layer-by-layer and see interactions on an extremely granular level.

The stunning result, as shown above, is a live window into immune cell function with ten times more detail than ever seen before. In one shot, an orange-tinted immune cell scoops up blue sugar particles, and in another, a cancer cell attempts to squeeze through a blood vessel wall. The researchers can even "explode" tissue cells to focus on any particular one.

"I work on understanding how cells 'eat' using machinery based on vesicular carriers, and all my life I've dreamed of seeing this in a live organism," said study co-author and Harvard professor Tomas Kirchhausen. "This is the miracle of being able to see what we have never been able to see before. It's simply incredible."

Scientists are already conducting research with the tech, but it's expensive and takes up a lot of space. The team will next build a more advanced version that can fit on a small desk and be cheap enough for individual labs. Until then, the existing instrument at the Howard Hughes Medical Institute facility will be made available to scientists around the world, and a second one will built and located at Harvard Medical School.

"It's like Star Trek. It's the age of exploration again," enthused Harvard-based co-lead Gokul Upadhyayula. "We don't even know what questions to ask yet because we've never even seen some of these biologies at this level of detail."

In this article: 3D, cameras, CellFunction, Cells, gear, medicine, Microscope, Video
All products recommended by Engadget are selected by our editorial team, independent of our parent company. Some of our stories include affiliate links. If you buy something through one of these links, we may earn an affiliate commission.