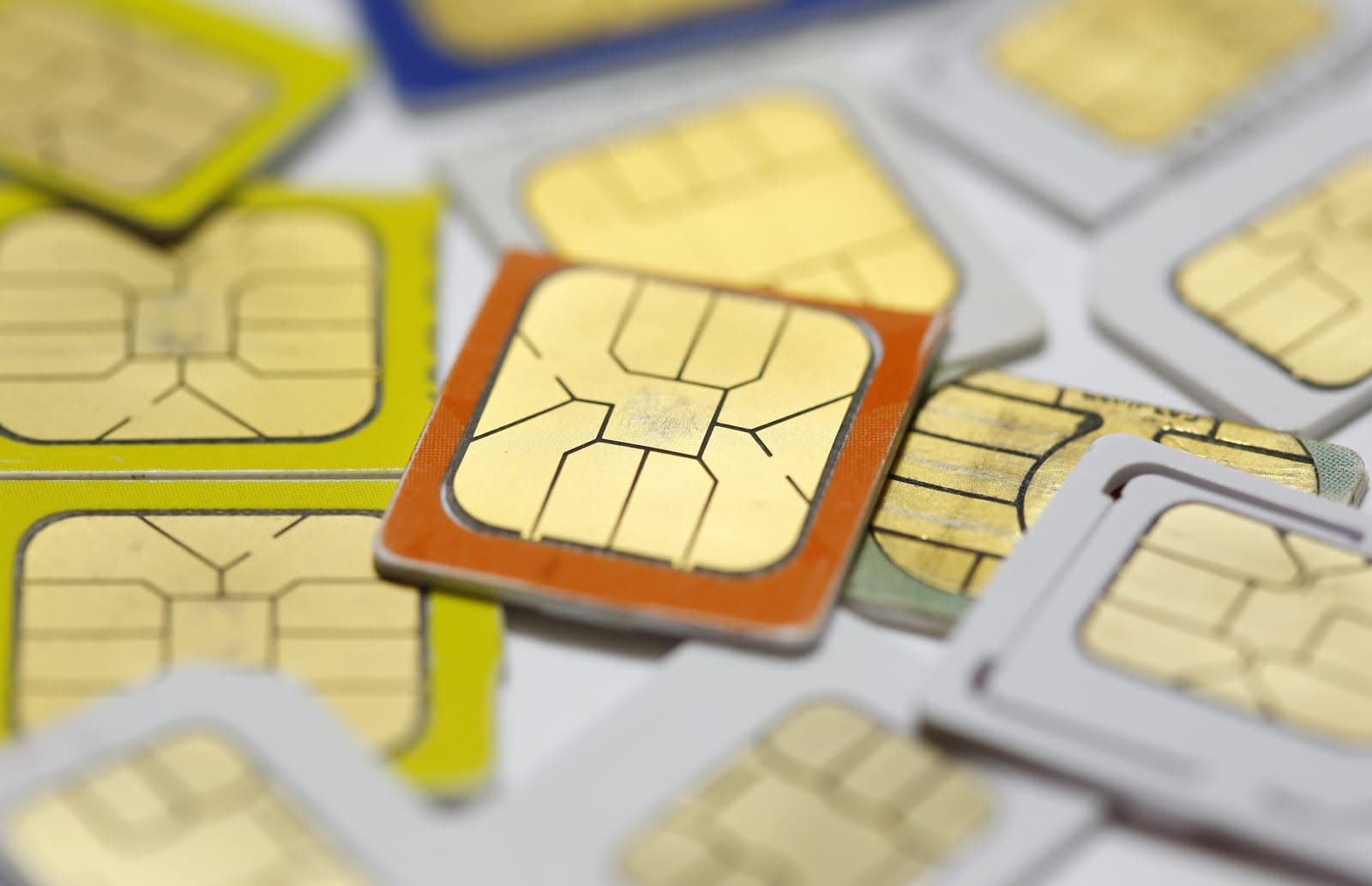 Don't expect to see embedded SIM technology in your phone any time soon. The GSMA, which oversees key cellular standards, has placed eSIM spec work "on hold" while the US Department of Justice investigates the possibility of collusion between AT&T, Verizon and the GSMA to stifle the card-free technology. The GSMA didn't offer an explanation of why it was pausing development, and instead stressed that American eSIM users would need to "explicitly consent" to a carrier-locked eSIM (such buying a phone on contract).

All three parties have so far said they're cooperating with the Justice Department, although Verizon previously tried to downplay it by saying it was "much ado about nothing" and just a "difference of opinion" with unnamed phone equipment makers.

The technology replaces the usual card with a chip that uses software to associate you with a given service provider. On top of freeing up room inside devices (crucial for wearables like the Apple Watch or Gear S3), it makes it much easier to switch carriers -- you could sign up for a new network without even talking to another human being. And it's that last part that reportedly has the companies scared. Many networks thrive on cultivating loyalty, whether it's by locking you in through payment plans or just requiring that you stay in touch. If you could use an eSIM to leave in a heartbeat, carriers might lose a lot of that loyalty and would have to compete more aggressively for your business.

In this article: att, collusion, departmentofjustice, esim, gear, gsma, mobile, regulation, verizon, wireless
All products recommended by Engadget are selected by our editorial team, independent of our parent company. Some of our stories include affiliate links. If you buy something through one of these links, we may earn an affiliate commission.