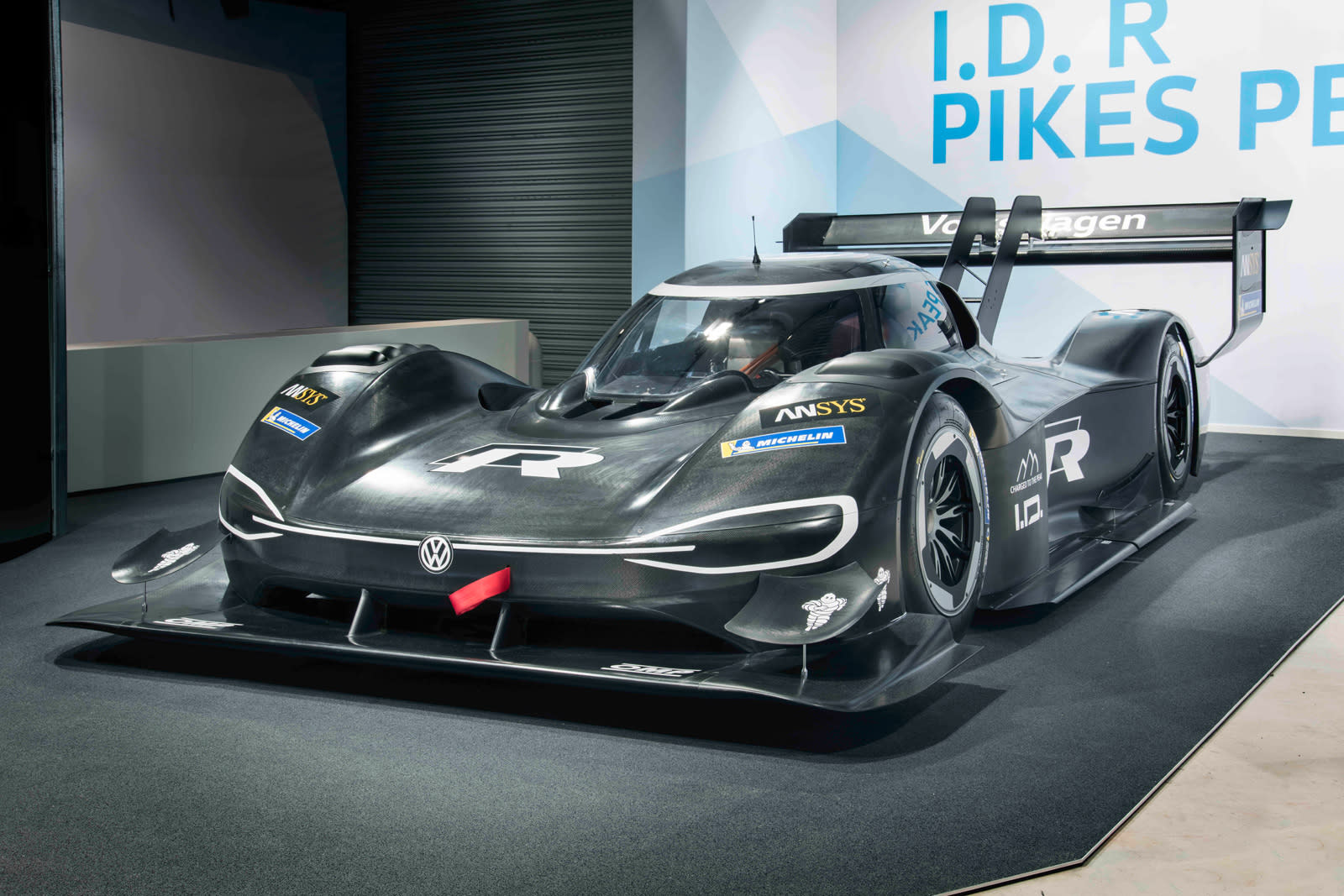 After months of promises and teases, VW has formally unveiled its electric Pikes Peak race car... and its performance might be surprising even in light of earlier hype. The I.D. R Pikes Peak is built to smash Pikes Peak's EV record of 8 minutes and 57 seconds not through brute force, but by achieving a finely tuned power-to-weight ratio. While the 680HP two-motor powerplant may not sound like much when the existing record holder (Drive eO's PP100) packed a whopping 1,596HP, VW's vehicle will weigh under 2,500lbs versus 2,646lbs for its archrival.

Combine that with potentially better aerodynamics (the VW car is closer to a Le Mans car than the usual hill climber) and the result is an EV that can outperform some of the fastest race cars. With a 0-60MPH time of 2.25 seconds, VW claims its machine can accelerate faster than a Formula 1 or Formula E racer. That could be crucial on Pikes Peak, where top speed matters far less than how you recover speed.

The weight savings come in part through energy regeneration. While many EVs can restore energy while braking, VW's system manages to produce about 20 percent of the necessary energy through braking alone. You don't necessarily need a giant battery to make it to the top, in other words.

The I.D. R Pikes Peak makes its debut at the 2018 race on June 24th. VW certainly isn't guaranteed to seize the record, since that depends on both ideal weather conditions and an exceptional performance from both the car and driver Romain Dumas (a Pikes Peak champ). It would represent a milestone in EV performance if the company did, though, and the lessons learned from this car could apply to far more ordinary EVs.

The real challenge may be to beat the Unlimited class record of just under 8 minutes and 14 seconds, set in 2013 with a customized Peugeot 208. While modified EVs are already quicker than conventional Pikes Peak cars (which hover around 9 minutes 30 seconds), it'll likely take further breakthroughs in power and weight savings to give EVs the overall performance lead.

In this article: electriccar, electricvehicle, ev, gear, idrpikespeak, motorsport, pikespeak, racing, transportation, vw
All products recommended by Engadget are selected by our editorial team, independent of our parent company. Some of our stories include affiliate links. If you buy something through one of these links, we may earn an affiliate commission.