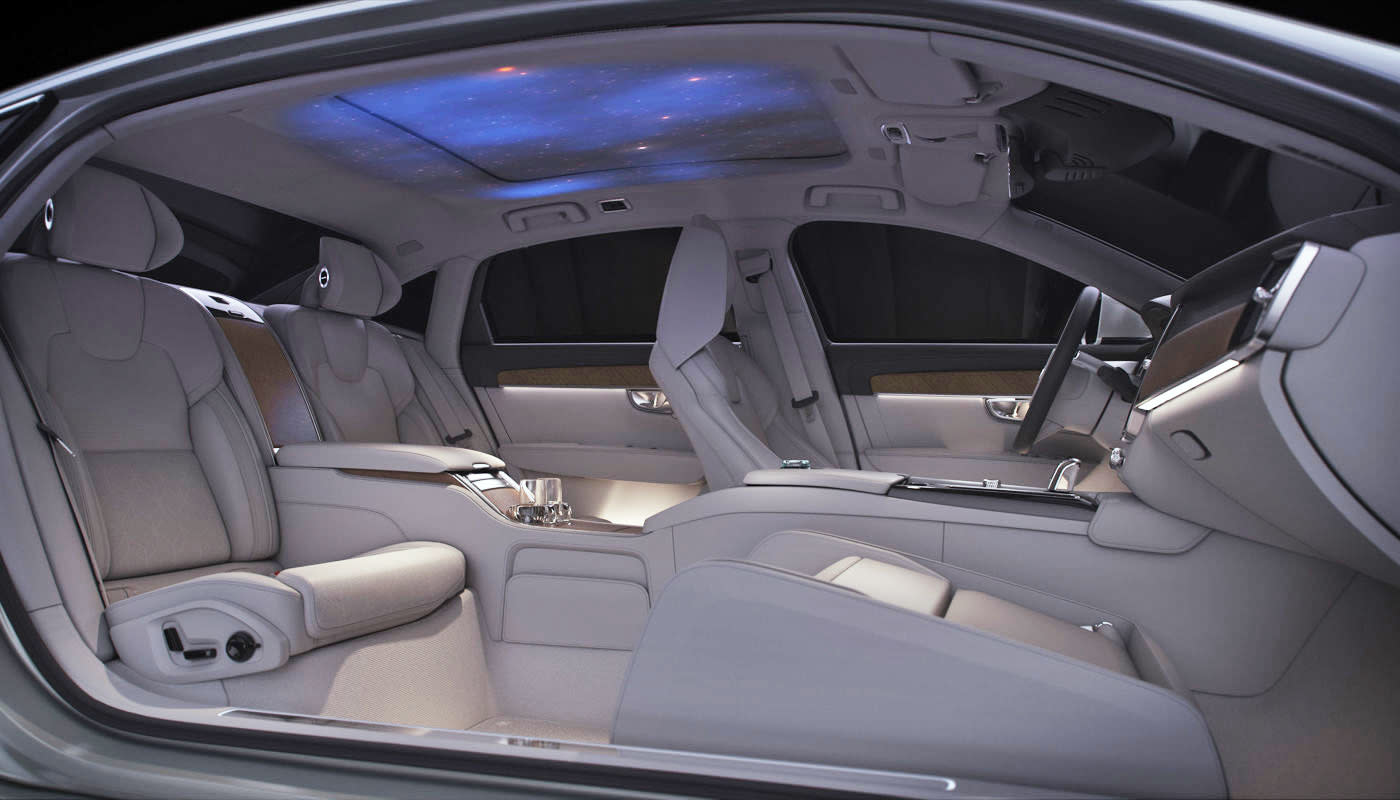 While drivers experience most of the stress of a drive, it's important to remember that passengers are also prone to anxiety. After a long day at work (or fighting Twitter trolls) it can be tough to unwind even when you're being chauffeured home. Volvo's S90 Ambience Concept vehicle aims to help those tensions melt away while sitting in the back seat.

Unveiled at the Beijing Auto Show, the specially built S90 has "seven visual themes synchronized with audio and scent." A pampered passenger would lean back and watch a relaxing scene projected on the ceiling of the vehicle while they listened to an audio track and was surrounded by "one of four bespoke scents" which would be emitted by a specially built portal in the center console.

While the concept and car are meant for a specific region, it's not hard to imagine these features making their way into future autonomous vehicles. Automakers like BMW and Audi are already trying to determine what passengers will do in their robot cars in the future. Maybe we'll all enjoy a sweet light show while commuting from work. It's better than fighting on Twitter.

In this article: Beijingautoshow2018, conceptcar, design, gadgetry, gadgets, gear, s90, s90ambianceconcept, tomorrow, transportation, Volvo
All products recommended by Engadget are selected by our editorial team, independent of our parent company. Some of our stories include affiliate links. If you buy something through one of these links, we may earn an affiliate commission.