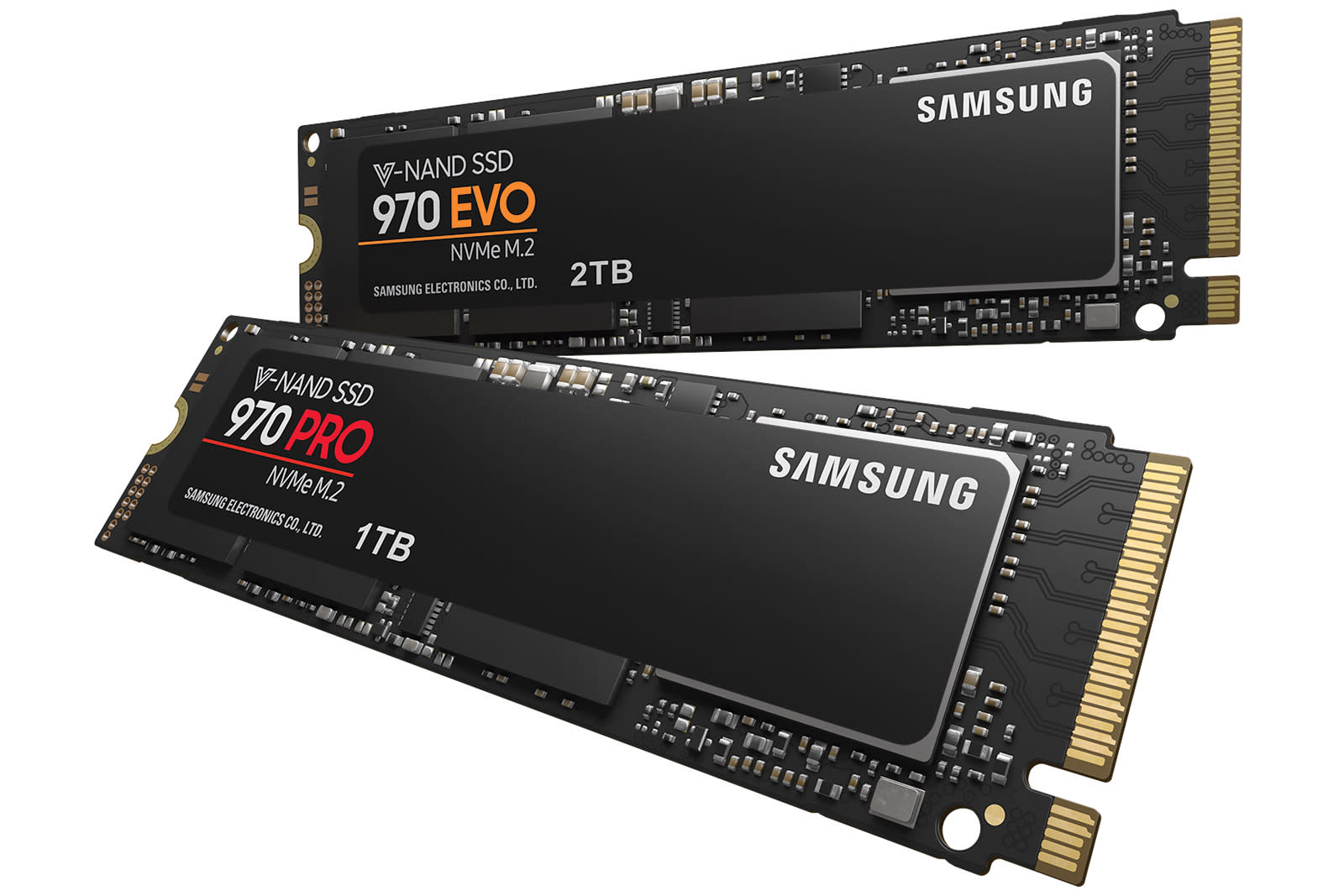 Few would call Samsung's 960-series SSDs slow (or indeed, most any NVMe SSD), but that isn't stopping the company from refining the formula. The newly launched 970 Evo and 970 Pro drives take advantage of Samsung's developments in its 64-layer 3D flash memory and Phoenix controller (both of which have surfaced in earlier drives) to deliver performance that makes the 960s seem relatively pokey. Both the Evo and Pro can hit the peak 3,500MB/s sequential read speeds of the 960 line, but the real star is the write speed. The 970 Evo by itself is faster than the 960 Pro with up to a 2,500MB/s sequential write rate, while the 970 Pro is quicker still at 2,700MB/s.

The two drives also promise better endurance, with even the 970 Evo officially supporting up to 1,200TB of written data. You'll still want a Pro drive if longevity matters most, though, since their 2-bit MLC flash memory enables roughly double the number of bytes written at the same capacity.

Both SSD models will be available worldwide on May 7th. As always, how much you pay depends on the model and capacity. The home-oriented Evo line starts at $120 for a 250GB drive with capacities of 500GB ($230), 1TB ($450) and 2TB ($850). The Pro series, meanwhile, starts at $330 for a 512GB variant and jumps to $630 for 1TB. These SSDs are still built for gaming PCs, pro workstations and other high-end machines where massive throughput is vital -- it's just that you're getting more power for your money.

In this article: 970evo, 970pro, gear, nvme, personal computing, personalcomputing, samsung, ssd, storage
All products recommended by Engadget are selected by our editorial team, independent of our parent company. Some of our stories include affiliate links. If you buy something through one of these links, we may earn an affiliate commission.