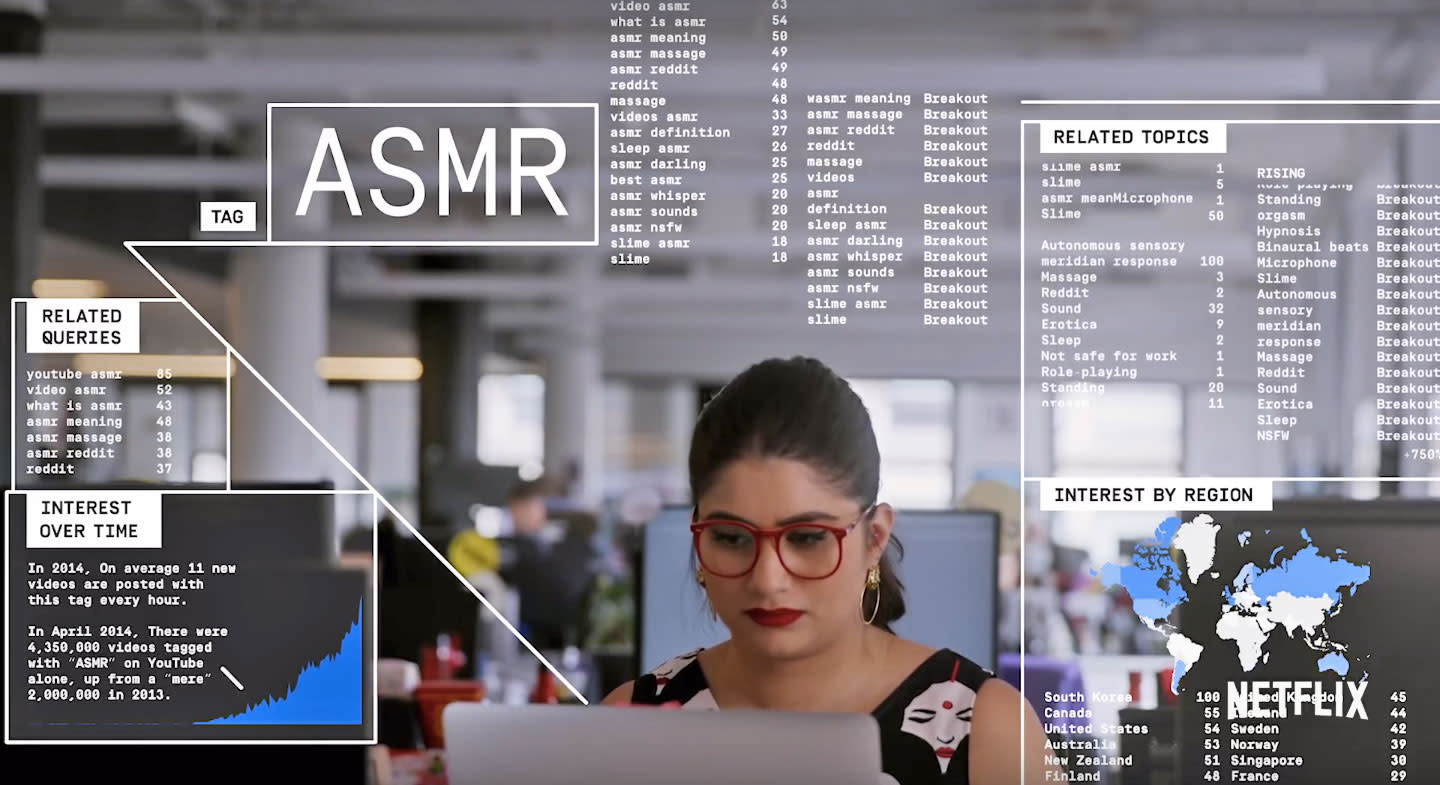 Netflix and BuzzFeed have teamed up to do short-form documentaries on BuzzFeed's own reporters. Follow This will consist of a 20-episode weekly series that will premiere on July 9th, according to Variety. Each episode will run about 15 minutes. A trailer, which you can see below, previews the first episode. It follows Scaachi Koul as she follows a story on autonomous sensory meridian response, or ASMR.

The show will be produced by BuzzFeed News and will be aimed at users on mobile devices. BuzzFeed also has an investigative TV series premiering on Oxygen this year.

BuzzFeed isn't the only online news outlet to make this kind of deal. Vice's Motherboard recently produced a documentary that will make its debut on Netflix after a theatrical run. And Vice also has a daily news series on HBO called Vice News Tonight. Rather than focusing on the journalists investigating stories, like BuzzFeed's documentary series, Vice News Tonight is a news show that bills itself as "completely different from the news shows you're used to, and we think that's a good thing," according to Vice.

In this article: av, buzzfeed, entertainment, netflix
All products recommended by Engadget are selected by our editorial team, independent of our parent company. Some of our stories include affiliate links. If you buy something through one of these links, we may earn an affiliate commission.