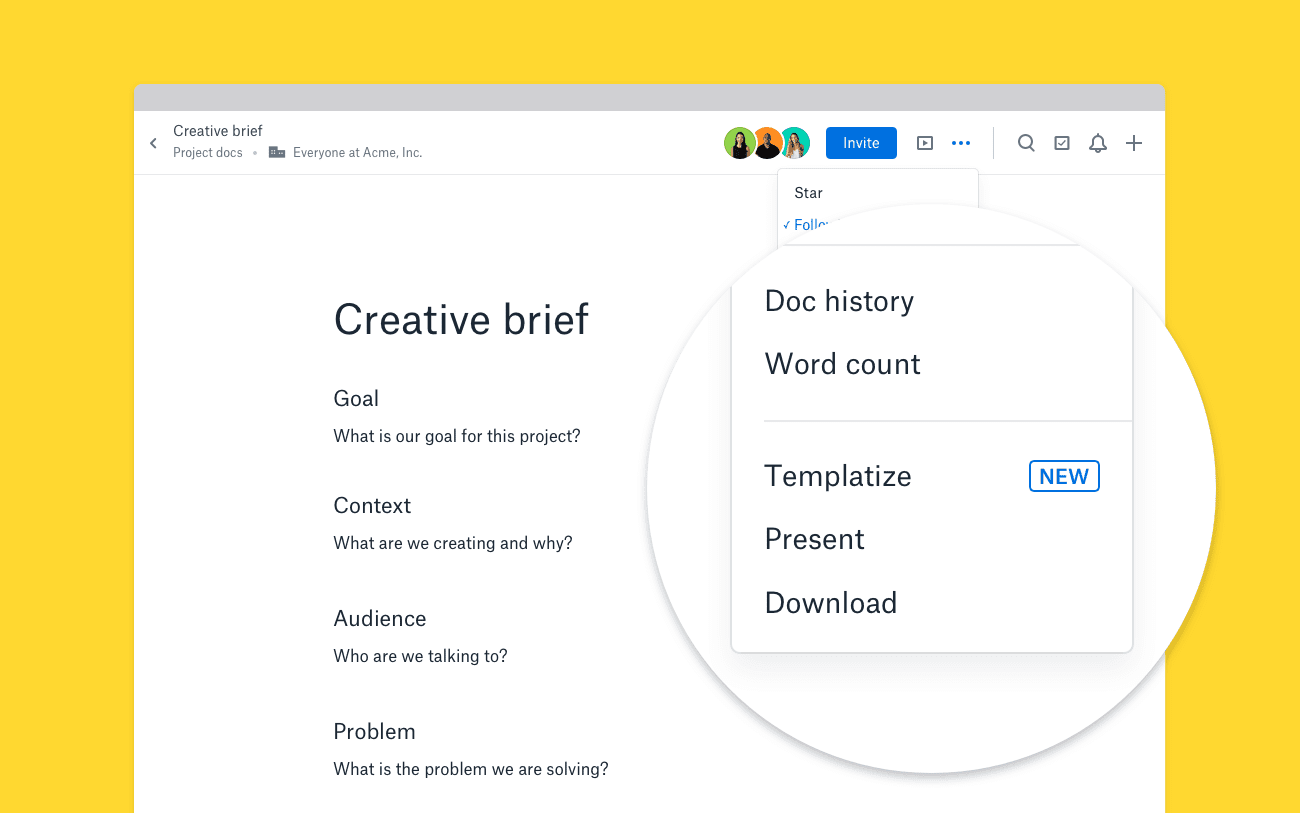 Dropbox has been pushing out a bunch of updates to its core products over the last few weeks, and its collaborative document-building service Paper is the latest to get some major tweaks. As of today, Dropbox is adding the ability to build Paper templates and share them with an entire organization, if you're working in a big business setting. Whether you're in a large company or just using Paper solo, templates should make it a lot easier to re-use layouts that you've built.

If you have a Paper document you've been using that you want to turn into a template, Dropbox says it can do that with just a few clicks -- that spares users the pain of having to go through and strip out all the content before saving it. Naturally, you can also build a template from scratch and include placeholder text so that people know what to fill in. Dropbox is also including the option to make templates read-only or make them editable by other members on a team. In addition to custom templates, Dropbox is also adding some pre-made templates for all Paper users. That's a smart idea, because Paper is such a blank slate on its own -- it can be a little daunting to figure out just what it can do beyond just recording simple text like Google Docs. There's a good amount of customization beneath the surface, and having some pre-built templates for new users might make it easier to start exploring the app. Those templates will be available through both the web and mobile apps as of today, and Paper users can start building their own forms today as well.

In this article: business, dropbox, dropboxpaper, gear, paper, services, templates
All products recommended by Engadget are selected by our editorial team, independent of our parent company. Some of our stories include affiliate links. If you buy something through one of these links, we may earn an affiliate commission.