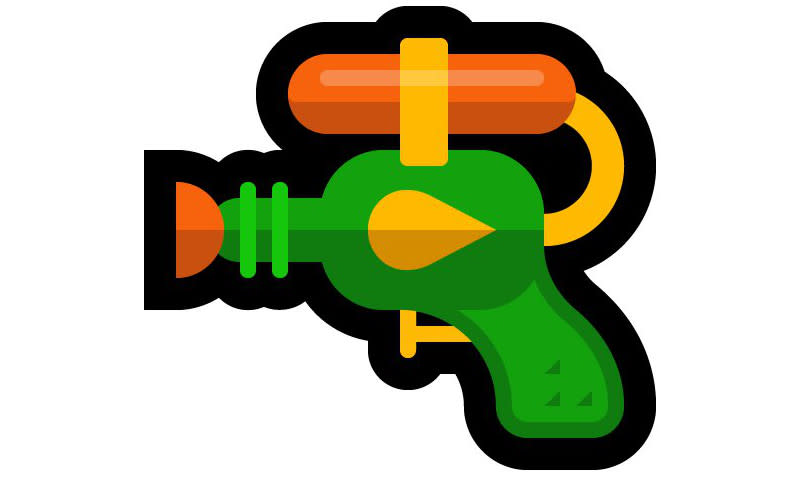 After Google retired its handgun emoji and replaced it with a friendlier citrus-colored water pistol, Microsoft and Facebook remained the only platforms that still use realistic firearm glyphs. Now, Microsoft has announced that it's also in the "process of evolving [its] emojis to reflect [its] values and the feedback [it has] received." The tech giant has previewed its new gun emoji on Twitter, and as you can see above, it's mostly green in color like Apple's, Samsung's and Twitter's versions.

Microsoft's design also takes cues from its old ray-gun emoji, which it controversially replaced with a more realistic firearm illustration around the same time Apple switched to its water pistol. The company explained that it had to swap out the ray-gun, because it wanted to avoid confusion by making sure that its icons can be understood across platforms -- unfortunately, the ray-gun didn't catch on the same way Apple's water pistol did. As for Facebook, the social network hasn't announced anything yet. According to Business Insider, though, it's already creating its own take on a friendlier gun icon, which will look similar to Apple's.

We are in the process of evolving our emojis to reflect our values and the feedback we've received. Here's a preview: pic.twitter.com/BlB3yYTSht

Update: Facebook will also replace its fun emoji with a bright green water pistol and will roll out the new icon soon.

In this article: emoji, gear, internet, microsoft, watergun
All products recommended by Engadget are selected by our editorial team, independent of our parent company. Some of our stories include affiliate links. If you buy something through one of these links, we may earn an affiliate commission.