You don’t always have to compromise, but you do have to be careful.

Tablets didn't exactly take over the computing world, as Apple and Microsoft had predicted years ago. But they have been evolving to the point where they can fill in for a laptop under the right circumstances. Still, how do you ensure that the tablet you buy is good enough for you to leave conventional PCs behind? It's not always easy -- a tablet that's powerful enough for one person might be overly complicated for another. We have some tips to help you navigate the shopping maze.

What will you use it for? 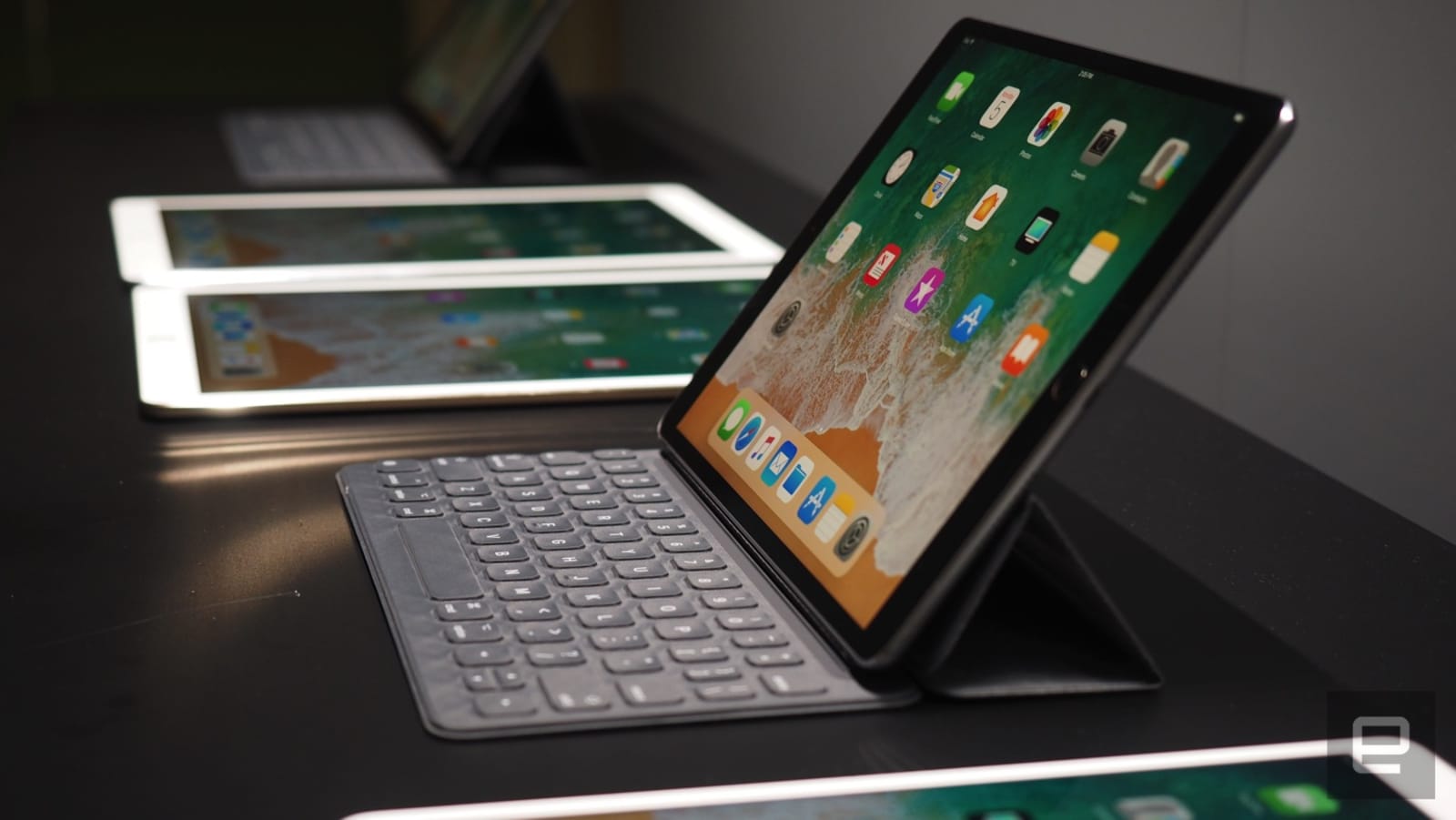 Before price, size, or virtually any other factor, there's one overriding question when deciding on a tablet: What do you intend to do with it? That's an important consideration with many tech purchases, but it's absolutely essential with tablets. Spend too little and you may get a device that can't run a must-have app; spend too much and you may see little gain, or maybe even introduce some unnecessary headaches.

The decision is easiest if you sit at one of the extremes of computer use -- that is, if you're either very demanding of your devices or very gentle. If you're looking for a tablet that can serve as a mobile media-editing rig (such as on a movie set), or your workflow demands that you juggle several apps at once, go with a high-end Windows tablet like Microsoft's Surface Pro or Samsung's Galaxy Book. You'll be frustrated with anything less than a desktop operating system and as much processing power as you can get. If you're only browsing the web, checking Facebook or writing the occasional email, just about any mobile tablet will fit the bill, so long as it meets your other criteria.

It's trickier when your demands fall somewhere in between. As a rule of thumb, expect to buy a higher-end tablet (typically $500 or higher without a keyboard) if you intend to regularly create anything audiovisual, even if it's just to indulge in a hobby. You'll want to spend a similar amount if you often run two or more apps at the same time. Tablets in the $500-plus category often have the additional memory, storage and computing hardware to smoothly handle intensive tasks.

At the same time, be careful not to overestimate the amount of power you need. There are many tasks where just about any reasonably powerful device will do -- a current-generation Android tablet or iPad in the $300–$500 range is more than capable of running productivity apps like Google Docs or Microsoft Word while you catch up on Netflix. It might even be adequate for frequent side-by-side multitasking if the most demanding apps you'll run are web browsers and chat clients. Just don't go significantly lower than $300. As of this writing, most entry-level mobile tablets still tend to fall short on the performance, memory and storage you need for demanding tasks.

And yes, even the software could be overkill. While desktop operating systems are more powerful when it comes to multitasking and file management, they also tend to come with non-touch-interface elements, device driver headaches and other hassles that are par for the course with PCs. If you don't have a particular need for desktop-level features or are buying a tablet precisely to avoid PC woes, it may be best to stick with Android tablets or iPads. 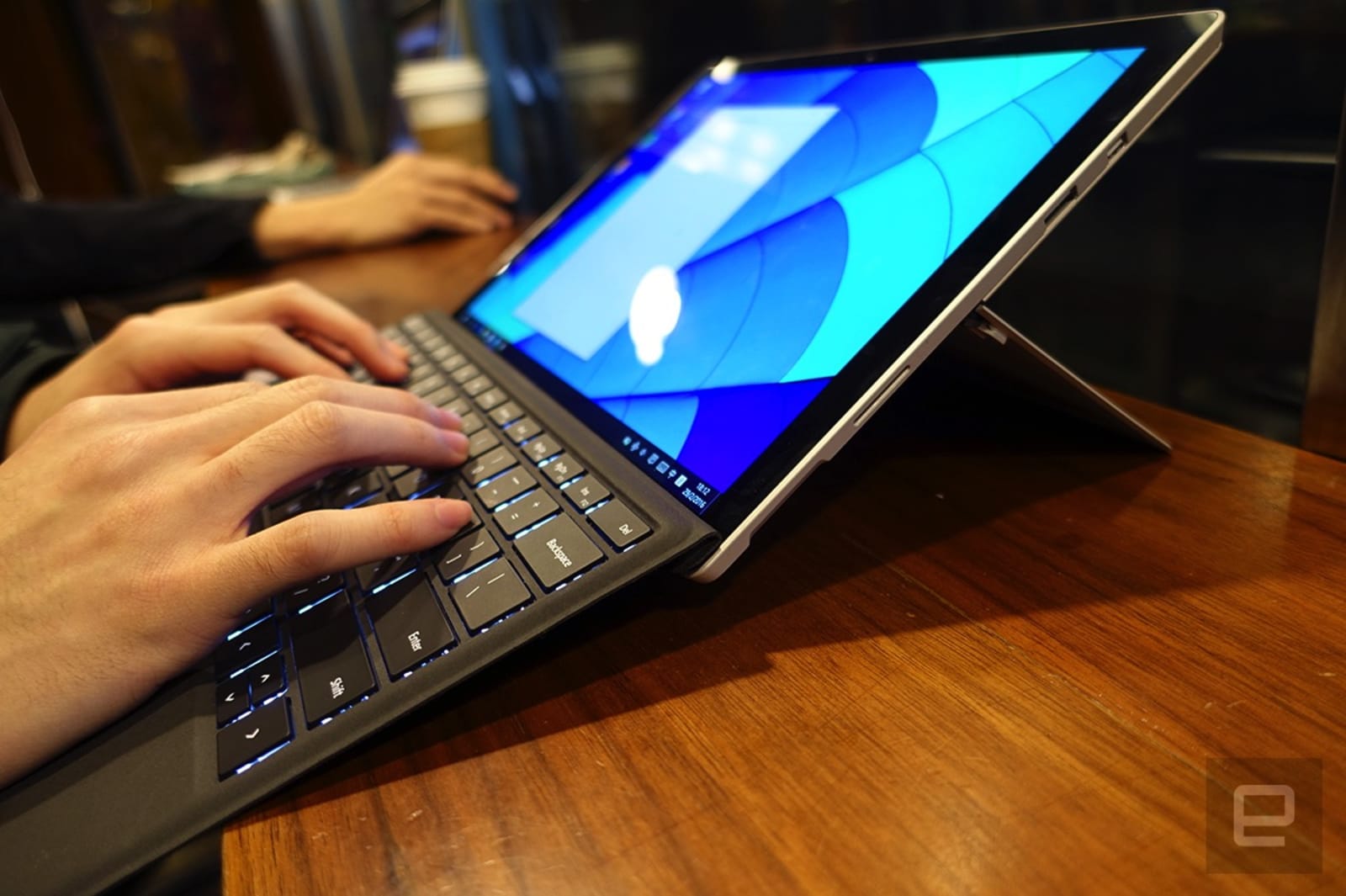 A tablet isn't really a laptop replacement unless you have a keyboard to go with it, and that makes keyboard support a vital part of your purchasing decision. You ideally want a tablet-and-keyboard combination that's painless to attach, unintrusive when it's not needed and, of course, a joy to type on.

The best tablets in this category usually have a keyboard-friendly connector on one side, such as the iPad Pro and Surface Pro. Your keyboard will be ready the moment it's connected, won't require charging and (usually) stays firmly attached without requiring a bulky case. You do tend to be shoehorned into buying proprietary keyboards as a result, but they're often good keyboards. The Surface Pro's optional Type Cover keyboard is considered the gold standard, with its large, comfortable keys, a reliable trackpad and a detachable design that doubles as a screen cover. The iPad Pro's Smart Keyboard isn't on the same level (the fabric-like key covers can be off-putting, and there's no trackpad), but it's still comfy for extended typing sessions. Also important: There are alternative keyboards like Logitech's Slim Combo ($130 for the 10.5-inch iPad).

But what if you don't want to be limited by a connector and don't mind having to recharge your keyboard? Your options for tablets broaden considerably after that, but it's still a good idea to pick carefully -- look at the keyboard ecosystem for a given tablet before you jump in. Ideally, you'll find a variety of keyboards designed with your tablet in mind. Generic keyboard add-ons rarely fit well, and many of them are really desktop keyboards that just happen to pair with your tablet. You probably won't enjoy carrying two distinct devices in your bag every time you want to get some writing done.

Apple tends to dominate in this regard: Even the regular iPad has plenty of keyboard cases, often from big-name accessory makers like Logitech. However, that's not to say there aren't options elsewhere. The Surface Pro has choices like Brydge's $150 Bluetooth keyboard, while Samsung's Galaxy Tab S3 has a few basic keyboard cases available (like Pasonomi's $30 leather folio) as well. If you only see generic keyboards for a particular tablet, though, you may want to pass on that device -- the typing experience is just that important. 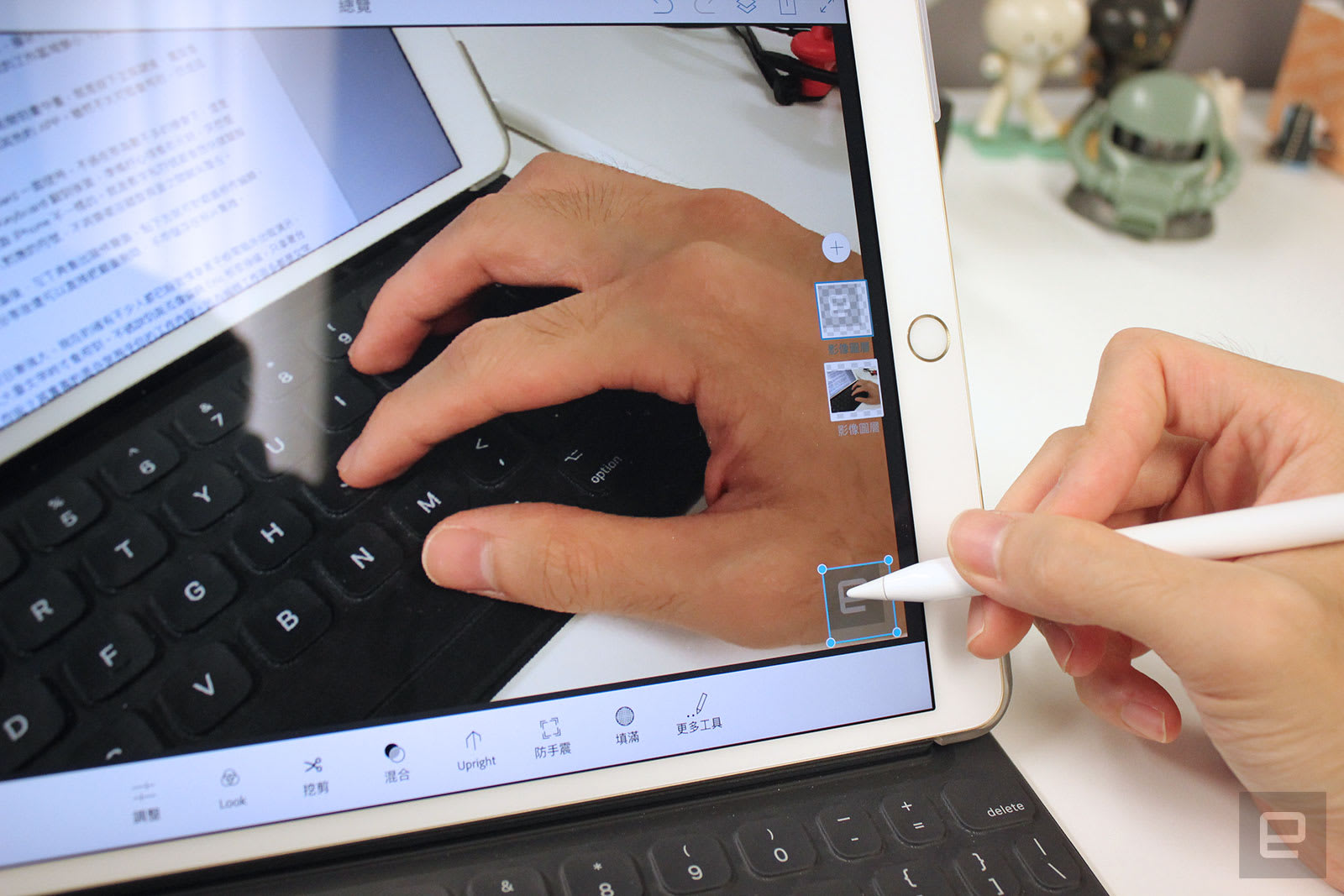 It's tempting to go with the largest display you can get, since tablet screen sizes usually end where laptop sizes begin. The reality is more complicated. You're typically buying a tablet for the flexibility and mobility it offers over a laptop, and that doesn't always mean going big.

If your priority is choosing something more portable than a typical laptop, you'll usually want to consider a tablet screen between 9 and 11 inches. They're compact enough at that size to easily slip into a bag, and light enough that you won't mind using them handheld. At the same time, they're usually large enough that you won't have to squint at the screen or cramp your fingers on a tiny keyboard.

You'll mainly want to consider a 12-inch tablet or larger if you're looking for a professional workhorse. Media-editing suites and other intensive apps often take advantage of every extra inch of visual real estate you can offer. And many of these tablets are simply too ungainly by themselves to be handheld for very long. The 12.9-inch iPad Pro in particular feels like you're holding a dinner tray, while the slightly smaller Surface Pro isn't far behind. Think of them more as laptops that happen to be useful as tablets in a pinch.

And in case it wasn't already clear, you'll want to avoid using any tablets smaller than 9 inches as laptop replacements. The dimensions are just too limiting for laptop-like apps, especially those that demand a keyboard. Moreover, finding a genuinely powerful tablet in this size is difficult to find. The iPad mini 4 is aging and clearly on its way out, while a tablet like the Galaxy Tab A is just not going to have the computing power to take over from a laptop. While the keyboard is undoubtedly the most important add-on here, there are other accessories that you'll want to consider. Pen input is definitely worth investigating. After all, tablets are typically much easier to hold than laptops when you're drawing or taking notes. If you think you'll want to put pen to screen at any point, it's worth investing in a tablet with stylus support built in. How much you'll need to pay will depend on just what you expect to do, though. If you intend to use it only for the occasional sketch, a basic device like the standard iPad will do the trick.

Just be prepared to pay a premium if a pen will be a regular part of your workflow. The iPad Pro's gapless display and high refresh rate give it an edge in digital art (where you want a close connection between the pen and what happens onscreen), while the Surface Pro's tight OneNote integration could be vital if you're drawing diagrams for business meetings or class notes.

You'll also want to take a close look at expansion, both in terms of available ports and the adapters you can buy. As a rule of thumb, Windows-based tablets tend to reign supreme in this space. They often have the ports and peripheral compatibility that you'd expect from a conventional computer, and that means features that would be unthinkable on mobile OS–based slates. Take the Surface Pro as an example: Its Mini DisplayPort lets you hook up external monitors, and the USB port should work with virtually any Windows-ready peripheral under the sun (including docking stations for more peripherals). If you can't imagine parting with a second display, a mouse, wired networking or other creature comforts of PC life, Android tablets and iPads shouldn't even be on your radar.

This isn't to say that you're out of luck for peripherals with mobile tablets, but you'll likely have to budget for dongles if you buy one. Be sure to check a tablet's support for those adapters. While you can generally assume Apple will offer Lightning-based dongles for features like card readers and video mirroring, you'll want to double-check that your Android tablet of choice will support the adapters you want. Samsung's Android-based devices don't always support MHL video output, for instance, so you'd have to rely on wireless video sharing.

Think about your storage options, too. If you think your storage needs might grow, or you want to easily swap out your files, look for a tablet with a microSD card slot. Some Android and Windows tablets have these, but it's not a given. You're out of luck for simple removable storage if you're buying an iPad, so you may want to buy the most storage you can afford.

And whichever tablet you choose, consider the availability of other accessories in the same way you might shop for other mobile devices. How many cases are available? Are there specialized creative add-ons like Microsoft's Surface Dial? You'll usually have plenty of choices if you stick to large brands like Apple or Samsung, but you'll want to pay close attention if you either have particular demands or pick a less common brand. A tablet at this level is frequently a Swiss Army Knife -- you want it to handle as many tasks as possible.