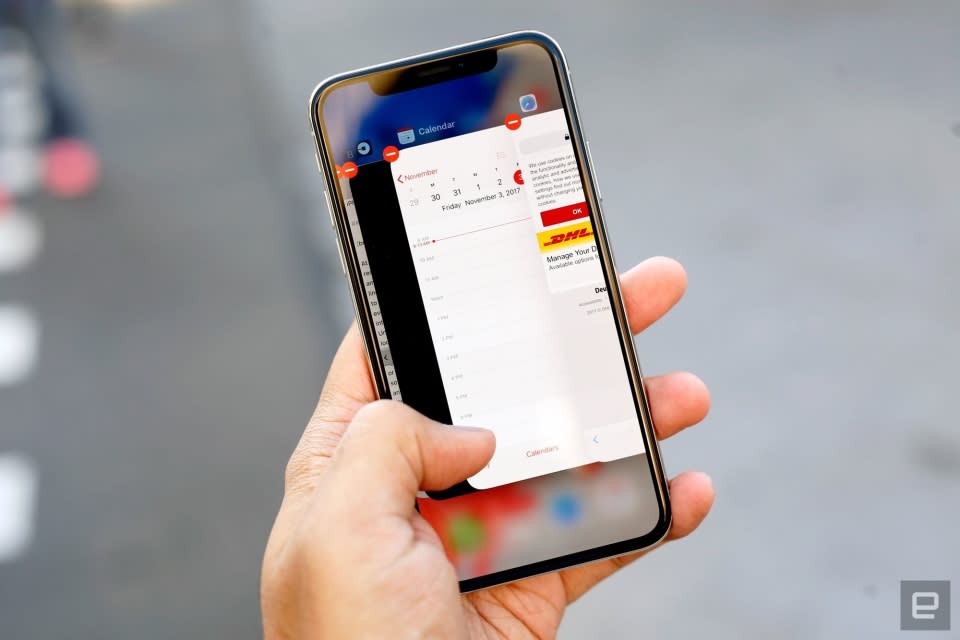 The expected holiday "super cycle" of iPhone sales didn't exactly work for Apple a few months ago, but that doesn't mean interest in the company's smartphones has died off completely. Apple just dropped its Q2 2018 earnings release, which, as usual, revealed a few juicy details. For one, the company raked in $61.1 billion in revenue, a huge 16 percent jump over its performance this time last year. That good news comes with a disappointing chaser, however: Apple sold 52.2 million iPhones this past quarter. For those who haven't been keeping count, that's a tepid 3 percent lift over this time in 2017 and just short of most of Wall Street predictions. Even so, this is still the most iPhones Apple has moved in Q2 in three years.

Those hoping for a strong iPhone sales rally are sure to be disappointed, but it wasn't hard to predict this kind of slackening demand. Over the past few weeks, iPhone production partners like SK Hynix and Taiwan Semiconductor Manufacturing — which churns out Apple's A-series processors — pointed to a dip in smartphone demand to explain their recent, somewhat disappointing earnings reports.

The other mainstays of the company's product portfolio didn't shift much from last year, either. iPad sales jumped slightly to 9.1 million, though there's plenty of room for movement there — after all, this quarter doesn't take into account the recent launch of the 2018 iPad, a sequel to a device Apple spokespeople have called its most popular model. Meanwhile, Apple moved 4.08 million Macs, a very slight dip from its position this time last year. Frankly, we're a little shocked that number hasn't dipped further considering the company's general lack of visible work on its computers.

Not all of Apple's hardware sales were static, though. Apple CEO Tim Cook called AirPods "a runaway hit" and pointed out that the company was working to keep up with the impressive demand during the company's customary earnings call. That plus the continued popularity of the Apple Watch likely played a big role in the 38 percent spike in Apple's "Other" revenue -- you know, the bucket where Apple lumps all its other products into an opaque, lucrative mass.

The most notable surge we've seen in Apple's report is in its services division: it was responsible for $9.2 billion of Apple's total revenue influx, up more than 30 percent since last year. Not only is that some $2 billion more than what Apple's services generated last year, it's an all-time record for the company according to CFO Luca Maestri. With demand for Apple's hardware seemingly going soft, expect to see the cash the company pulls in from services like iCloud, Apple Music and more to really drive movement in the company's bottom line.

In this article: apple, business, gear
All products recommended by Engadget are selected by our editorial team, independent of our parent company. Some of our stories include affiliate links. If you buy something through one of these links, we may earn an affiliate commission.