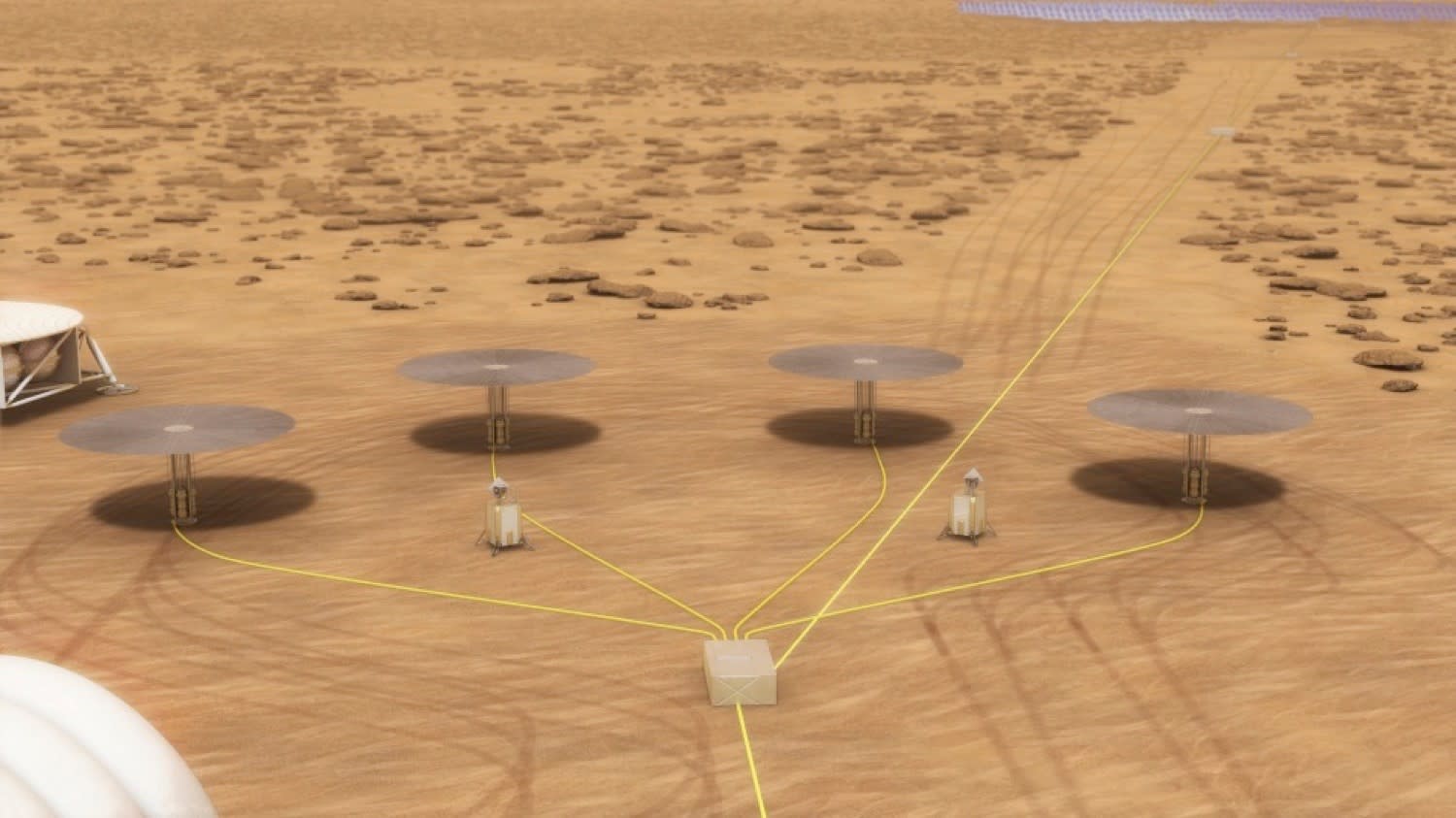 Being able to generate power will be essential for long-term space travel. Powering a stay on Mars, for example, will require a lot of fuel, way more than we can pack onto a rocket. That's why NASA, Los Alamos National Laboratory, the Department of Energy and a number of other groups have been working on a small, transportable nuclear reactor that can reliably generate power on the go. The reactor they're developing is called Kilopower and earlier this year, they announced that they had conducted successful tests of the system. In March, the team ran the first full-power tests and during a press conference today, they reported that those tests went extremely well.

Lower power Kilopower systems, like the one kilowatt version, can power a basic toaster, while the largest version, a 10 kilowatt model, can do a bit more. Four or five of the latter could be used to power a habitat on Mars and importantly, they don't rely on the sun, meaning they can be used on planets with less sunlight than ours, in shadowed regions and during light-blocking dust storms. "Kilopower's compact size and robustness allows us to deliver multiple units on a single lander to the surface that provides tens of kilowatts of power," NASA Associate Administrator Steve Jurczyk said in January.

In March, the team behind Kilopower performed a 20-hour, full-power test of the system in Nevada with the goal of confirming predicted performance. The system used was designed to be as flight-ready as possible and the environment was constructed to mimic that of space -- measures taken in order to get as good of a look at how this system might perform in space as possible.

Throughout the test, Kilopower met or exceeded the researchers' expectations, producing more thermal power in its steady state condition than what was predicted and maintaining steady temperatures when faced with more extreme conditions. For example, cutting off the system's cooling or ramping it up to its maximum level both resulted in a core temperature change of just 15 degrees or less. Dave Poston, chief reactor designer at Los Alamos National Laboratory, said that the significance of the tests was hard to overstate. The Kilopower system is the first new fission reactor concept to be developed in the US in over 40 years and the most recent test provided valuable data and effectively assessed its infrastructure. It also demonstrated that Kilopower's passive operations -- once it gets going, human input isn't needed to keep it running or to regulate it -- are reliable. Based on its testing performance, Kilopower is largely ready to use now for near-term space science and is closer to being available for long-term space exploration.

Going forward, the Kilopower team plan to conduct flight demonstrations, though there's no timeframe for that just yet. Over the next 18 months, they'll work to determine exactly what will be needed to design, build, certify and fly these reactors.