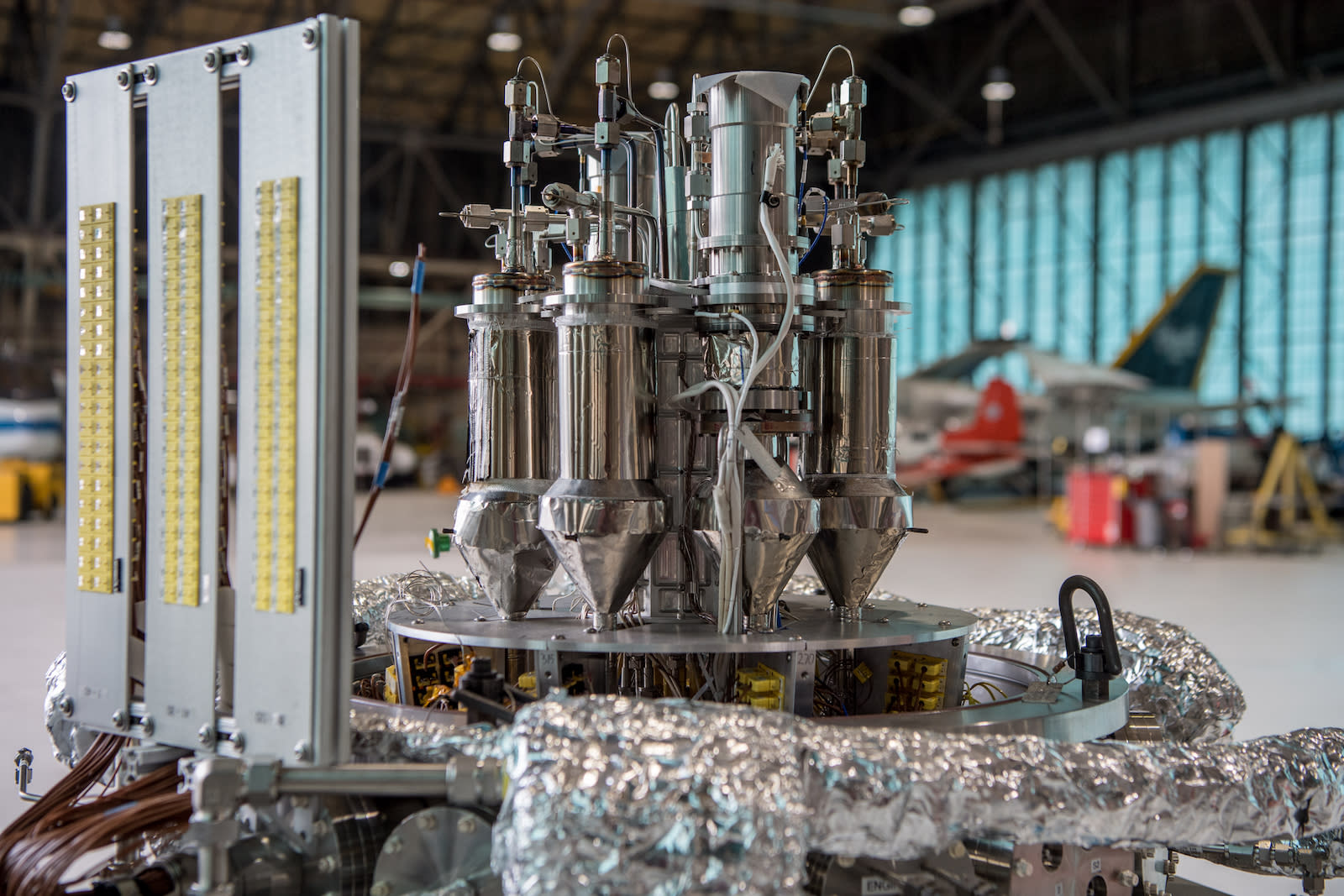 Everyone from Elon Musk to Donald Trump wants to send a crewed mission to Mars in the not too distant future, but there are quite a few problems that need to be solved before we can achieve that goal. A major one is the issue of energy. Long-term stays on Mars, or anywhere else for that matter, will require lots of energy, as will the trip back to Earth. However, loading a rocket up with all of the necessary fuel won't work -- we would need too much. So a way to create fuel on the go is a must and researchers at NASA, Los Alamos National Laboratory and the Department of Energy announced today that they've conducted successful tests of a system that can do just that.

Kilopower is a small nuclear reactor that can generate a reliable power supply. Versions range from 1 kilowatt -- enough to power a basic toaster -- to ten kilowatts and Kilopower project researchers said in a Space.com article that around four or five of the latter would be needed to power a habitat on Mars. "Kilopower's compact size and robustness allows us to deliver multiple units on a single lander to the surface that provides tens of kilowatts of power," Steve Jurczyk, associate administrator of NASA's Space Technology Mission Directorate, said during a press conference today.

Testing of the Kilopower system has gone smoothly so far and in March, the team plans to conduct a full-power test. To hear more about how Kilopower works, check out the video below.

In this article: DepartmentOfEnergy, DonaldTrump, ElonMusk, gear, kilopower, mars, nasa, NuclearReactor, space, SpaceTravel, TL18MRSLF, TL18NASA, tomorrow, video
All products recommended by Engadget are selected by our editorial team, independent of our parent company. Some of our stories include affiliate links. If you buy something through one of these links, we may earn an affiliate commission.