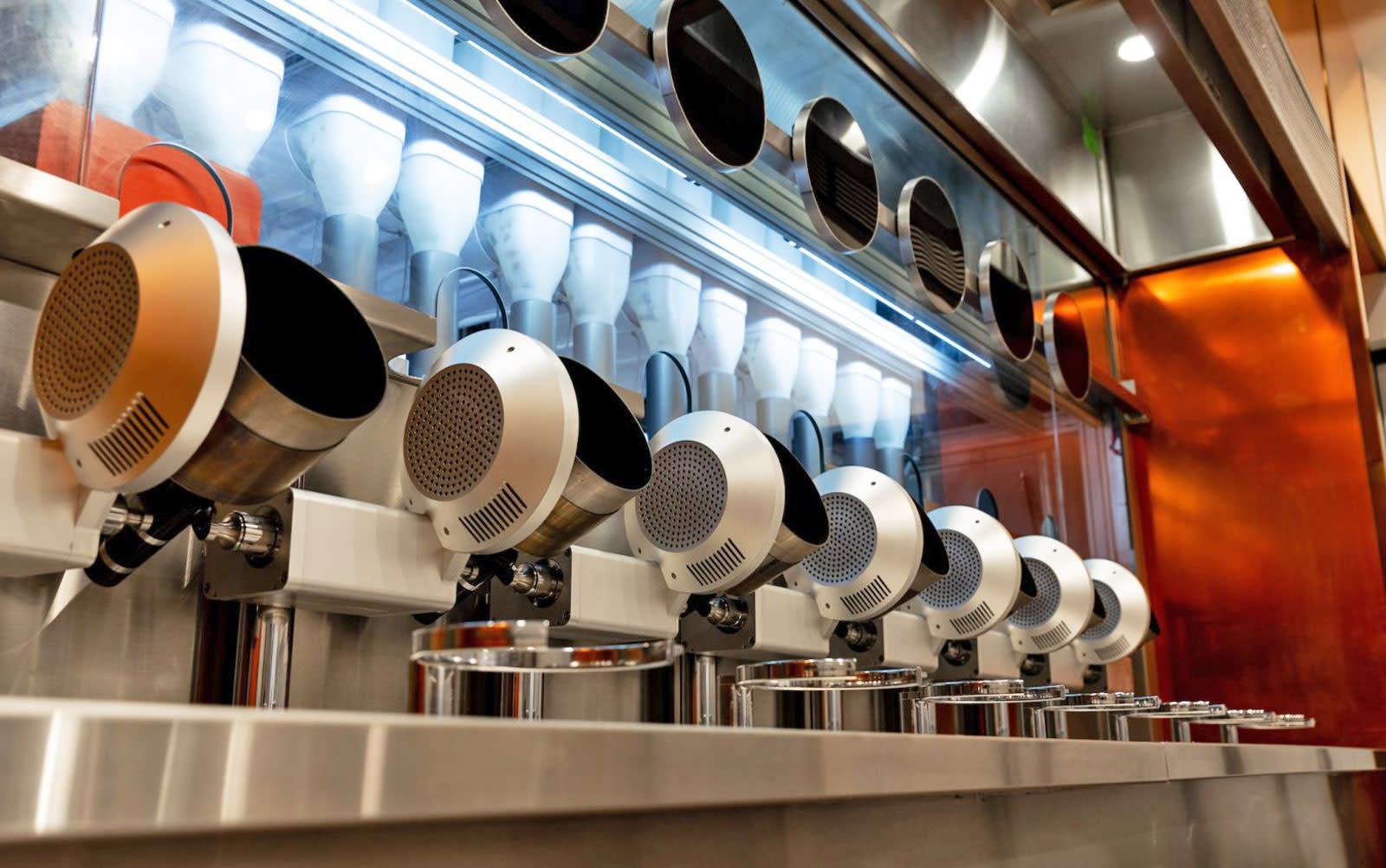 Four MIT students who once built a soccer ball-kicking robot got together with a Michelin-starred chef to build a restaurant that's not quite what you're used to. How? Well, it's staffed by robots, obviously. Spyce, a fast casual restaurant that has just opened its doors in Boston, has a mecha-kitchen with seven autonomous woks preparing its healthy offerings. A customer simply has to choose one of the bowl-based meals in its menu through a touchscreen kiosk, and the sprouts, kale, beans, grains and other components of the meal will automatically drop into one of the drum-like machines to start cooking.

Spyce's mecha-woks use magnetic induction to heat the food and automatically rinse themselves after preparing every order. As cool as they sound, though, they aren't quite capable of doing actual food prep and making bowls look presentable. The restaurant still employs human workers at a commissary kitchen where ingredients are chopped and prepared; on site, there are two garnish employees to add the finishing touch. So, although robots could eventually take all our jobs, Spyce's founders didn't conjure up a machine that can put all restaurant employees out of work right now.

Its Yelp reviews are pretty good, if you're wondering how's the food itself. To note, Michelin-starred chef Daniel Boulud serves as Spyce's culinary director. But if you're not quite the kale and beans kind of person, seeing the restaurant's whirring, spinning robotic woks in action might be worth the visit. Spyce runs an open kitchen, and the show is definitely part of the experience. "It's fun to see what's going on behind the scenes," co-founder Brady Knight said, "We didn't want to hide anything because we think what we made is pretty cool."

In this article: boston, food and drink, food-and-drink, foodanddrink, gear, restaurant, robots, spyce
All products recommended by Engadget are selected by our editorial team, independent of our parent company. Some of our stories include affiliate links. If you buy something through one of these links, we may earn an affiliate commission.