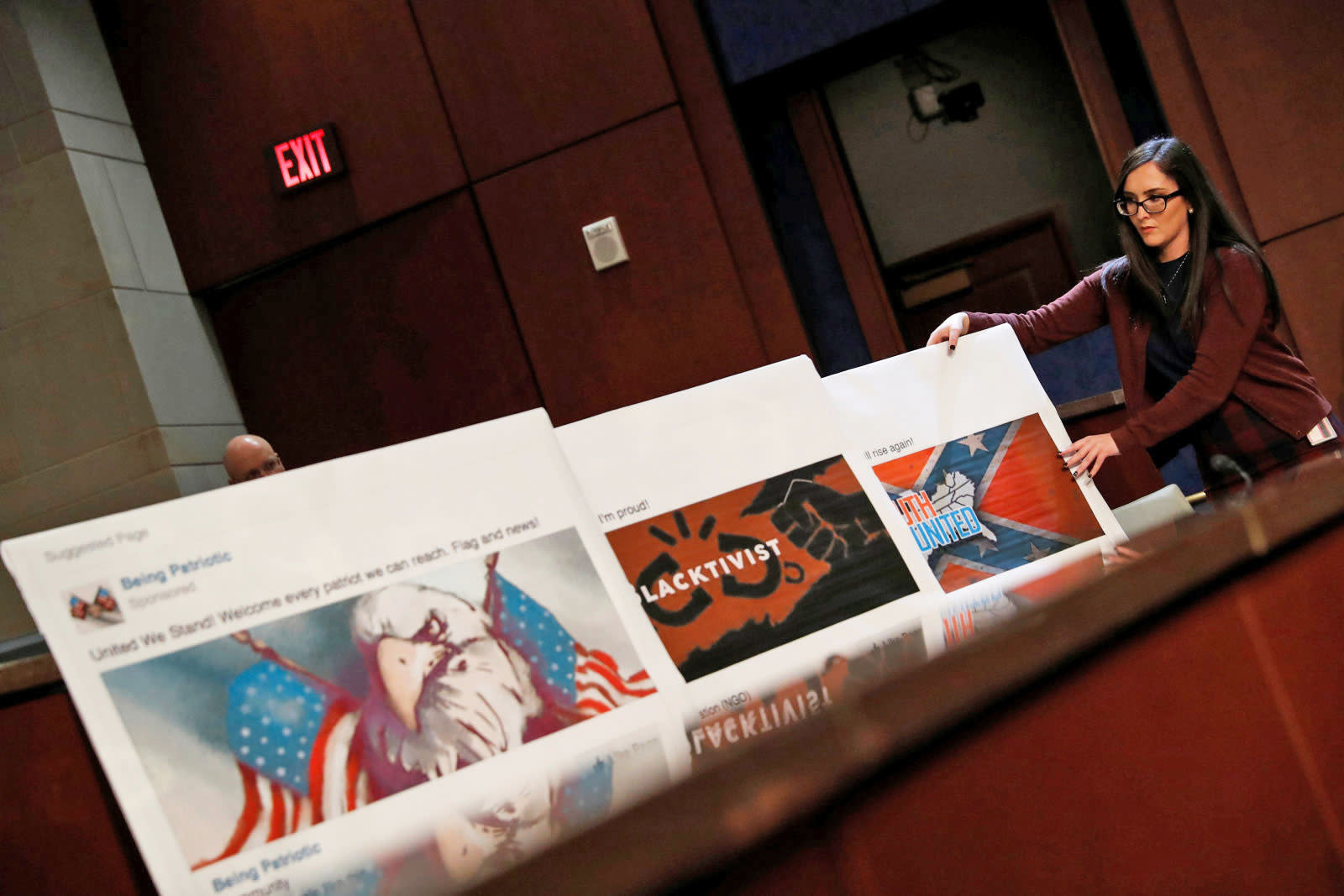 You're about to get more than a small sample of the Russia-connected Facebook ads purchased during the 2016 presidential election. Wall Street Journal sources have learned that Democrats from the House Intelligence Committee are planning to release 3,000 of the Russia-bought ads as soon as this week. The trove will show both the ad images, who they targeted, how much they cost and how many people saw those ads. There's a chance the release could be delayed over a debate with Facebook over the level of user info (such as likes and shares) that should be redacted, according to the tipsters.

The lead Democrat in the Committee, Rep. Adam Schiff, confirmed the plans and said the redacted ads should be available "within a matter of days."

There's a good chance the remainder of the ads will reflect what we've seen so far. Russia is believed to have focused on stoking tensions on both sides of the American political spectrum, frequently by targeting users who had shown interest in topics commonly associated with a given political stance. All of those in the cache were purchased by the Internet Research Agency, a group associated with the Russian government.

There's no escaping the political motivations behind the expected release. House Democrats contend that Republicans on the Committee purposefully cut short their investigation into Russian involvement in the 2016 election. This disclosure would put Russia's efforts back in the spotlight. At the same time, it should still be useful regardless of affiliations -- it promises much more transparency around the ads than before, when Facebook released fewer than 50 of the promo pieces.

In this article: democrats, facebook, gear, internet, internetresearchagency, politics, putin, russia, socialnetwork, socialnetworking
All products recommended by Engadget are selected by our editorial team, independent of our parent company. Some of our stories include affiliate links. If you buy something through one of these links, we may earn an affiliate commission.
Share
Tweet
Share