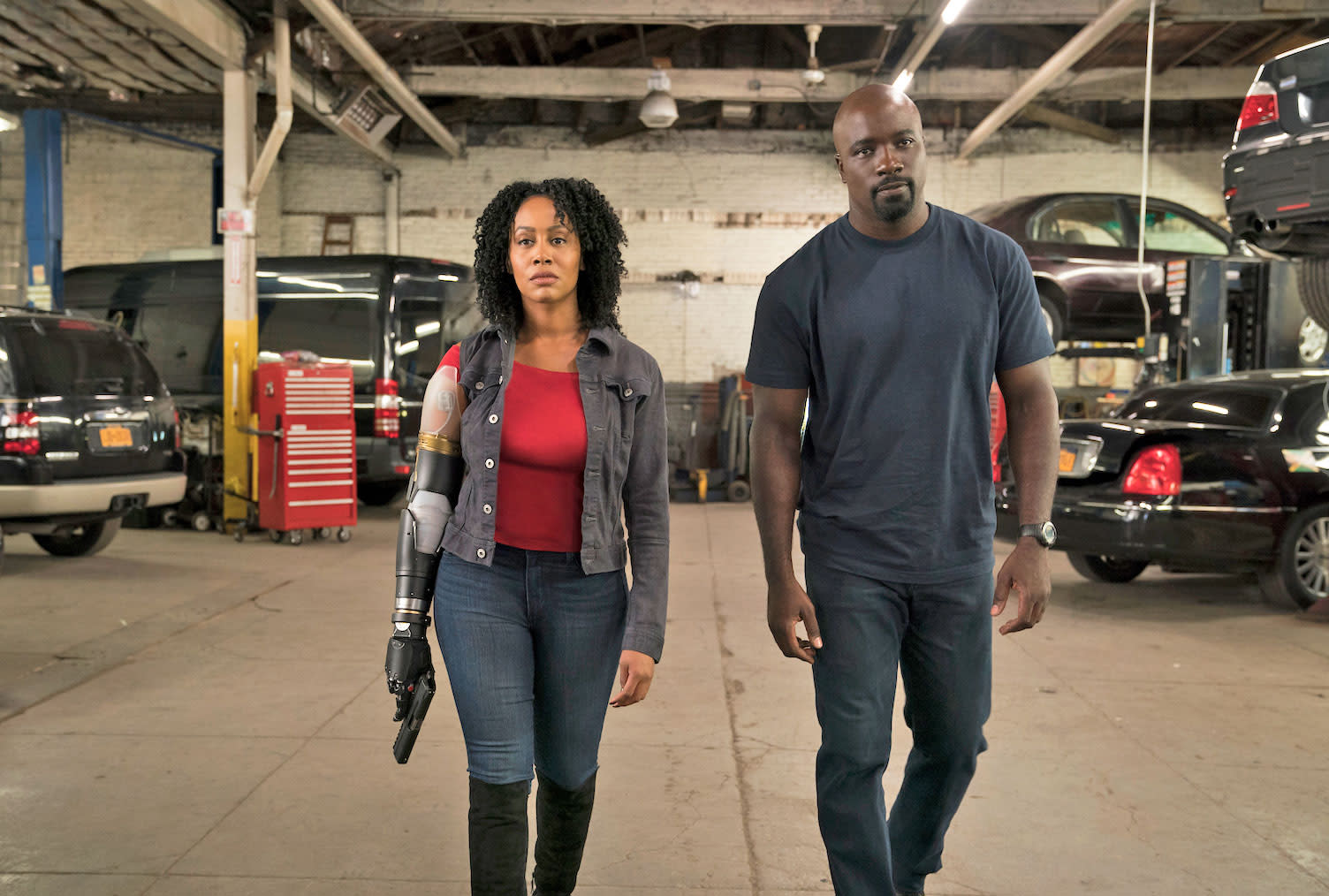 Today, Netflix released a trailer for the second season of Marvel's Luke Cage, the story of a bulletproof man (Mike Colter) who is fighting to save Harlem from forces that want to do the local population harm. The second season premieres on Netflix on June 22nd.

In the trailer, viewers can see that Luke Cage is no longer operating in the shadows; he's become a hero to the people of Harlem. He attracts the notice of a new villain, who seems to be just as indestructible as Luke. According to the press release, Luke will need to "confront the fine line that separates a hero from a villain." It seems as though this season will force Luke to test the boundaries of his own principles in order to defeat this new enemy.

The trailer also gives the viewer glimpses of Claire Temple (Rosario Dawson), who seems to be a sort of conscience for Luke in this season. Misty Knight (Simone Missick) is sporting the prosthetic arm that she is famous for in the comics, while Mariah (Alfre Woodard) is clearly up to no good once again. The premiere episode of the second season is directed by Lucy Liu.

In this article: av, entertainment, lukecage, marvel, netflix
All products recommended by Engadget are selected by our editorial team, independent of our parent company. Some of our stories include affiliate links. If you buy something through one of these links, we may earn an affiliate commission.