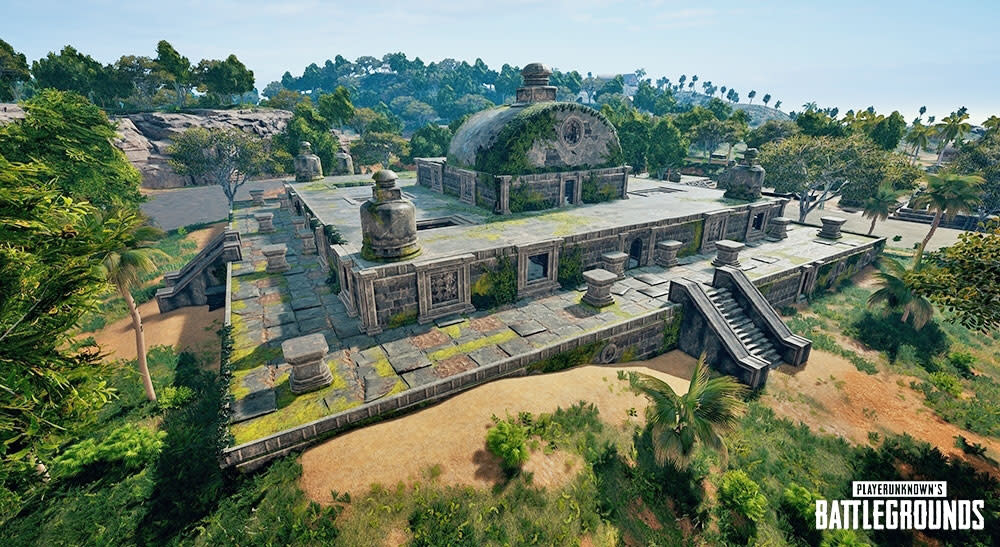 PlayerUnknown's Battlegrounds has been teasing its upcoming third map for a month now, and this weekend, players on PC will be able to test it out -- no invite required. The newly-named Sanhok (formed from the Thai word for 'fun' and the Tagalog word for 'chicken') features ruins and jungle inspired by areas in Southeast Asia. And like the game's unpopular second map Miramar, this one is a much smaller 4km x 4km -- just a quarter of the size of PUBG's original arena Erangel.

In other words, the game is doubling down on imitating its competitor Fortnite's faster-paced action galvanized by much smaller maps. Starting May 10th at 10PM ET, an experimental server will open to PUBG players on PC until 7AM ET the following Monday. While Sanhok won't be fully released for "a couple of months," according to the team's blog post, it's clear they want to increase the game's environment diversity, especially after introducing a map selector last week.

In this article: av, battleroyale, gaming, mapselector, playerunknownsbattlegrounds, pubg
All products recommended by Engadget are selected by our editorial team, independent of our parent company. Some of our stories include affiliate links. If you buy something through one of these links, we may earn an affiliate commission.