The AscapePods' charging case powers your phone and the earbuds.

If you want to put a little Motown in your ears, the Kickstarter campaign for Ascape Audio's newest Detroit-designed fully wireless earbuds and charging case has finally launched. The pitch is as follows: The AmpPack is a charging case that holds and charges the AscapePod fully wireless earbuds. The AmpPack automatically starts charging the twist-to-lock earbuds as soon as you secure them into the cradle near your phone's earpiece. The case's internal battery has enough power to charge them 20 times, or, it can double the life of your phone battery.

When using it to charge your phone, the AmpPack will reserve ten percent of the battery for one last AscapePod charge. And at the end of the day, you don't need to disassemble your phone just to recharge everything, either. You can charge all three devices simultaneously via the Lightning port, or with any Qi wireless charger. Handy. 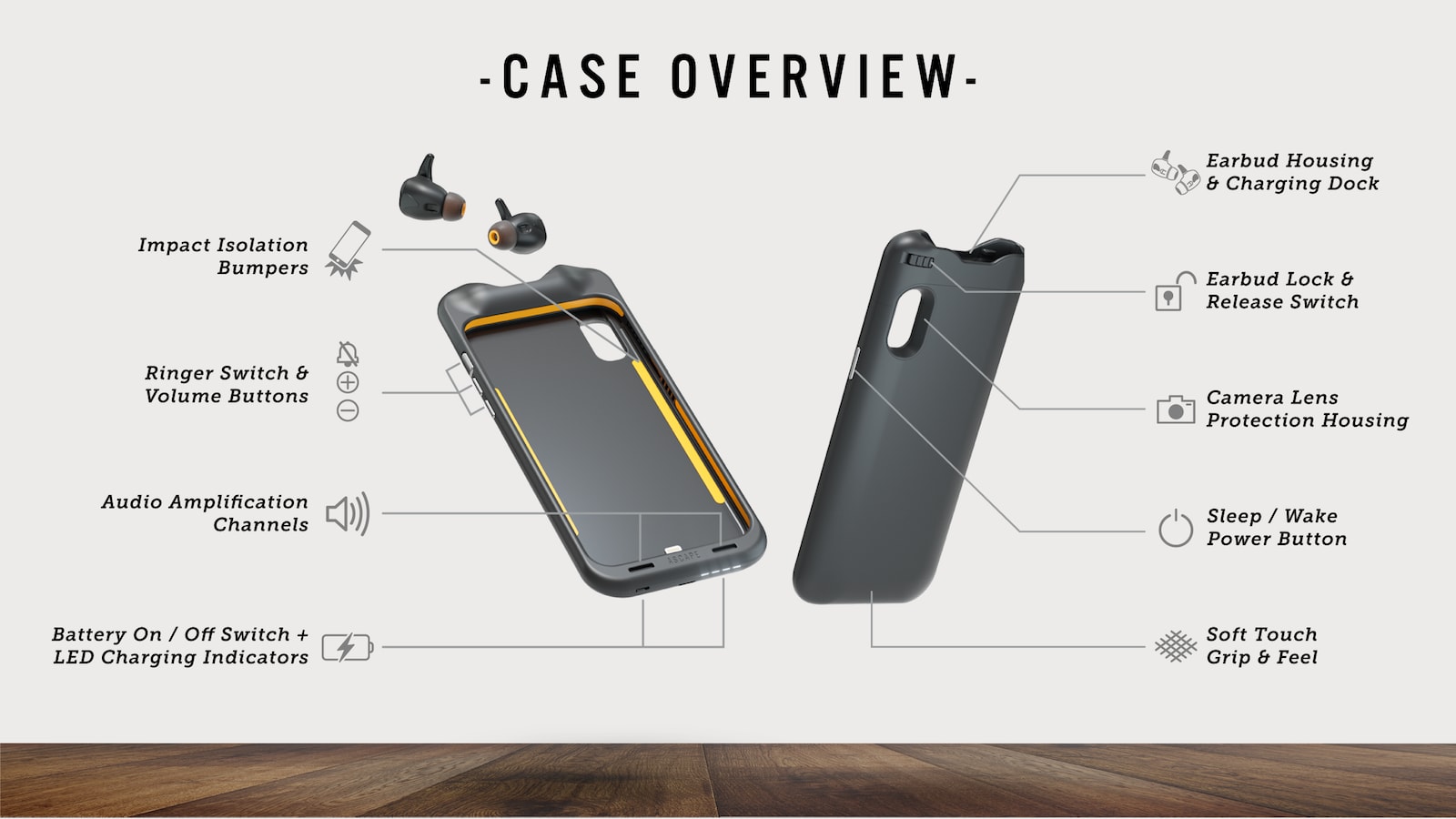 Using the AscapePods sounds fairly simple too. Just pull the earbuds out and they automatically pair with each other and your phone. Because the AscapePods use Qualcomm's new 5120 chipset, the AscapePods provide true wireless stereo sound, with both earbuds paired directly to your device. The promise is a consistent connection, free from drops in audio signal thanks to Bluetooth 5.0, TrueWireless Stereo and Broadcast Audio baked into the 'buds. The AscapePods also boast beamforming mics, so your digital assistant or the person you're on the phone with can hear you clearly.

Oh, and if you want to leave your phone in the bedroom while you're doing dishes in the kitchen, Ascape says that shouldn't be an issue thanks to the 60-foot Bluetooth range. The AscapePods use a set of custom graphene drivers, which apparently use less power than traditional drivers, extending battery life and enabling longer play sessions between charges.

Because of how many different Android devices there are, Ascape is asking the peanut gallery to vote on its first case for phones running Google's mobile OS. Until then, if you're keen to what the Detroit company is laying down, you can pick up a pair of AscapePods with a universal charging dock. The universal dock offers a 20-hour charge capacity. Should you back Ascape's project today, you can pick up an AmpPack with earbuds for $139. Just the AscapePods with their charging dock will set you back $99. Both flavors come with three sizes of silicone ear tips, two sizes of memory foam ear tips and three sizes of security fins (to keep the 'pods in your ears). Once the early-bird backer tiers sell out, the AmpPack tier goes up to $189. You can order two-packs, four-packs and ten-packs as well.

If you want a more hands-on experience, throwing $4,999 at Ascape's campaign will get you ten AmpPacks plus you'll help weigh in on case design (including color choice) and you'll get to go backstage at the team's launch party and concert this July. More than that, you'll help test the first production units and get to tour Ascape's headquarters in Detroit.

Assuming Ascape reaches its $75,000 campaign goal, the team expects the AmpPack to ship this November.