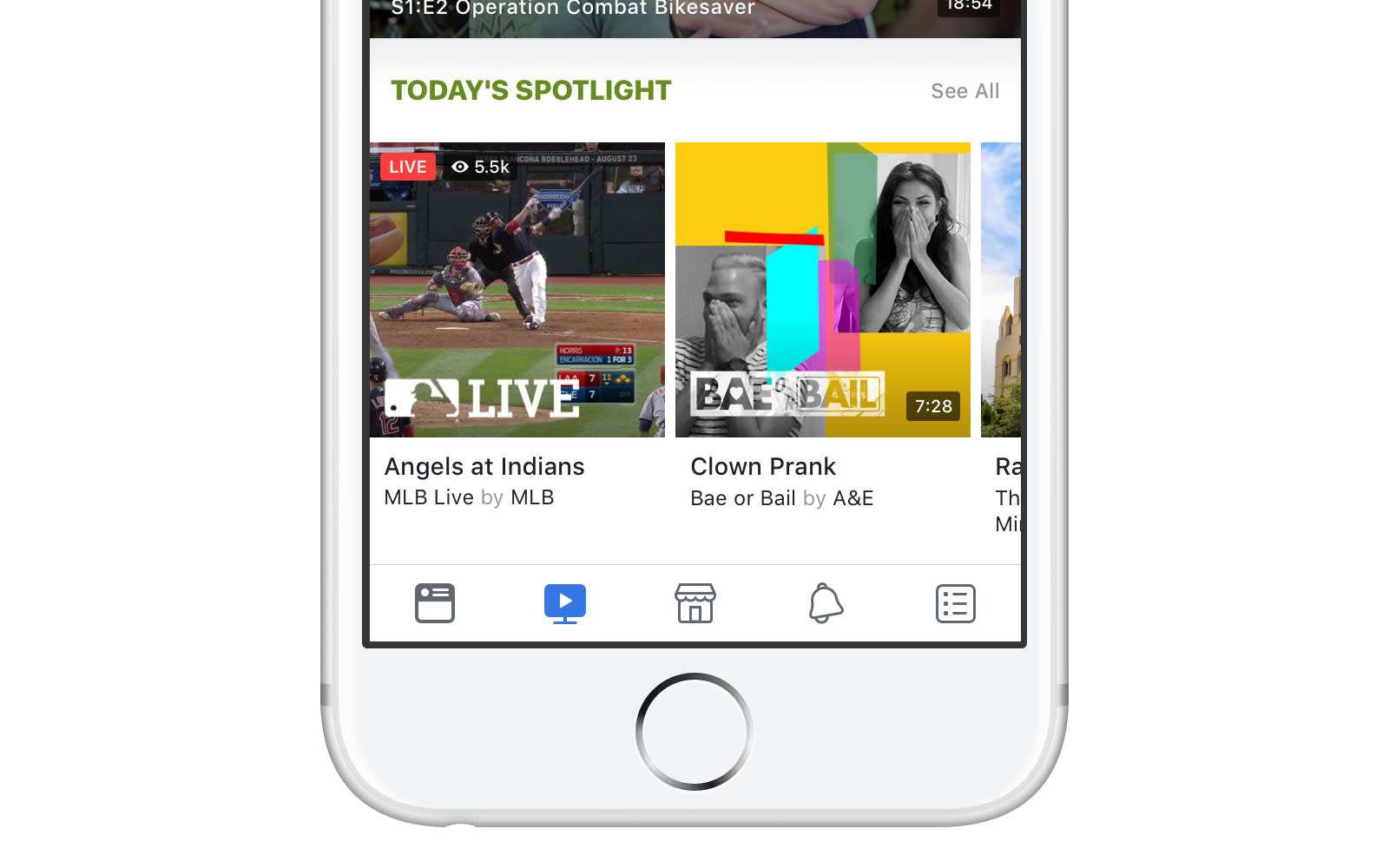 Facebook didn't dedicate a ton of attention to its live video push at F8 last week, but that doesn't mean the social network isn't hard at work on the feature. In an announcement today aimed at live video publishers, the company says its currently testing a "Live Rewind" feature for Facebook Live videos. Soon you'll be able to scrub back to that crazy thing you missed without having to wait until the stream is over.

While the upcoming rewind feature is currently in testing, but Facebook plans to roll it out to everyone in the future. While Live Rewind will be handy for any livestream, it will especially be helpful when it comes to sporting events -- an area where the company has placed particular emphasis. In fact, CrossFit Games is one of the test subjects for the tool.

In addition to news of the Live Rewind test, Facebook will also allow publishers to stream Live broadcasts on multiple Pages at the same time as an original post. Pages could already do this with pre-recorded footage, but now the company is allowing the same with livestreams. Facebook is also now offering permanent stream keys for publishers so that crucial details about a broadcast can not only be shared in advance, but they don't change between sessions.

Facebook has been putting a big emphasis on live video for a while now. The company has made it clear through added features and big investments that it wants the Watch tab and Pages to be your go-to spot for streaming. With tools like Live Rewind and making things easier for creators, Facebook is certainly making an effort to pad its library, so it will be interesting to see what comes next.

In this article: av, entertainment, facebook, facebooklive, gear, internet, livestream, ohthankgod, rewind, video
All products recommended by Engadget are selected by our editorial team, independent of our parent company. Some of our stories include affiliate links. If you buy something through one of these links, we may earn an affiliate commission.