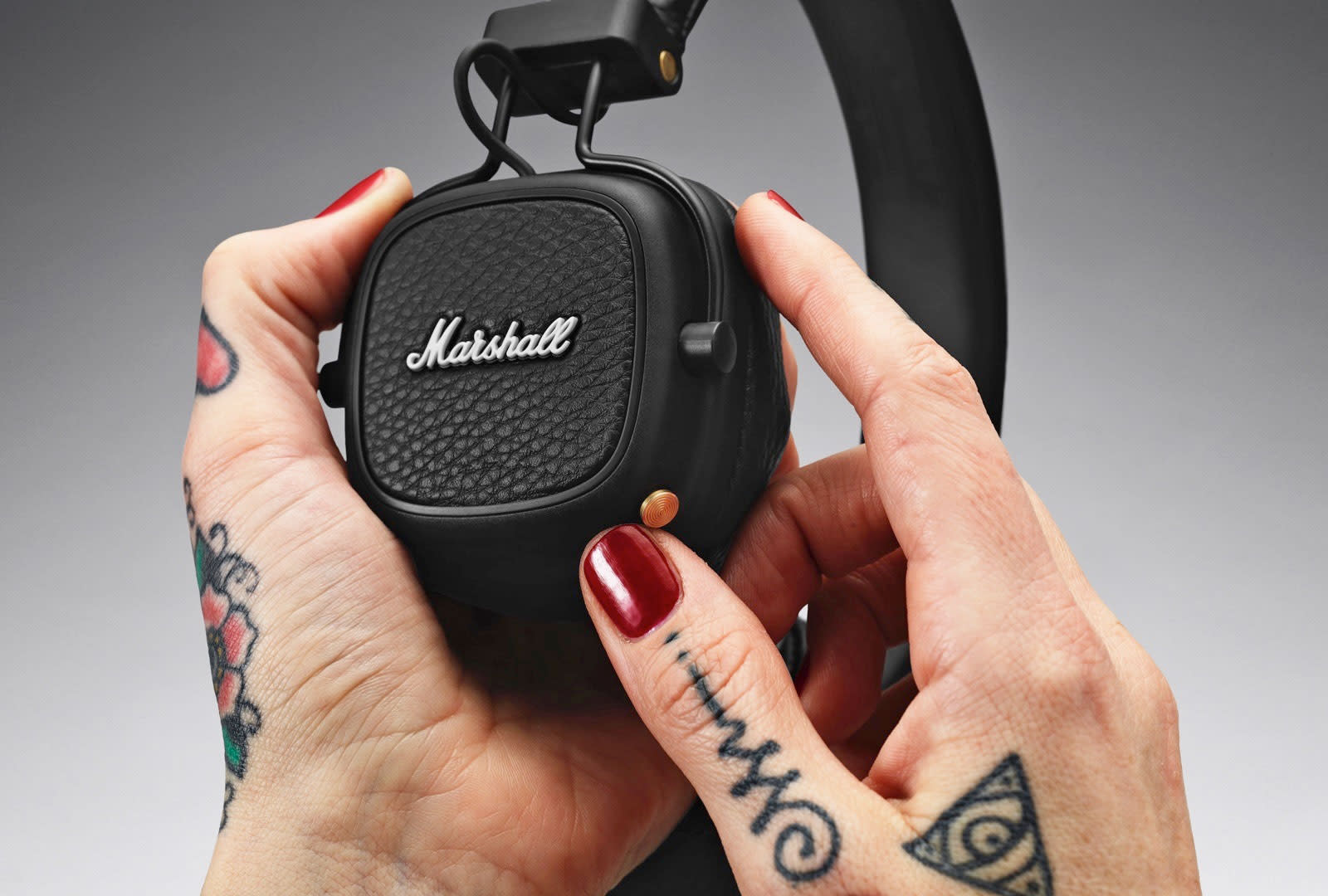 Marshall's Major headphones first debuted in 2010, and the company introduced the wireless Major II in 2016. Now Marshall is updating its most popular model with the Major III: a redesigned version of the on-ear headphones that still carries that familiar style. While this new option may look similar to the others, there are some updates that should make the extremely capable headphones even better. First, the Major III features new earpads alongside changes to both the headband and hinges. Marshall says these tweaks make the headphones more comfortable so they can easily be worn for long periods of time. Of course, we have to take their word for it right now, but the Major II was quite comfy during our time with that set. The same guitar gear aesthetics that are a trademark of Marshall's audio gear are here once more: a mix of black vinyl and leather, gold accents and that iconic script logo.

Next, both versions of the Major III pack in updated 40mm dynamic drivers for improved sound. Marshall says the tweaks translate to more clarity without sacrificing low-end oomph. We were quite pleased with the audio on the Major II, so hopefully the changes here only made a good thing even better. On the wireless Major III, Marshall kept the stellar 30-hour battery life from the previous version. That's at the high end of play time for wireless headphones I've tested recently. What's more, we managed to get 37 hours out of the Major II, so that 30-hour rating could be a mark you easily surpass. Again, another item we'll need to test during a full review.

In this article: audio, av, bluetooth, gear, headphones, major, major3, majoriii, marshall, wired, wireless
All products recommended by Engadget are selected by our editorial team, independent of our parent company. Some of our stories include affiliate links. If you buy something through one of these links, we may earn an affiliate commission.