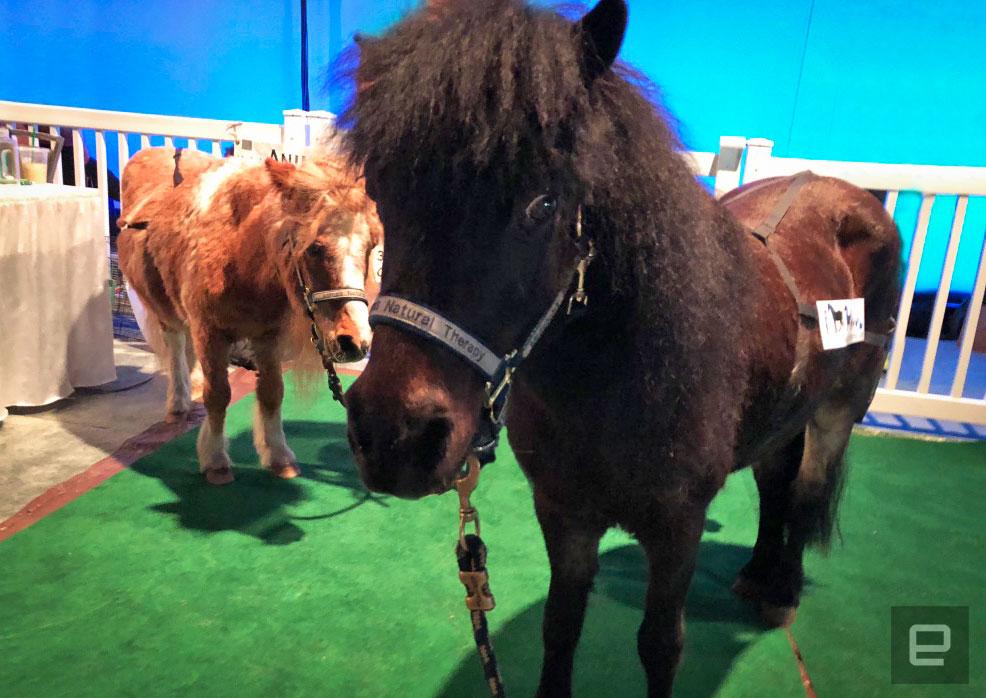 Don't worry, everyone, I found the Microsoft petting zoo. That's right, that miniature horse you see up there (her name is Midnight Mocha) is staring warily at you from the top floor of the Washington State Convention Center in Seattle, where Microsoft's Build developer conference is underway. The zoo, as I'm calling it, is part of a larger relaxation section, the likes of which we've seen at other tech and gaming conferences. But a dedicated space with rented therapy animals? That's new.

All told, I spied three miniature horses, three bunnies and a lone dog. Though the animals were surrounded by selfie takers when I swung by, there were also people just chilling with rabbits in their laps. The scene makes for a cute, clearly irresistible photo op, but it also represents an earnest attempt on Microsoft's part to accommodate people with different needs. The prevelance of anxiety and depression in the programmer community has been well documented, and providing therapy animals at industry conferences is an easy way to make them feel safer.

Not to mention, the petting zoo makes for a fitting backdrop at a time when Microsoft is already attempting to establish itself as a leader in accessibility tech. A tiny horse named Toby might not be as technically impressive as an AI helper, but it's no less effective at helping people with anxiety find a few moments of peace. And hey, it's a hit with the rest of us, who also get sick of hanging around humans sometimes.

In this article: build2018, entertainment, food and drink, food-and-drink, foodanddrink, green, lilsebastian, microsoft, pettingzoo, sebastian, therapyanimals, transportation
All products recommended by Engadget are selected by our editorial team, independent of our parent company. Some of our stories include affiliate links. If you buy something through one of these links, we may earn an affiliate commission.