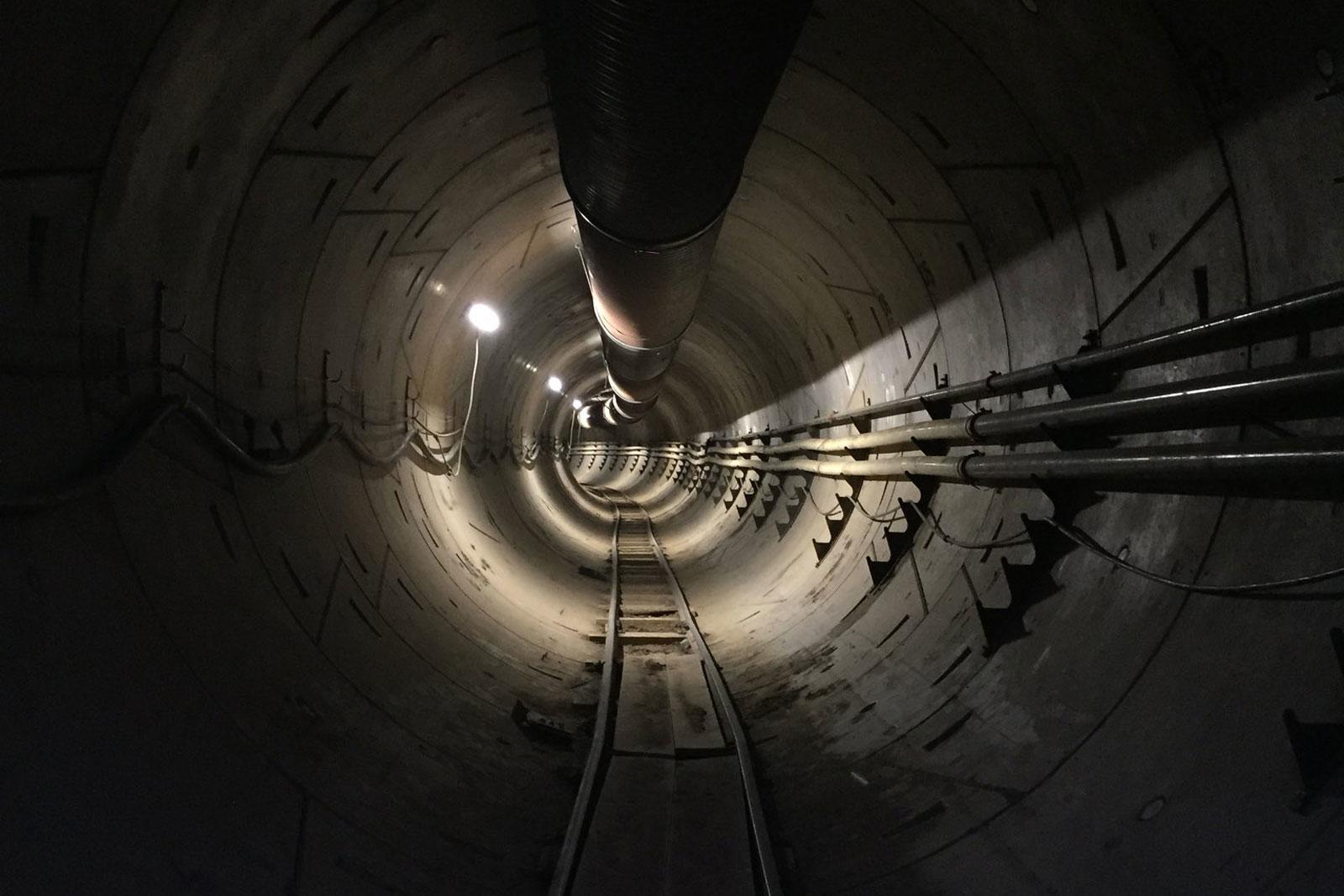 Elon Musk has posted a video of Boring Company's first nearly completed tunnel under Los Angeles, which heads towards LAX and has an extra entrance at the SpaceX Hawthorne HQ. The multi-company chief said the tunnel is almost done, pending regulatory approvals that will allow the Boring team to offer free rides to the public as soon as a few months from now. While people will eventually have to pay to ride Boring's electric pods, he said it will cost commuters even less than a bus ticket. If true, then the company's shuttles and tunnels could easily become the transportation method of choice.

First Boring Company tunnel under LA almost done! Pending final regulatory approvals, we will be offering free rides to the public in a few months. Super huge thanks to everyone that helped with this project. Strong support from public, elected officials & regulators is critical to success. As mentioned in prior posts, once fully operational (demo system rides will be free), the system will always give priority to pods for pedestrians & cyclists for less than the cost of a bus ticket.

Musk has also reiterated the company's previous statement that the tunnels will always prioritize shuttles carrying pedestrians and cyclists. Cars will still be able to use them, but they come second to mass transit needs. In addition to sharing a video of the tunnel (above), Musk also said on Twitter that the Boring Company has already started digging a tunnel between DC and New York. Also, the company is hoping to start digging a route between LA and San Francisco next year, which will apparently be able to accommodate true hyperloop "with pressurized pods in near vacuum tunnels [and] faster than jetliner."

Already started DC to NY route.
Hopefully start LA to SF next year. That will be true @Hyperloop w pressurized pods in near vacuum tunnels & faster than jetliner.