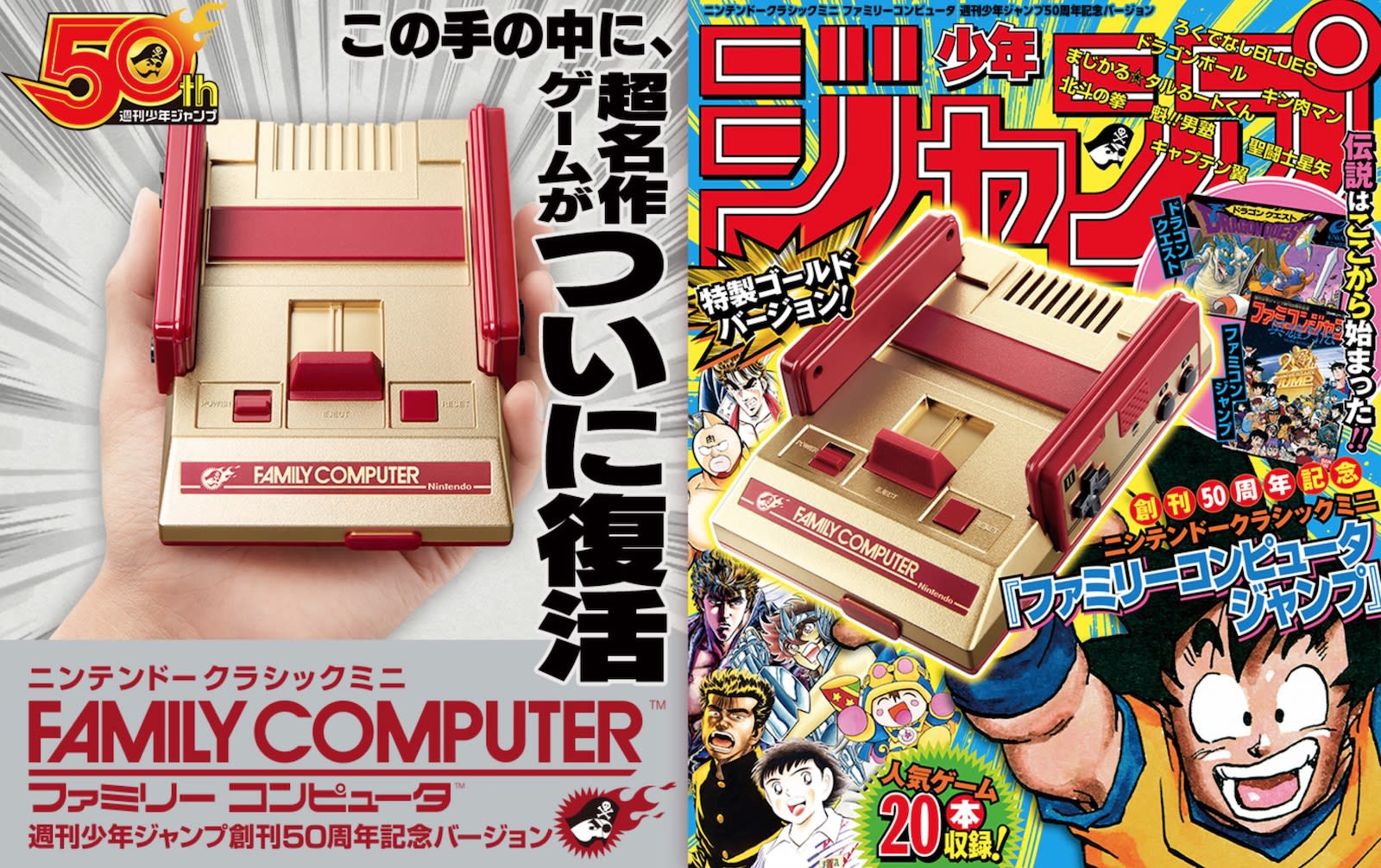 When Nintendo promised to revive the NES Classic Edition and SNES Classic Editions, we didn't expect the company to do it this way. In celebration of Japanese manga magazine Weekly Jump, Nintendo will release a special gold and red Famicom Mini (NES to Western audiences) preloaded with 20 games that were based on manga from the magazine, as spotted by Kotaku. The mini console will be released in Japan on July 7th. If you really want one, your best bet is probably to keep an eye on eBay, or find a friend abroad.

In this article: av, famicom, famicommini, gadgetry, gadgets, gaming, japan, manga, NESClassicEdition, nintendo, SNESClassic, weeklyjump
All products recommended by Engadget are selected by our editorial team, independent of our parent company. Some of our stories include affiliate links. If you buy something through one of these links, we may earn an affiliate commission.