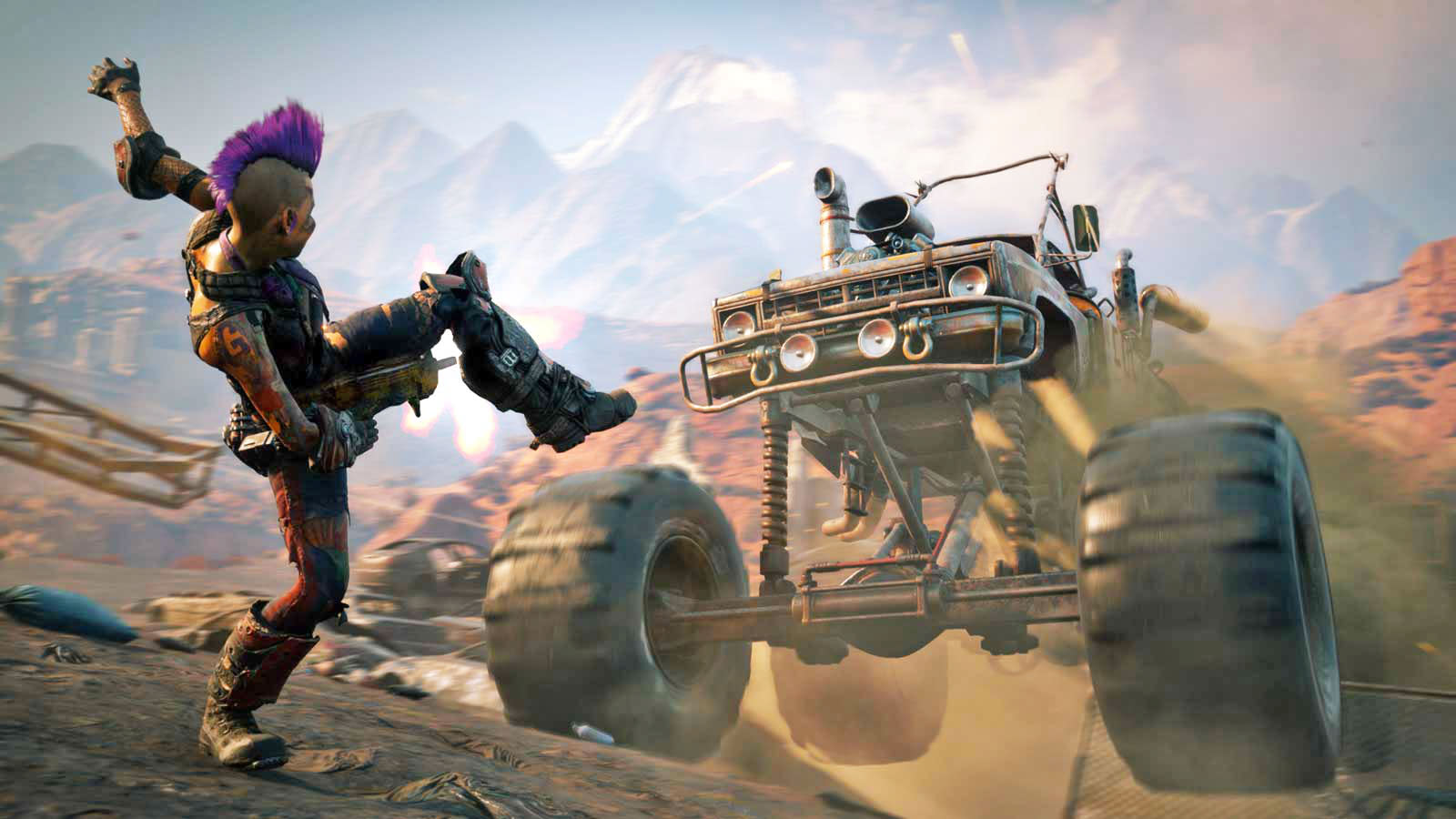 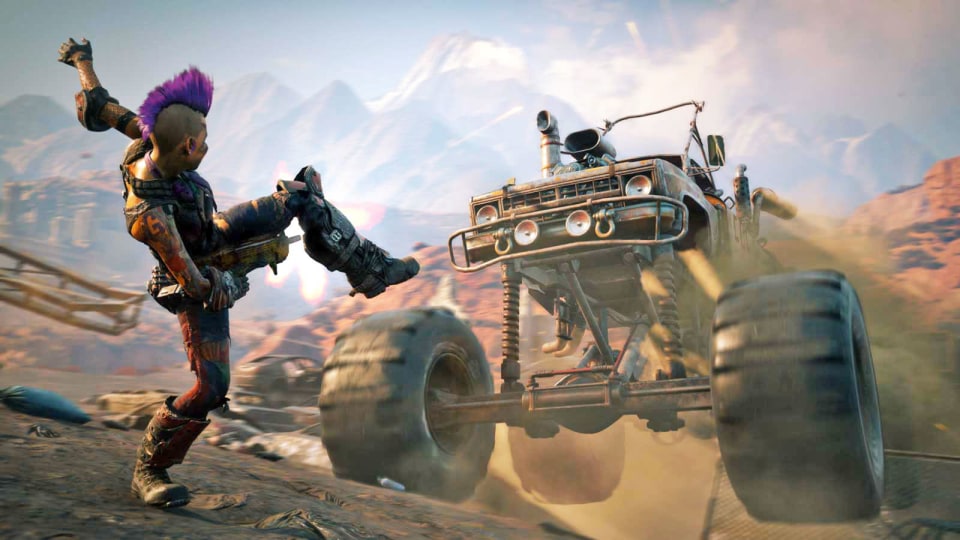 Bethesda's initial teaser for Rage 2 may have been long on hype and short on substance, but it's making up for that with the full announcement. The team-up between original Rage creators id Software and Avalanche Studios (best known for Just Cause and, appropriately, Mad Max) promises to be a significant expansion of the first game's post-apocalpytic open-world concept. The premise is familiar -- you're still fighting gangs, mutants and the oppressive Authority through a mix of on-foot shooting and vehicular combat -- but the mechanics have changed. Even at this early stage, it's clear the title is borrowing a page from Doom's book.

Your character, the elite ranger Walker, thrives on an Overdrive mechanic that rewards aggressive gameplay. Think of it as a sequel to Doom's glory kill system -- where you previously received 'just' health and ammo, Overdrive also amps your guns' abilities and increases the chances of better rewards from fallen enemies. The longer you can stay in Overdrive mode, the better your chances of winning fights that could otherwise seem hopeless. It's a way of keeping the gameplay frantic, which is more than a little appropriate in a game whose over-the-top action is clearly inspired by Mad Max and other world-gone-insane experiences.

Other upgrades promise a greater variety in environments (there are "swamplands and jungles" in addition to the seemingly omnipresent deserts) and "Nanotrite" abilities that can push enemies back or wipe them out in slam attacks.

The game will reach PS4, Xbox One and PCs sometime in 2019, with more info expected at Bethesda's E3 event on June 10th. That's a long time to wait, but it could be worthwhile. The first Rage game was a technological marvel with an intriguing game world, and was hindered mainly by mixed reviews of its gameplay. With Avalanche's involvement and Doom-like elements, Rage 2 might help the franchise live up to its potential.

In this article: av, avalanchestudios, bethesda, BethesdaSoftworks, games, gaming, idsoftware, personal computing, personalcomputing, ps4, rage, rage2, video, videogames, xboxone
All products recommended by Engadget are selected by our editorial team, independent of our parent company. Some of our stories include affiliate links. If you buy something through one of these links, we may earn an affiliate commission.