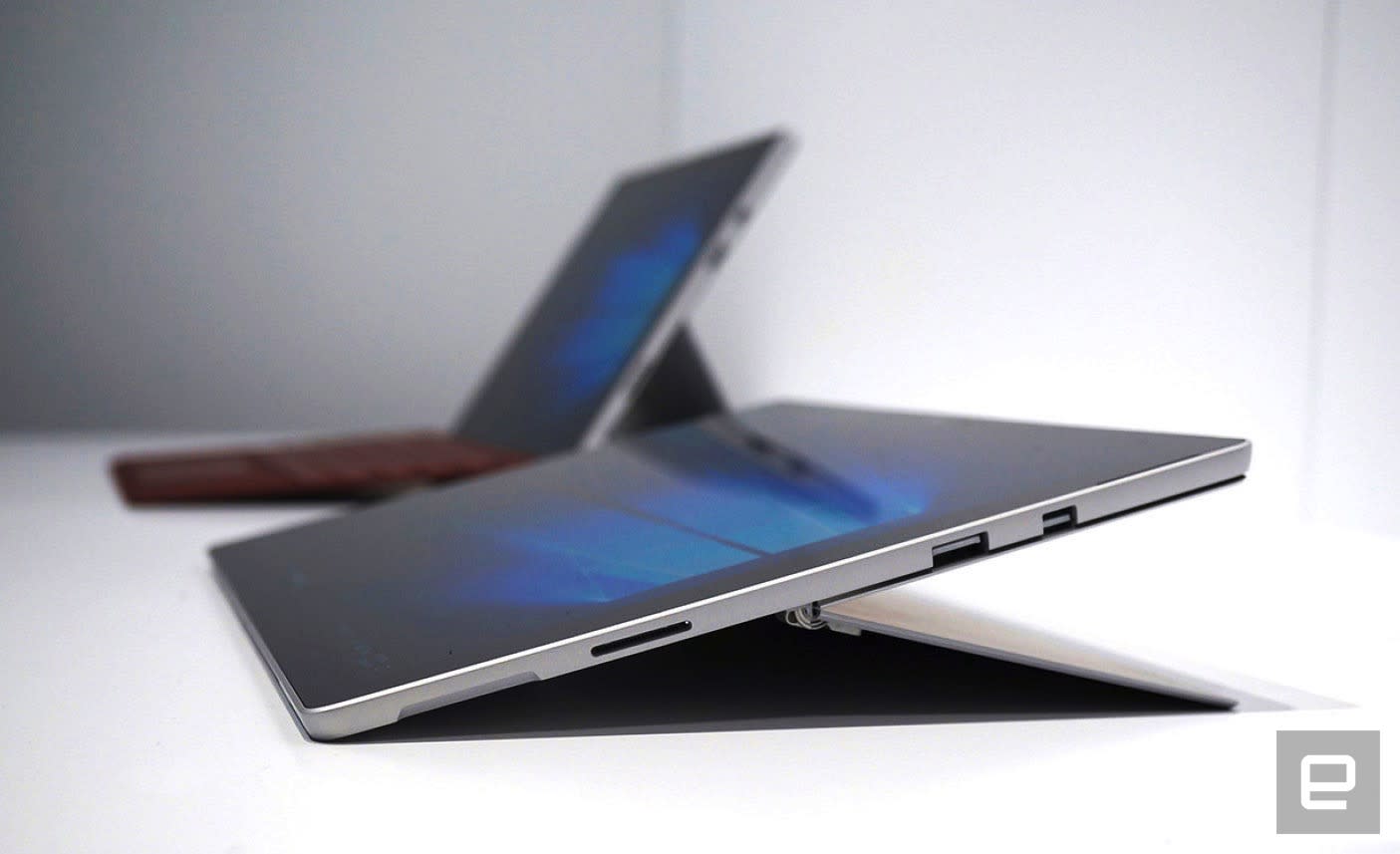 Microsoft will try making another inexpensive tablet. Redmond is rumored to launch a new, cheaper slate to compete with the iPad this year, according to Bloomberg's sources. Like Apple's tablet, the device will have rounded corners and a 10-inch screen, along with a kickstand and a USB C port for charging and syncing. It'll cost around $400, or half that of a Surface Pro.

Configurations may include 64GB of storage and 128GB of storage, in addition to models with built-in LTE, and there will apparently be a new, lower-priced keyboard cover available as well. In terms of graphics and processors, Intel is on tap to supply both.

Versus the current Surface Pro lineup, it's expected that the new lower cost model will weigh less (by 20 percent) and also have shorter battery life (by four hours).

The kicker here is that the new lower-cost unit will apparently run Windows 10 Pro -- not Windows 10 S or a different OS like the Surface RT did. The Surface RT never really took off because of its software limitations. At one point, Microsoft gave away 10,000 of them to educators, before dropping the price to $200 for schools.

Of course, the $500 Surface 3 exists, but that's three years old by this point. Based on the leaked details, regardless of whatever Microsoft ends up calling this, it could be a perfect fit for a lot of people. iOS isn't without its share of issues, and current Surface Books start at around double the rumored price.

In this article: education, gadgetry, gadgets, gear, intel, microsoft, rumor, surface, surfacert, surfacetablet, tablet
All products recommended by Engadget are selected by our editorial team, independent of our parent company. Some of our stories include affiliate links. If you buy something through one of these links, we may earn an affiliate commission.