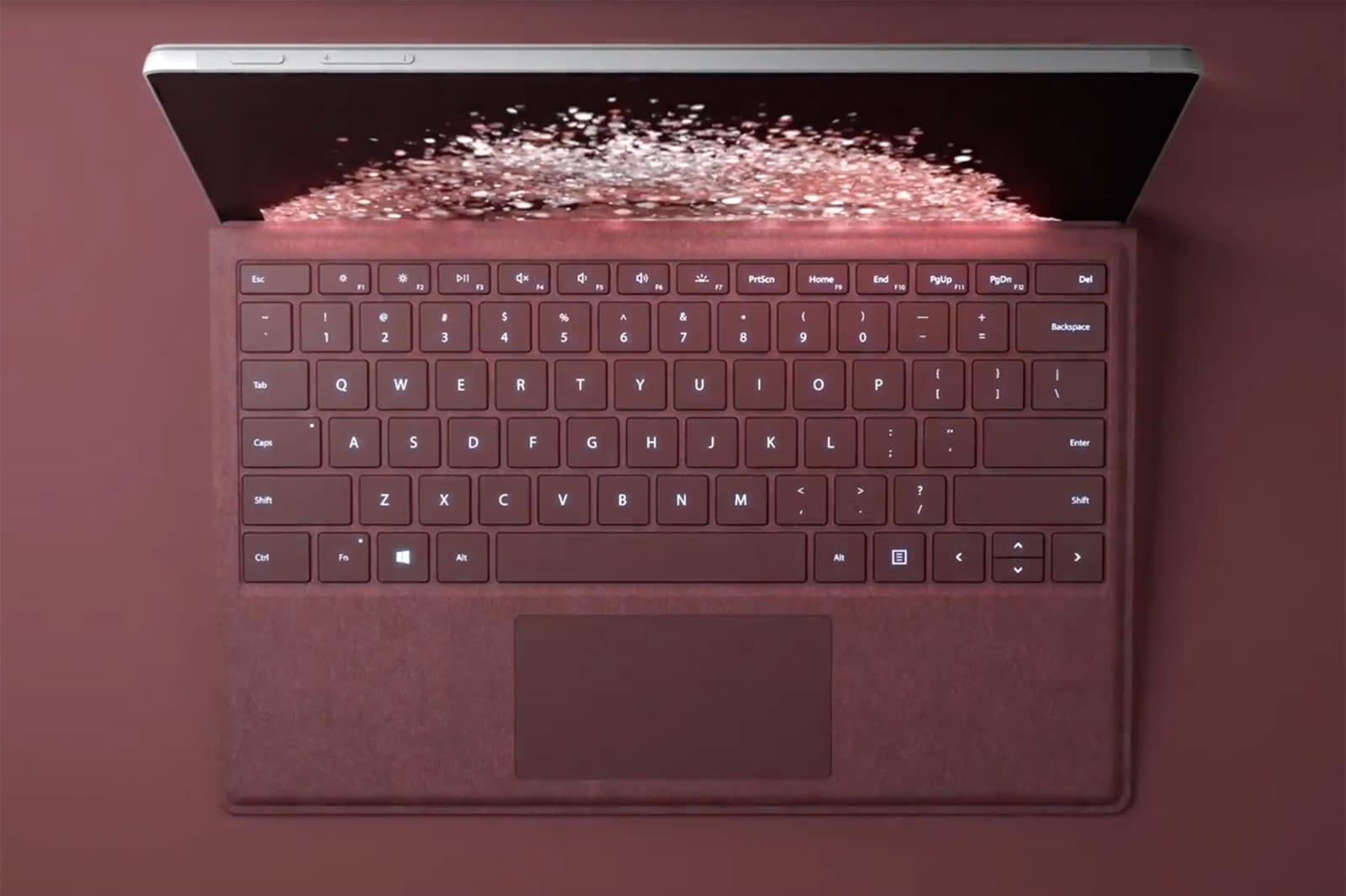 Microsoft wants to make it easier to buy into the Surface family. The company has begun offering a lower specced Laptop running Windows 10 S -- Microsoft's take on Chrome OS -- and an Intel Core m3 processor in the US. It'll set you back $799 versus the standard model's $999 asking price, and is only available in the platinum colorway, as spotted by Windows Central. As for storage and memory, you'll get 128GB and 4GB, respectively. If you're thinking that sounds an awful lot like the $799 Surface Pro tablet, you aren't wrong. But, that won't get you a keyboard cover, which The Verge points out is a $130 add-on.

In related news, Microsoft has also debuted a new variation of the Surface Book 2 with less storage and a lower price. An entry-level model with 128GB of storage and a 13.5-inch screen, 8GB of RAM and an Intel Core i5 processor costs $1,199. For those keeping track at home, that's $300 cheaper than the previous lowest-cost model, but the discount comes at a price: half the internal storage.

Other prices have dropped as well. A Surface Laptop with an i5 processor, 8GB of RAM and 256GB of storage is $200 cheaper now, in what seems like a temporary sale rather than a permanent price cut.

The pair of these "new" devices likely aren't going to make any waves with power users, but they represent Microsoft's next steps for the Surface line. Specifically, hitting mass adoption. The lower-priced Surface Laptop is perfect for people who just need a computer for email and word processing tasks, while the Surface Book 2 could sway potential MacBook Air and MacBook customers toward Windows.

The company recently posted 2 percent growth in its "Personal Computing" segment, and more moves like this could help drive sales and increase that relatively stagnant number.

In this article: corem3, corem5, gear, intel, laptop, m3, microsoft, personal computing, personalcomputing, pricecut, surfacebook, surfacebook2, surfacelaptop, windows, windows10, windows10s
All products recommended by Engadget are selected by our editorial team, independent of our parent company. Some of our stories include affiliate links. If you buy something through one of these links, we may earn an affiliate commission.