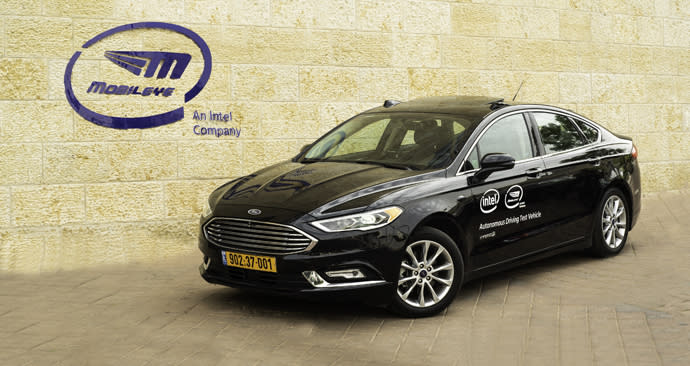 Autonomous car makers are running more and more real-world tests, and Intel is now joining the fray, bringing its self-driving cars to the roads of Jerusalem. The company's Mobileye subsidiary, which develops self-driving technology, calls the city home. And since, according to Mobileye CEO Amnon Shashua, Jerusalem has a reputation for aggressive driving, it doesn't seem it will have to go very far to test the limits of the cars' artificial intelligence.

Testing in the challenging Jerusalem conditions, Shashua wrote in a blog post, should showcase the cars' ability to make quick decisions. They must react to other drivers and pedestrians who don't use crosswalks without causing slowdowns or accidents.

The initial test cars are using camera data alone to process their surroundings, and Mobileye will soon complement that with radar and lidar. The goal is to eventually have several viable systems, each of which Mobileye says "can support fully autonomous driving on its own," interweaved to create "true redundancy" -- if one system fails, the others simply pick up the slack.

Mobileye wants its cars to be a thousand times more reliable than a human driver, by meeting a failure probability rate called "mean time between failure" (MTBF) of a billion hours -- meaning that's how long the vehicles are likely to travel, on average, before a sensor error causes a death. With a single sensor system in place, such as the cameras, Mobileye would need to process a billion hours' worth of data to validate its MTBF target. It says true redundancy lowers that figure to 30,000 hours of data, or the square root of a billion hours, with the multiple systems seemingly acting as a failsafe for each other.

University of Michigan researchers said in a white paper last year automated carmakers could accelerate testing by breaking down tough real-world driving scenarios into components and simulating or testing them repeatedly. However, safety is paramount, and perception matters. If consumers suspect that carmakers were somehow cutting corners by lowering testing times, they'll be far less inclined to step into a self-driving car.

Intel and Mobileye plan to test the cars elsewhere in the coming months, including in the US, and they aim to have high-automation and completely automated cars in full production by 2021. Intel will hope there's no delays in testing or manufacturing, especially since Reuters reported today that Mobileye agreed to provide eight million cars to a European automaker. Those won't be fully automated, however -- they will control themselves, but drivers need to stay alert in case they need to take over.

In this article: ai, artificialintelligence, cars, gear, intel, tomorrow, transportation
All products recommended by Engadget are selected by our editorial team, independent of our parent company. Some of our stories include affiliate links. If you buy something through one of these links, we may earn an affiliate commission.