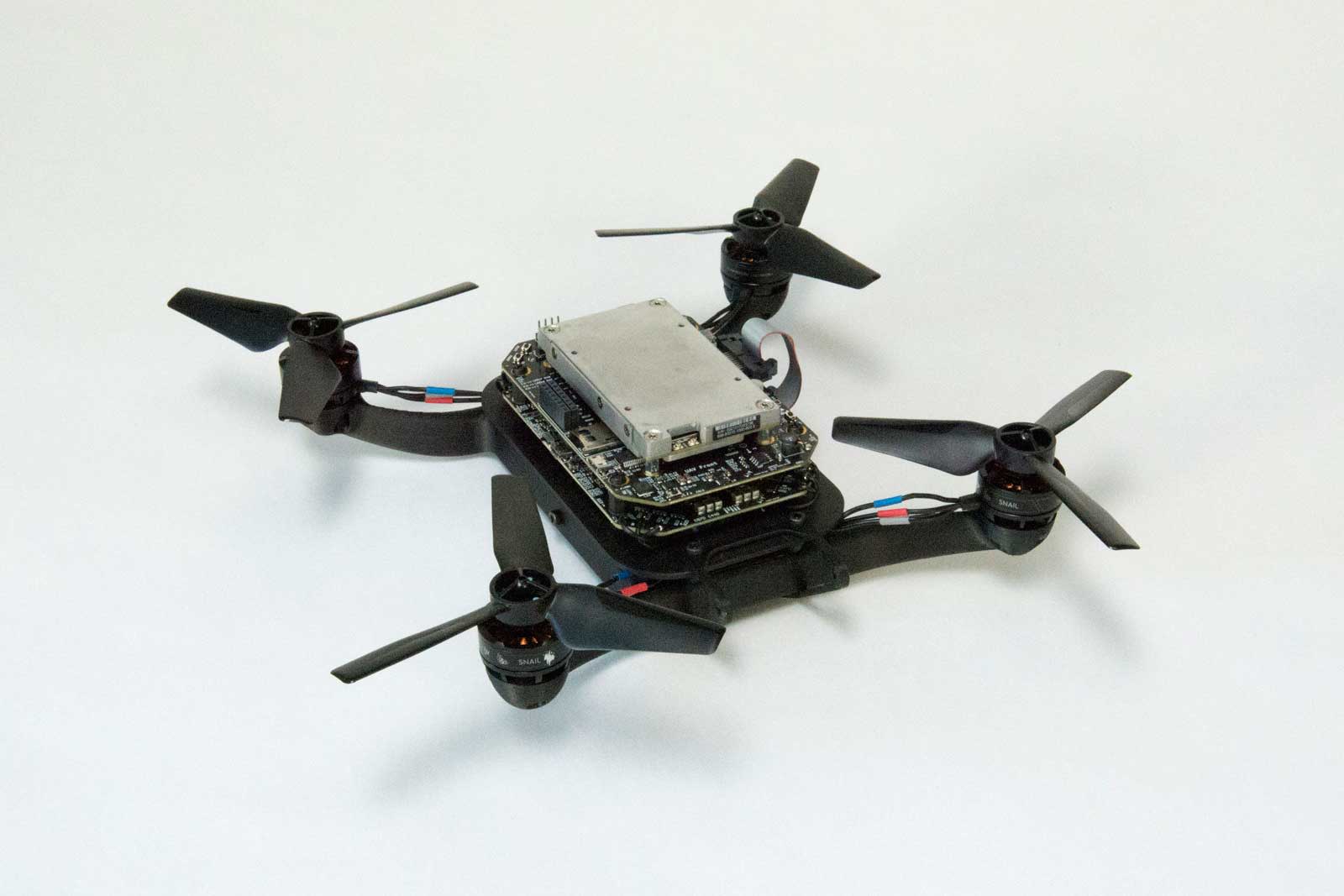 It's not easy to teach drones to fly quickly and safely. You usually have to create an elaborate proving ground with real obstacles, and a single mishap could prove very costly. MIT's solution? Have the drones fly around imaginary objects. The school's engineers have created a virtual testing ground, nicknamed Flight Googles, that has drones flying through a simulated landscape in the safety of an empty room. Motion capture cameras around the space track the orientation of the drone and help the system send realistic, customized virtual images to the drone to convince it that it's flying through an apartment or another obstacle-laden environment.

The drone needs to carry a "powerful" embedded computer, a camera and an inertial measurement sensor on its back (shown above), but it's effective -- the drone can practice as much as necessary without smacking into something real. The results aren't perfect when the drone still ran into trouble six times out of 119 real-world flights, but that beats crashing relatively early.

While safety is clearly important here, the training environment is ultimately focused on speed -- the team took its inspiration from drone racing, where pilots frequently have just a split second to dodge fellow fliers or unexpected hurdles. However, its applications go well beyond that. Researchers imagine this helping drones learn to fly real-world buildings at speed, or even to dodge around moving humans. This could be useful for everything from rescue missions to the battlefield, or even just follow-me sports drones that could stay close to a fast-moving human without fear of a collision.

In this article: ai, artificialintelligence, computervision, drone, gear, mit, robots, science
All products recommended by Engadget are selected by our editorial team, independent of our parent company. Some of our stories include affiliate links. If you buy something through one of these links, we may earn an affiliate commission.