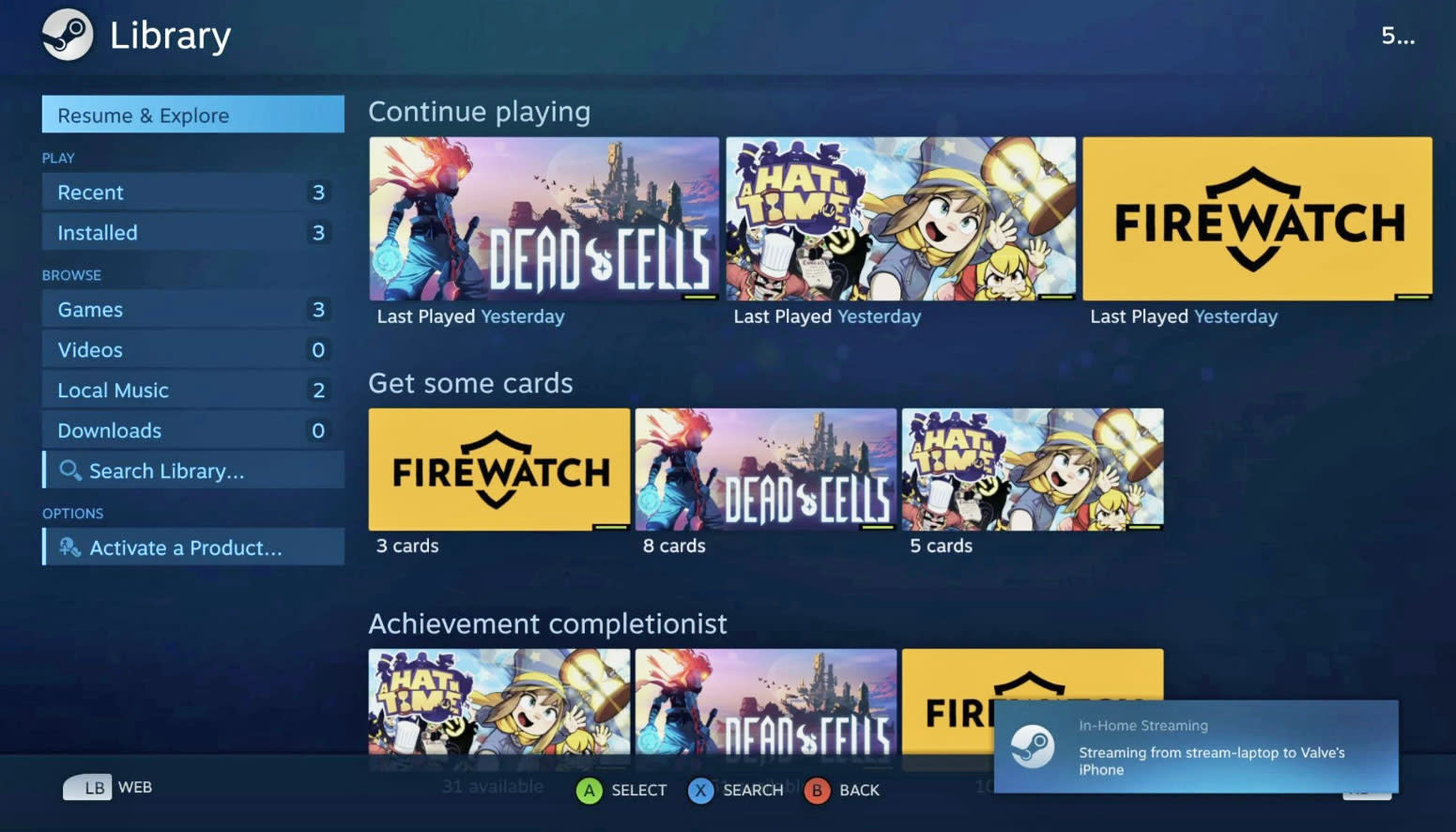 If you've been itching to play Steam games on your phone, the day you've been waiting for has arrived -- we just hope you have an Android device. The Steam Link app, which gives you the power to stream games from your computer without having to buy Valve's micro PC of the same name, is now available on Google Play. It will run on any device running Android 5.0 or later, but since it's still in beta, you can probably expect to encounter some hiccups along the way.

The app won't really allow you take your gaming with you wherever you go, since your phone has to be either physically linked to the PC via Ethernet or connected to the same 5Ghz WiFi network. But it'll give you a way to play away from your computer, say in the toilet or in the laundry room while waiting for a load to finish. Valve Senior Software Engineer Sam Lantinga told Variety that "if you have a powerful rig, wired network and very good client device, it's possible to stream at 4K 60 fps." If your setup isn't capable of that, the app will try to stream games at 1080p.

Valve has recently rolled out a Steam Beta client that activates the Link app's support for the Steam Controller, so yes, you can use the platform's own gamepad to play games on your phone. You can also use any other Android-compatible controller, though. Unfortunately, the iOS version is still pending review, and Valve can't say when it'll also become available. Once it arrives, it'll be able to run on devices running iOS 10 or later, as well as on Apple TVs running tvOS 10.3 and above.

In this article: android, gaming, mobile, steam, steamlink, valve
All products recommended by Engadget are selected by our editorial team, independent of our parent company. Some of our stories include affiliate links. If you buy something through one of these links, we may earn an affiliate commission.