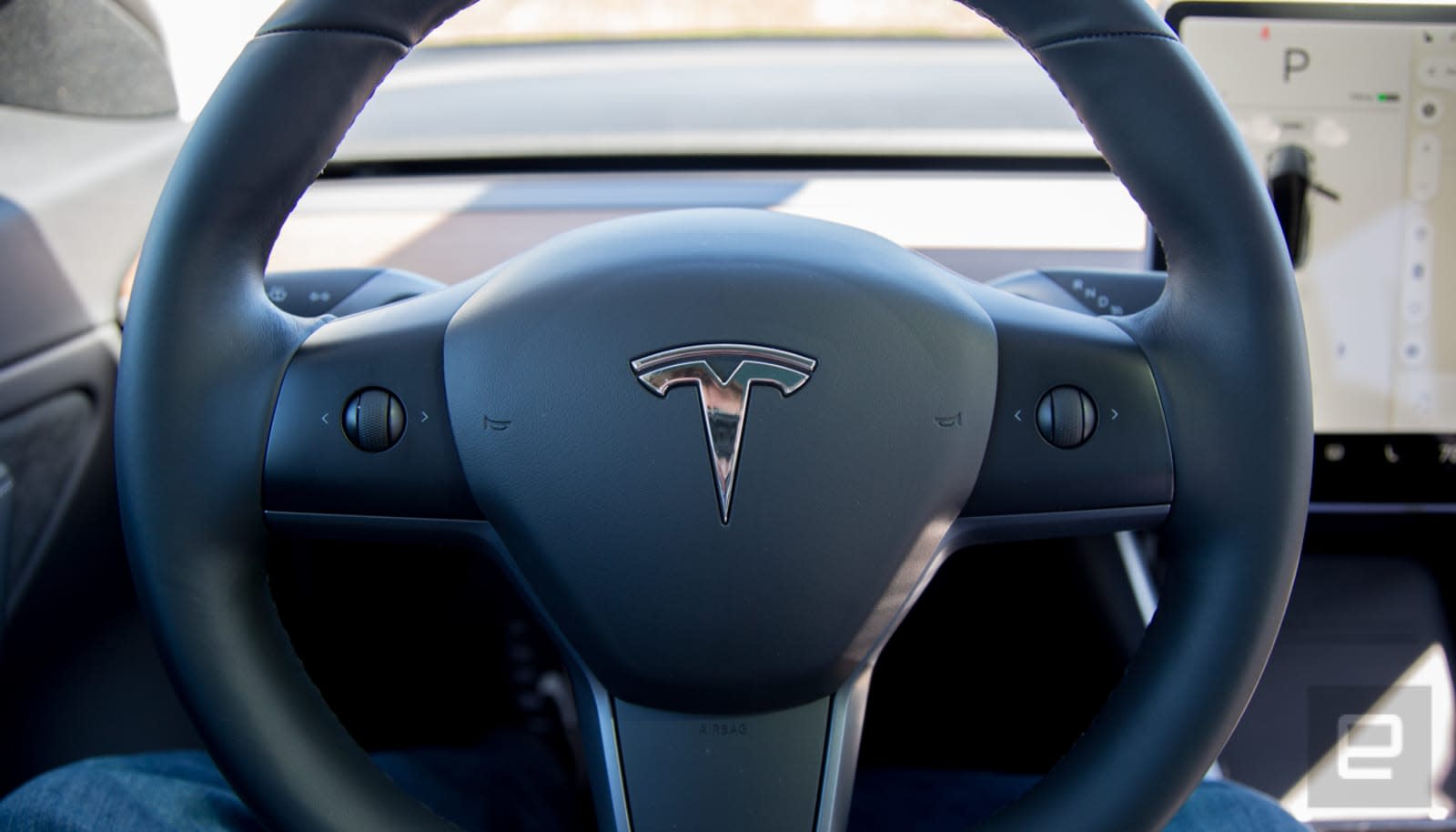 Tesla is facing another National Highway Traffic Safety Administration probe after a Model S crashed into the back of a fire truck while Autopilot was on -- but only to gather info about the incident. While it may take a while before the NHTSA reveals its findings, the South Jordan Police Department has already shared a report based on the data logs Tesla extracted from the vehicle. According to those logs, the driver kept on taking her hands off the wheel and would only put them back for a few seconds every time a visual alert flashed. The cops gave her a citation after the logs were released, and she admitted that she was looking at her phone and stepped on the brake pedal merely a few seconds before she crashed into the truck.

While this may sound like a pretty open-and-shut case, it highlights how some Tesla owners might not fully understand how to properly wield Autopilot's power. Autopilot's name makes it sound like it's a Level 5 autonomous driving technology, but it's really more of a driver assist tech in its current form.

The previous Tesla vehicle incidents that US safety regulators investigated also involved drivers whose hands were off the wheel or weren't paying attention to the road. Tesla even issued a statement insisting that the Model X accident in Mountain View, which killed Apple engineer Walter Huang, wouldn't have happened if he was looking at what's in front of him. (His family said the vehicle veered towards the barrier he crashed into before the fatal accident itself, though, and believes Tesla doubled down on putting the blame on him in order to distract from their concerns regarding Autopilot.)

Tesla has long been the target of criticism for not equipping its vehicles with extra safety measures to ensure drivers keep their hands on the wheel -- something the company says people must do at all times while on Autopilot. A recent Wall Street Journal report said the automaker nixed plans to put eye-tracking and steering wheel sensors in its cars due to concerns over cost. Those sensors would be able to warn users if they take their eyes off the road or if their hands wander elsewhere. Tesla chief Elon Musk, however, refuted the accusation and said that the company chose not to incorporate eye tracking, because it was ineffective.

This is false. Eyetracking rejected for being ineffective, not for cost. WSJ fails to mention that Tesla is safest car on road, which would make article ridiculous. Approx 4X better than avg.

As for this particular incident, Musk expressed dismay that a "Tesla crash resulting in a broken ankle is front page news" while the "~40,000 people who died in US auto accidents alone in past year get almost no coverage." He said another car hitting a fire truck at 60 mph would've resulted in severe injury or death.

In this article: accident, autopilot, crash, gear, tesla, transportation
All products recommended by Engadget are selected by our editorial team, independent of our parent company. Some of our stories include affiliate links. If you buy something through one of these links, we may earn an affiliate commission.