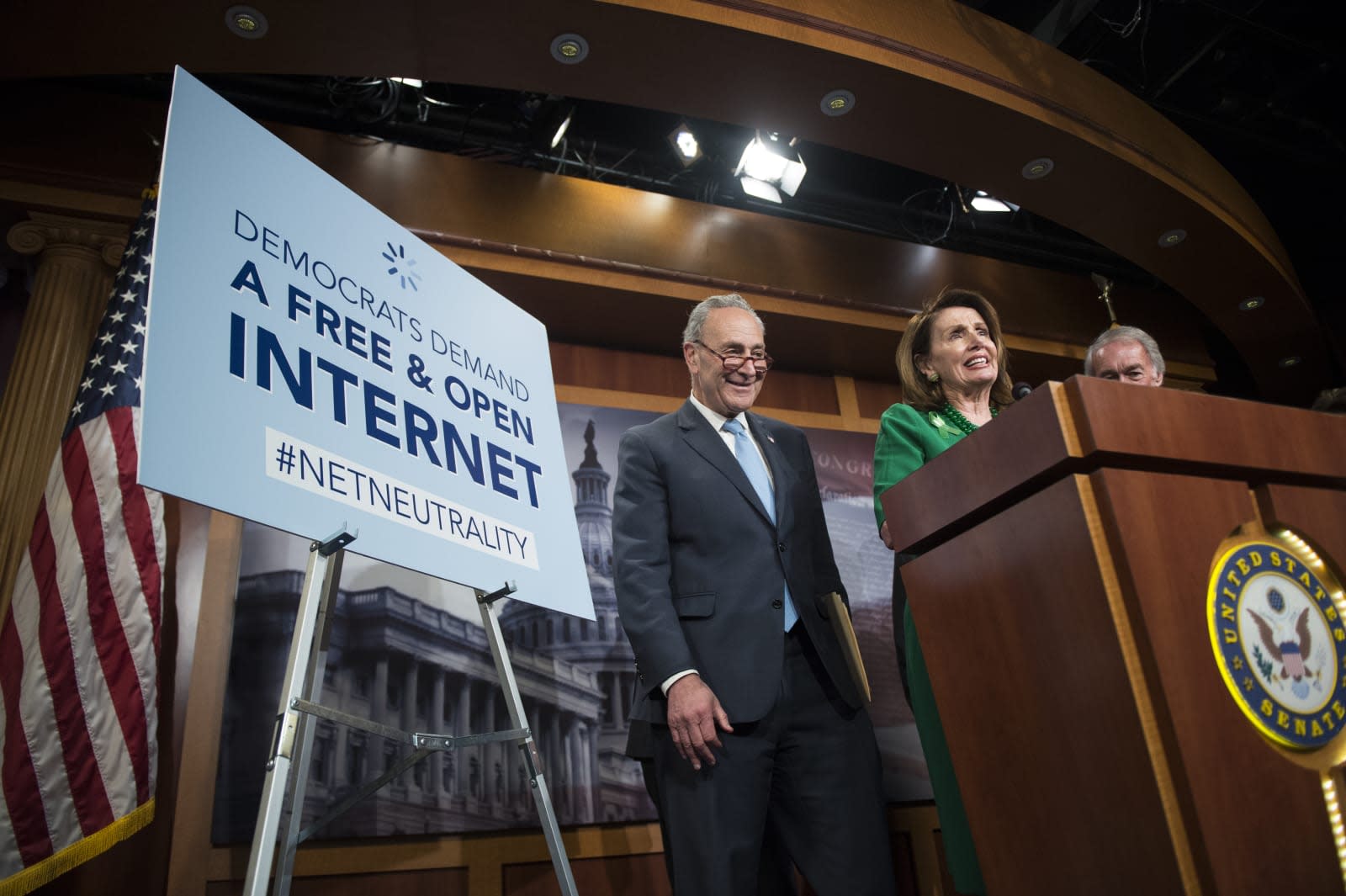 Earlier this week, Senate Democrats, with the help of three Republicans, managed to pass a resolution to save net neutrality before its upcoming repeal in June. Now their counterparts in the House are trying to rally enough signatures to force a similar vote in that chamber. They have 90 Democrats but need over 20 Republican representatives to break ranks and sign on. The road to saving net neutrality is still very uphill.

Rep. Mike Doyle (D-PA) introduced a discharge petition allowing the House to force a vote if half of the representatives sign on -- an action to get around the Speaker of the House Paul Ryan, who would almost certainly stall a traditionally-presented motion to save net neutrality. This is still an early move in a long campaign, however, as Democrats would need to conceivably convert more than a score of Republicans in the actual House vote.

Given that the Senate vote tracked along party lines, except for the three Republicans, representing 3 percent of that chamber, it will take more convincing to convert five percent of the House. Per the Electronic Frontier Foundation, 160 representatives have pre-committed to voting for the bill if it should reach the House floor. But it could take some time to gather all the signatures.

If a net neutrality-saving resolution did somehow pass, it would head to Trump's desk and a very likely veto. But for advocates of an accessible internet free from throttling by service providers, this is a necessary and encouraging step. Democrats are attempting to stop the repeal of net neutrality rules passed in 2015 which essentially prevent internet service providers from arbitrarily restricting or slowing access to websites.

In this article: ajitpai, FCC, HouseOfRepresentatives, internet, NetNeutrality, politics, senate
All products recommended by Engadget are selected by our editorial team, independent of our parent company. Some of our stories include affiliate links. If you buy something through one of these links, we may earn an affiliate commission.