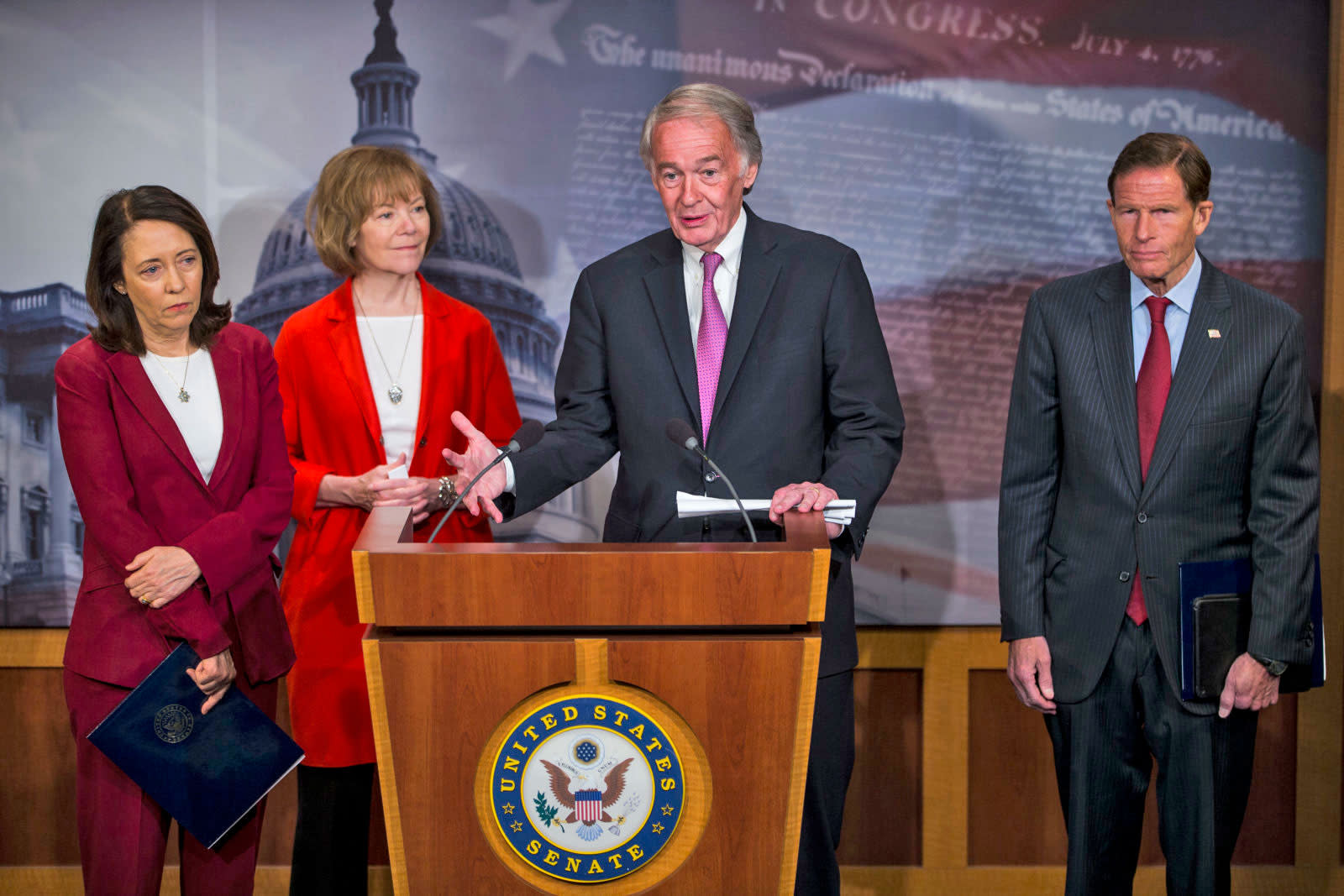 A spirited campaign by Democratic lawmakers to save net neutrality has passed the Senate, moving one step closer toward forestalling its scheduled demise on June 11th. The vote was predictably close along party lines: In addition to every Democrat supporting the legislation, the final 52-47 tally featured three Republican legislators, Susan Collins (R-ME), Lisa Murkowski (R-AK) and John Kennedy (R-LA), voting in favor of the bill.

"We don't let water companies or phone companies discriminate against customers, we don't restrict access to freeways deciding you can use them and you can't," Sen. Charles Schumer (D-NY) said before the official vote. "Are you on the side of large internet companies, or are you on the side of American families? That's what this debate is about."

Of course, after its passage, this Resolution of Disapproval heads to the House of Representatives. There, Democrats need 25 Republicans to agree to force a vote, but there it would likely be shot down. Even if it succeeds, the bill would head to Trump's desk and an almost certain veto. There's a lot of work to preserve net neutrality before its repeal in June, and some dismissed the bill as insufficient and partisan.

"I rise in support of net neutrality, but there are many of us who believe in codifying net neutrality, but what doesn't make sense is this legislation," said Sen. John Thune (R-SD) in the session's opening. He, among other Republicans, denounced Democrats for politicizing the issue, continuing: "Why aren't we debating a bipartisan bill instead of a partisan solution?"

Democrats are happy to create bipartisan legislation, Schumer said, but it will take awhile -- the Resolution of Disapproval is a protective step in the meantime. It would halt the removal of regulations passed in 2015 to prevent internet service providers from blocking or throttling access to any site on the web.

In this article: ajitpai, FCC, internet, NetNeutrality, politics, senate
All products recommended by Engadget are selected by our editorial team, independent of our parent company. Some of our stories include affiliate links. If you buy something through one of these links, we may earn an affiliate commission.