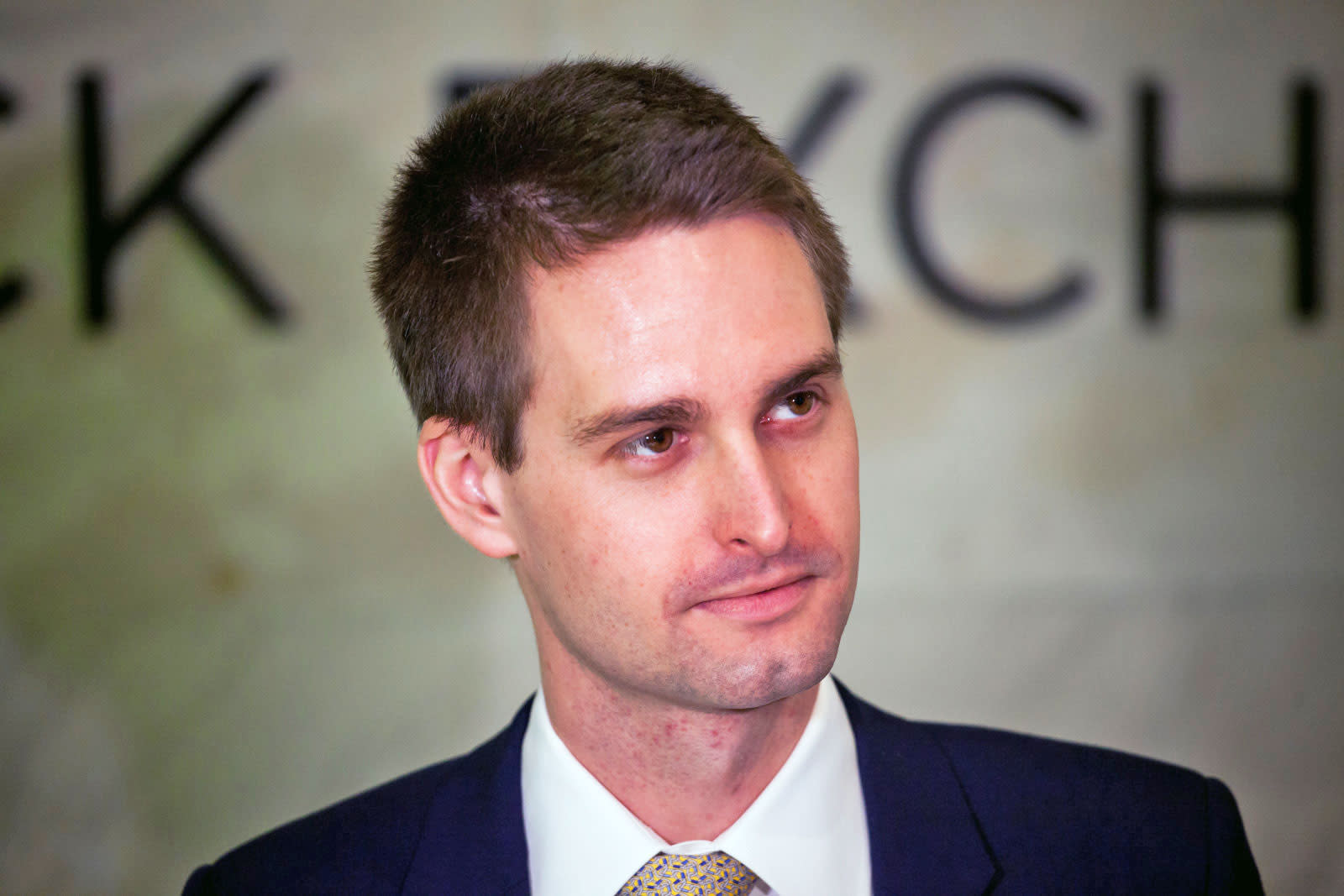 Snapchat's major redesign was widely unpopular, contributing to a decline in Snap's growth and, ultimately, another redesign. Now, The Information reports that the design was released despite reservations from Snapchat engineers and a mediocre performance during pre-launch tests. After CEO Evan Spiegel decided he wanted to completely revamp the app's design, he gave the company's engineers a short timeframe in which to complete it and some current and former employees told The Information that the overall goal -- to make the app easier to use, Spiegel said later -- wasn't adequately conveyed to those working on bringing the new design to life.

The Information's sources said that Spiegel didn't consult with design or engineering executives about the new functionality or its intended goal. Additionally, when Snap tested the new design last December, the results weren't terribly positive, according to people who saw them. Some engagement metrics reportedly dropped and users watched fewer Stories. Some of Snapchat's designers conveyed concern over the design and the testing data, but the redesign was launched anyway.

Subsequent changes to the redesign were apparently made not by Spiegel, but by a team of Snapchat designers. Though Spiegel oversaw and approved the changes, the designers ultimately generated the plans for the redesign of the redesign. In an email to The Information, Spiegel said, "There is no doubt that collaboration yields better results :)"

We've reached out to Snap and we'll update this post if we receive more information.

In this article: design, evanspiegel, gear, mobile, snap, snapchat
All products recommended by Engadget are selected by our editorial team, independent of our parent company. Some of our stories include affiliate links. If you buy something through one of these links, we may earn an affiliate commission.